What is best Halloween/spooky/scary pinball lineup?

I figured I’d disqualify CFTBL since it’s more of a 50s drive in theme, although IMO it has the BEST multiball start sequence of any game ever

Tales from the crypt would have to be in my list. Maybe Bone busters or ghostbusters. An Elvira pin (scared stiff). Haunted House. Possibly rob zombie.

I would have to think more about a 10 pin list. 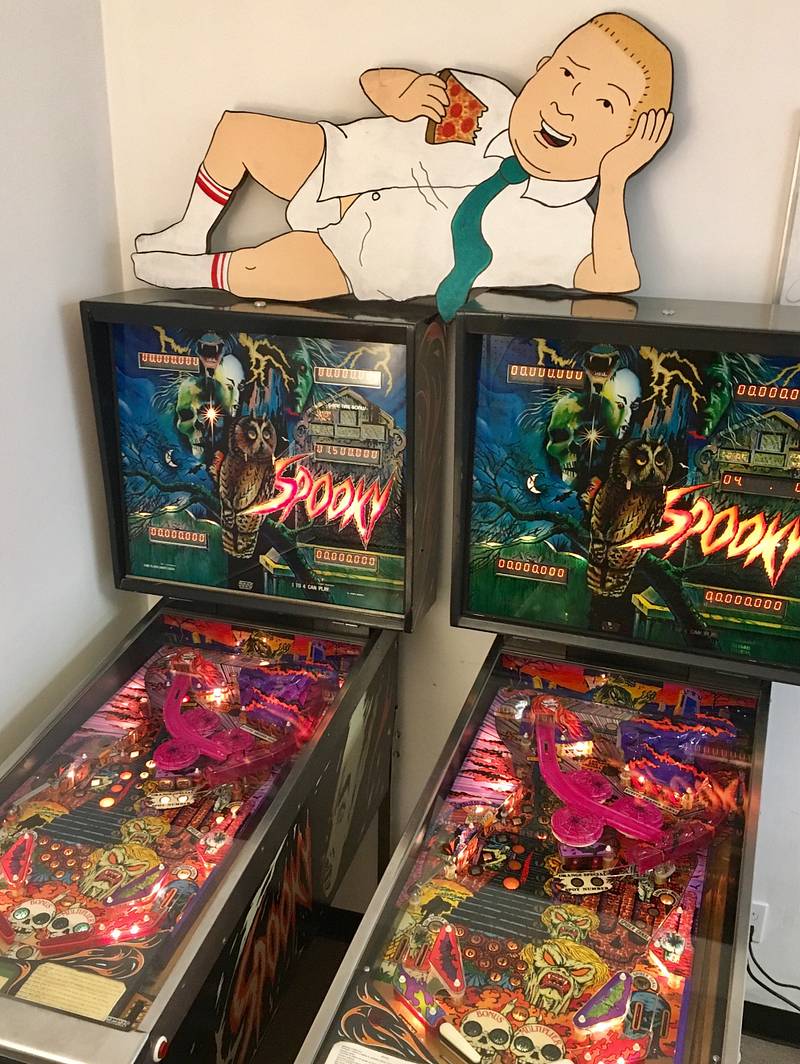 I chose to eliminate space/scifi and only stick with "monsters"

Hey another excuse for me to post this [quoted image]

Everything about that is scary!

I like Spooky/Horror themes. Here is what I have in that category -

I am trying to organize things a bit from era, maker, style, etc. I left out home brew games, prototypes and games that had under 50 produced, and games that are "questionable" to fit in the haunted category. There were quite a few I felt fell into a "mythology" or "sci-fi" category, and didn't quite fit in.

Hey another excuse for me to post this [quoted image]

We have one too!

Our whole lineup at Pinball Expo will suffice... as it's a full on hauntcade! Drop by (if near Chicago) and give it a gander at Horrorhouse Fest!

In my opinion they still haven't made a proper horror based pin. Funny and cheesy and all that, ok but no intense thriller's that's for sure.
Dracula
Freddy
TWD
Centaur
TFTC