Hello all! I had a few questions to ask the pinball community here.

First off, is Go DMD Legit? I ordered the go dmd device and the case almost 3 months ago ($165), but it hasn’t arrived, no shipment notification and no answer when I’ve politely asked a couple times if my order is still being processed. I am patient and understanding in these times, but at this point it seems misleading for their site to have take the money if they didn’t have the ability to ship them within the next few months. Especially when they just disappear and ignore my basic request for a status update.
Then I saw this post where someone was saying the seller, Steve, stole the idea from Run DMD (?) which also makes me hesitate. https://pinside.com/pinball/forum/topic/dmdmk64-new-dmd-multicolor-by-pinballsp-is-on-the-way/page/7

I’m just trying to figure out what to do and I’m not making accusations other than my experience with Go DMD hasn’t been good so far; I am considering having my bank revert the charge to get my money back and then go with Run DMD.

Is there a benefit to Run DMD, or a benefit for sticking it out and continue trying to get the product I already purchased? I like that the Go DMD works with that Pin2DMD software and that you can play pinball table emulators and get the animations and trim them to your liking. I’m not sure if you can edit your own animated pinball clips like that with Run DMD or how Run DMD works? The cool thing about Run DMD however, is that it appears to have a masked layer to where the animations overlay ontop of the clock digits themselves (Go DMD seems to just change from animation to clock back and forth, less dynamically).

Thanks for any help

First off - your link to the AliExpress LED panels is no good for us to use. It’s linked to your own account. I think you mean these as they say ‘compatible with Pin2DMD’ - but I’m not sure.

I actually looked into this quite a bit and went the Run-DMD route... and did get it working. I bought an acrylic panel kit to hold everything for $30 here on pinside. Came with the assembly hardware & a 3A 5v Power plug.

Did something change? I thought run dmd announced they were making their final batch a year or so ago.

I’d say parts shipping internationally might be stuck in customs due to covid. Not really the sellers fault.

Did something change? I thought run dmd announced they were making their final batch a year or so ago.
I’d say parts shipping internationally might be stuck in customs due to covid. Not really the sellers fault.

I just bought a Run-DMD board, it took like 2wks to get to the US. It only comes with “clock software” on the card. Yep- That’s it- only a clock display. Unless you can figure out how to get a file or create your own graphics... and write them to the SD card.

Quick question for people out there. I understand you need an LED 5v display for Run-Dmd (or any of these solutions). A plasma DMD would be a nightmare because of the HV boards needed.

So can you run just the LED panels directly (see my link above) from the Run-DMD board using the Hub75 ports on the LED panels? I got it working with a Pin2DMD display, but it seems to be overkill.

I just bought a Run-DMD board, it took like 2wks to get to the US. It only comes with “clock software” on the card. Yep- That’s it- only a clock display. Unless you can figure out how to get a file or create your own graphics... and write them to the SD card.

Yeah you probably can get a hold of a clock version with animations, I found an old one.
Bump on the question about using the Hub75 Pin2DMD display panels directly with the Run-DMD board (white or Edge). I think you can...
Any additional info would be greatly appreciated, and yes I have read tons of threads going back 4-5yrs.

OK - This is what I know (now). To use the RGB hub75 displays you need a Run-DMD White. You can get single color displays of various shades using DIP switches.

I have the Edge card, which needs a +5v Pinball LED Display (I was running a Stern Red display) OR single Color or Dual Color Hub08 Displays. I bought 2 x RG displays for a large clock and can select Red, Green or Amber/Orange using jumpers on the card. Am in the process of sorting out a frame and tinted front panel.

Display ends up being 128 x 32 Pixels and 24” x 6”. It’s really bright (needs a dedicated external +5v psu). Way better than the pinball LED display from a distance. Pics don’t do it justice.

Only downside of Run-DMD: You can’t add or edit your own animations. I have yet to find any tools that allow this.

alienpoker, wow thanks for all the responses, I didn't realize anyone responded to my thread (I'm not sure how to turn on notifications).

I ended up purchasing the Run-DMD right after I began this thread. I must be cursed when it comes to the pinball clock because it's almost 2 months later and I still have yet to get my hands on the Run-DMD. So a combined 5 months of waiting trying to get a pinball clock overall

But to be clear, in the case of the Run-DMD, the seller DID ship it out pretty quickly to me, so it wasn't his fault. The post-office got confused by the way the Swedish postage is labeled and they returned it to sender once it got to my town, then it got lost in the mail and it hasnt had an update in the tracking in almost a month. I was so close to having it!

I asked the seller if he would be willing to send me a new one, since this one seemed to be lost and he was looking into package claim for it. I think maybe my email confused him, or maybe he didnt realize I already have bought all the other parts for this project, but he refunded my order and said he has no more new units and is on back order for a couple weeks. I quickly messaged him saying that I have invested in this and definitely dont want to cancel it!
I made my run DMD order on Aug 2, so I am hoping I still have my place in line for the order. Again, he did ship it correctly but it was just lost in the post unfortunately. So I don't blame him at all and feel bad that it became a hassle. But I already have purchased the custom Run DMD frame and assembled it and have everything ready for it, so I definitely still want the item. Hopefully I'll hear back from him tonight

I am still very excited to get it all set up and it looks like a wonderful item. The process of achieving it has been a bit frustrating at times, but I don't want to complain too much, especially during these times when many are less fortunate.

When I do get it set up, I want to make a video for my channel on how to set it all up and how it works etc 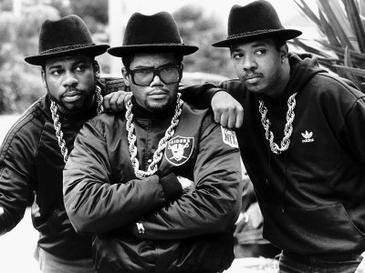 Just an update for anyone who found this thread and is interested in a Run DMD or a Go DMD (spoiler: Get the Run DMD, and avoid the Go DMD). As I mentioned before, the shipping issues on the Run DMD were not the fault of the seller and I eventually got my hands on it and it works great. Super easy to install and easy to learn how to add the animations.

But because the Run DMD was sold out when mine was lost in the mail, I had originally tried buying the Go DMD again (through my girlfriend). The very first time I tried buying the Go DMD the guy never sent it and disappeared, would not respond to any messages until I threatened a chargeback, then he finally agreed to a refund. He said it was taking a long time to get the parts for the clock case (thats fine, but dont list it as "in stock" if you are dont have the product and arent willing to answer the customer over 2 months without sending them their item or any updates).

This next time I tried ordering the Go DMD again (I know, dumb mistake), I thought it would be fine because this time I did not need the case, which was the part that apparently he didnt actually have. So I ordered the Go DMD clock device and he sent it quickly, and I got it a month later and it wasnt too bad. The problem was that the thing didn't work. I plugged it into my LED panels and it just flickered lines on the screen. I put together an extensive overview (as well as videos and photos) of all the steps I took to follow the instructions on his website and asked the seller what I was doing wrong and how to get it to work [ https://imgur.com/a/oixjwXG ] . I felt like I went above and beyond what should be required for a customer, detailed everything and made it super easy for him to respond and explain what to do. Instead he just ignored my emails.

Eventually I asked him to let me refund and he declined (and still would not say that I had done anything wrong in my setup or offer any advice), so we had to get PayPal involved, who ended up siding with my side of the case. Even during the PayPal dispute, I had told the seller that even though I had bought the competitors Run DMD model and had that up and working, I would STILL be okay with keeping the Go DMD and I would even buy another paid of LED panels for it, if he would simply explain why following his instructions did not work. He just ignored that and eventually allowed the refund (which ended up being relatively expensive for me since I had to pay shipping on it).

It was bit frustrating because I had taken the time to learn how to cut up DMD animations for his Go DMD clock (which required patience and watching videos in German) and many hours of actually cutting up the animations and saving them. In the end I'm just happy that I eventually got the Run DMD clock instead, which is amazing and works just as expected.

I'm writing this so that hopefully other people have more information before they buy a Go DMD unit, and can wholeheartedly agree with others in the Poll at the top of this thread that the Run DMD is indeed the way to go. The seller of the Run DMD was also very responsive and helpful and it is a night and day difference with that product experience.

I'm not trying to ruffle anyones feathers, but I wanted to give an honest account of the product experience and hopefully this can help inform others.