Gabba Gabba Hey! Bring on The Ramones! (With Poll)

Bop til you drop

My Uncle Mark was in a high school band with Johnny and Tommy, called the Tangerine Puppets. He said Johnny was a royal asshole! He really liked Tommy though. He was like 15 at the time, rock stardom was not in his future.

My Aunt, on the other side of the family (dad) dated Joey Ramone! She has some bizarre story about how she met him, I think it was through a band members wanted ad. She was like 13 and he was graduated from high school. Her friends were making fun of her because he was so ugly, but she didn't break up with him until he demanded to come over to my grandmother's for Passover. Aunt Mo realized what a horror show that was going to be so she pulled the rip cord.

He was in a band called Sniper at the time and they played the local community center a few days after the breakup and called her a bitch from the stage!

I got nothing that good but I did shake Joey's sweaty meat paw during one of his last shows. When I moved to NYC in 1998 there was basically a Ramones-related club show every other weekend and I always did my best to attend, always great shows. 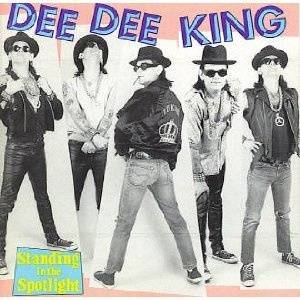 I'm not afraid to say it... Standing in the spotlight is one of my favorite albums. It's like watching a B movie. It's cheesy but entertaining and fun to watch. Iv'e been to about 20 Ramones shows and miss them a lot. You can watch the videos and listen to the tunes but the raw energy to their live shows was amazing. The Ramones and pinball would be perfect match.

I own Standing In The Spotlight on LP. Love it in a way that is not describable. Weird, surprising, bad, great, and a bunch more things.

Anthology such a great collection for a road trip. Remember my 3 year old singing happily along to “beat on the brat”. So good. Would love to play along to Surfin Bird. This would be the best music pin since AC/DC. One of the few pins where the songs are all amped and would never get sick of their songs. Short ball times please.

I had the good or bad fortune of living near the Chelsea hotel in the mid and late 90s and would see Dee Dee fairly often.

He was a regular at the Chelsea guitars usually trying to hawk or buy back one of his basses for dope money.

I talked to him a few times and wish i didnt.

I interviewed Dee Dee Ramone back in the early 90's when I free-lanced for a fanzine I no longer remember the name of and Dee Dee fronted a band I think I remember the name of; Chinese Rocks. He was still an excitable boy, but uh, he also seemed rather not smart. Let's just say I wanted the interview to end more than he did. No matter, he's still my hero even though I met said hero and it wasn't very impressive.
Now THAT'S punk. RIP Dee Dee, and all the other original Ramones, for that matter. Shit, all four of them are dead.

He was just being whatever people thought he was.... trying to live up to whatever image and being a fuck up.

I think their racket was they would sell his “bass he played with Ramones” for crazy money and hope some tourist would buy it.

If they did sell it they would magically have another “bass he played with the Ramones” for sale next day. I went in there probably 100 times and they always had something of his for sale which is odd since he was obviously broke and didnt own 30 basses.

He could never remember my name but he knew my band so he called me by my bands name… one of those people you talk to but they aren’t really there.

The Ramones are what they are... for most people they are a t-shirt.

To be a dick we used to go up to people in NYC wearing a Ramones shirt and ask them to name 5 Ramones songs, normally they didnt know any.

This thread has taken a sad and predictable turn as all threads about junkies do but let me just say it again...

This thread has taken a sad and predictable turn as all threads about junkies do but let me just say it again...
Ramones: Greatest American rock band!

I wasnt really trying to harp on the junkie thing more the trying to live up to an image.

Ramones like CBGB became a T shirt at some point and 100% image.... they became a symbol not a band.

Their records didnt sell but they did sell millions upon millions of t shirts all over the world... even Justin Beiber has one Im sure.

He was one of those people that would turn on the Dee Dee act depending on who was around. Thats the part that was sad.

Fat Mike is the worst with this... normal kinda quiet guy but get them in a room with 10 people who "know who they are" and boom its a song and dance clown show.

Happened upon this on a trip to LA last year. Didn’t even know he was buried there. Chris Cornell was right next to him. And I think Dee Dee is in the same cemetery but couldn’t find him. 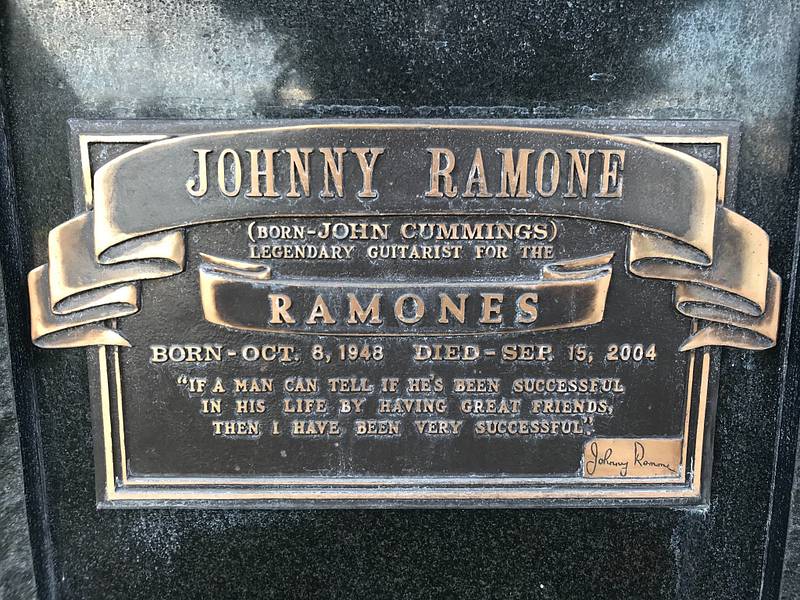 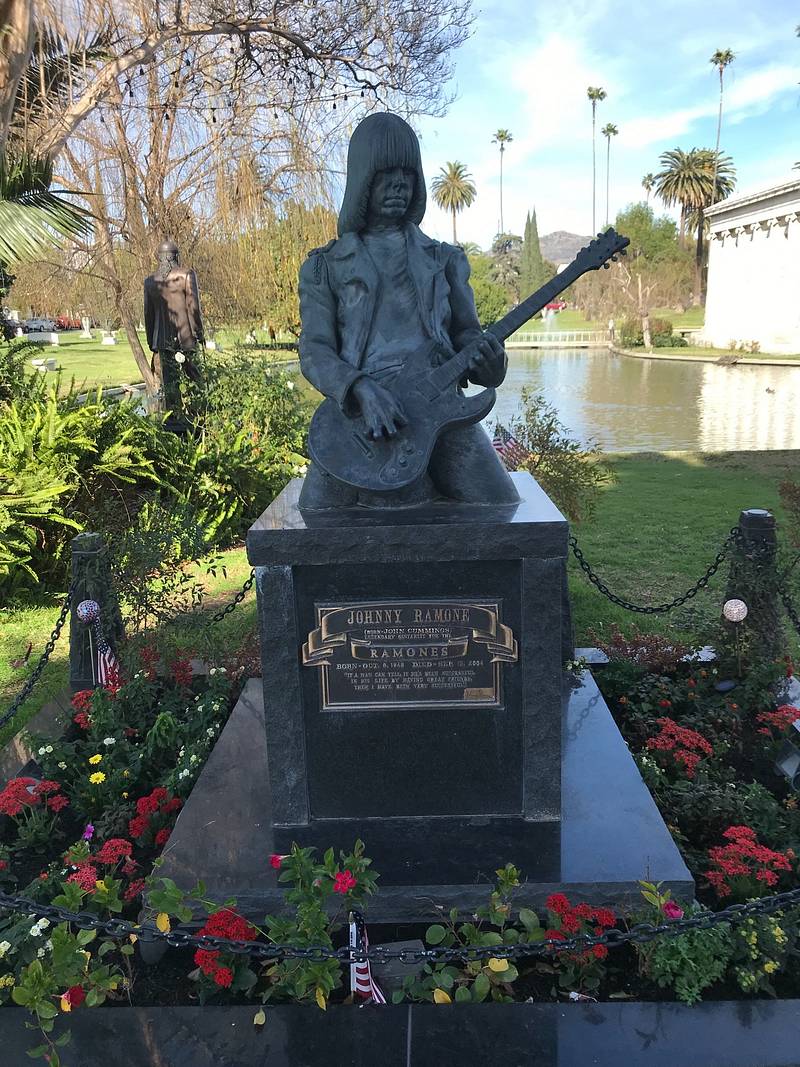