Need room for new game room acquisitions. I really like both of these games, and had intended on keeping them forever, but you can't keep everything when there are items still on your want list and space is getting scarce, right?

I bought this machine as a wreck and put a ton of work and a bit of money into it getting it to look and play nice. Still, it's just a players condition machine.

Here's what's wrong, all detailed in the pictures..
*Play field is mylared, and in a couple of areas the mylar is bubbling slightly over the inserts.
*There are also a couple of worn areas off the mylar (laser kick, and the right ramp drop).
*The backglass is OK, but someone at one time made a couple of scratches along the 'Time Machine' logo in the glass.
*The cabinet is in good shape but has been touched up to cover nicks and scratches.
*It could use a coin door, and maybe new legs if that kind of stuff bothers you.
*The Star Warp ramp is cracked in the center, like most are. I have fashioned a piece of stainless steel to recreate this area and to limit future damage. It look ok, and works very well.

Some good..
*The in lane ball returns have been replaced with cliffy reproductions.
*It comes with a partial set of plastics.
*The display is a new reproduction from Mark Spaeth, and looks pretty cool.
*I replaced all the flasher domes.
*It has LED's throughout, execpt for the flashers.
*Updated ROMS to latest revision.
*Boards are solid, and unhacked. I have owned the machine for a year, and have never had a single issue with it.
*Remote battery pack installed.

Pics will be attached along with links to photo albums in following posts.

Got this machine local to me and it also required a lot of work, but it plays nicely now. Players condition.

Not so good stuff:
*Mylared playfield, slightly raised in some small areas. Mylar over many of the inserts are bubbling.
*Arrow inserts are raised a very little bit. They're so slightly raised that they don't effect the trajectory of the ball even on slow rolls. I was thinking about fixing them at one point, but realized that it wouldn't be worth the effort.
*Worn areas on playfield not covered by mylar. Mostly on the kickback lane, and the spinner loop.
*Big chunk out of the lower edge on the front of the cab.
*Cab has some minor scaring around the side, but mostly in the black areas. Wouldn't be too hard to touch up.

Good stuff:
*100% working.
*New decals installed over the Yagov kicker, spinner and the carrier landing.
*The modification has been done to restore the red domed flashers near the top set of spot targets.
*New beacon motor installed and the beacon domes are in nice shape.
*Added spotlights to upper playfield area.
*LED's everywhere, except a couple of real PITA places to reach in the GI.
*Nice 'Remove Before Flight' Keyfob included.
*Remote battery pack installed.

Pics will be added along with links to photo albums in following posts.

Thanks for checking them out! 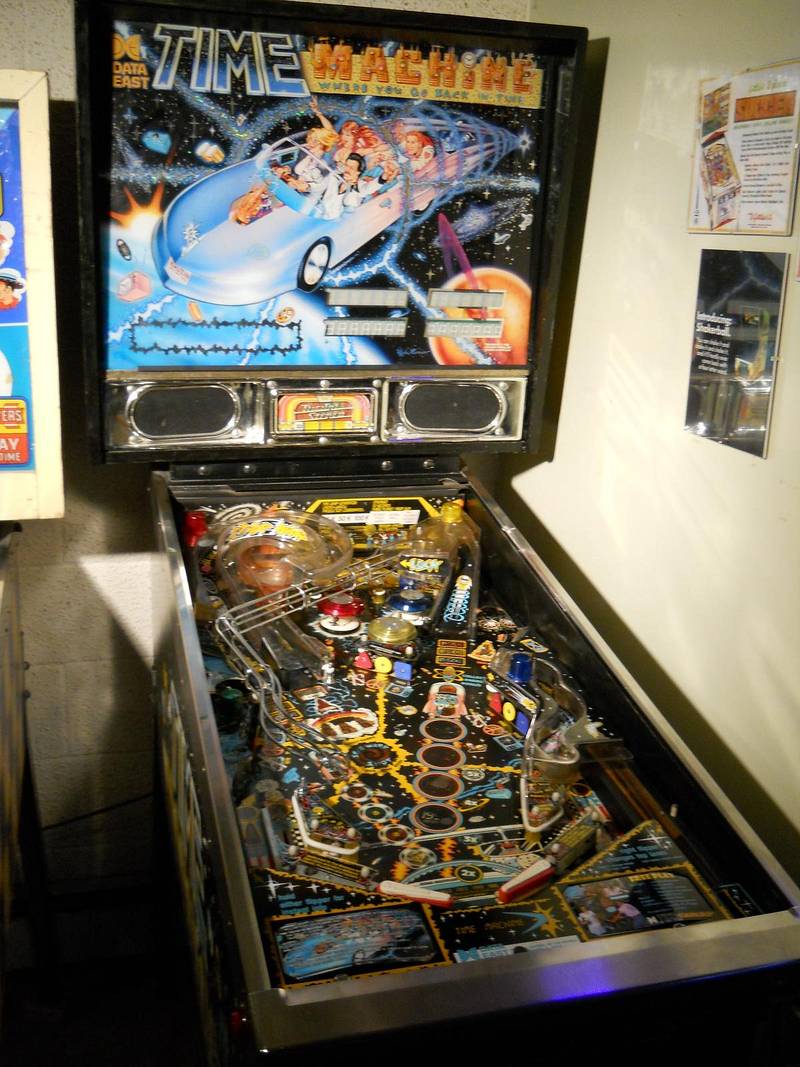 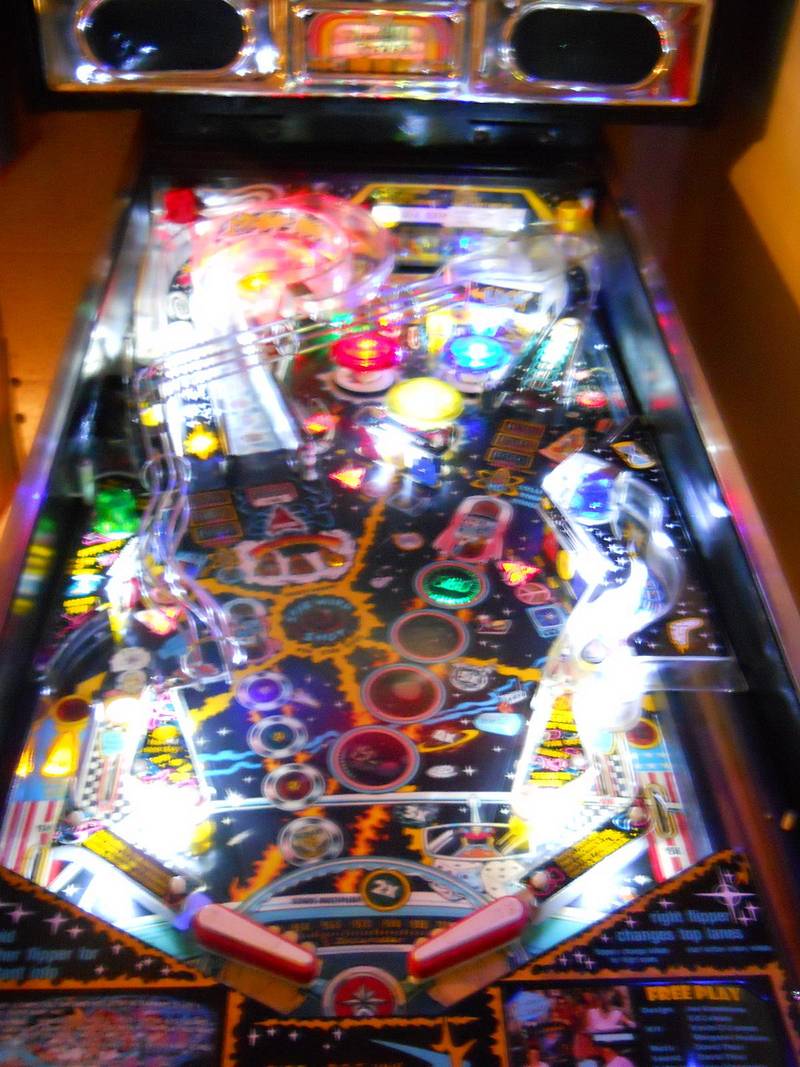 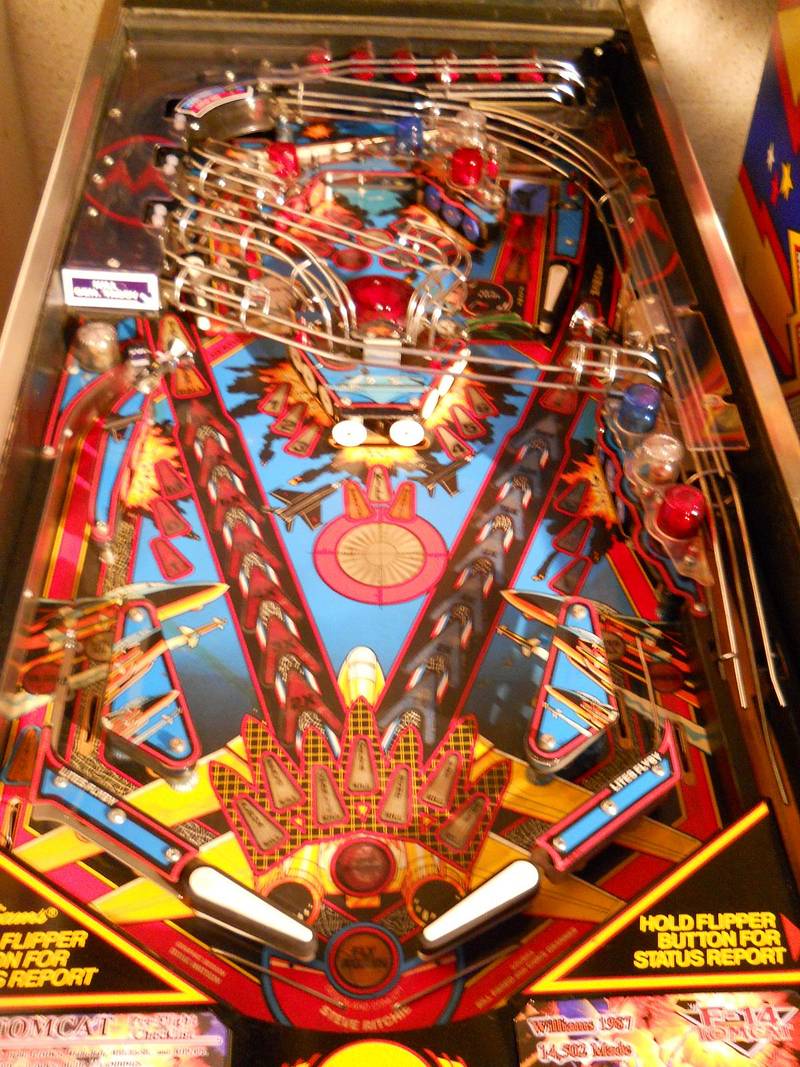 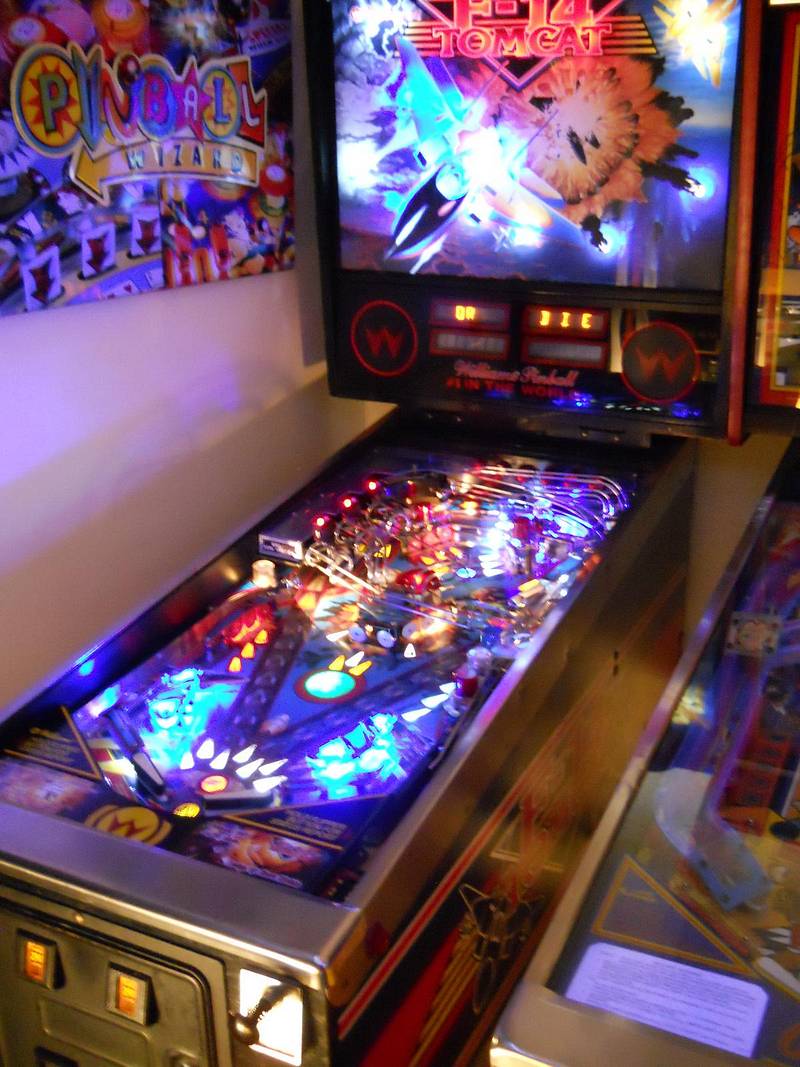 Bump for a good seller..

Bump for a good seller..

Well I will second that. Todd is the closest Pinsider to me and we have done a couple deals together. You will get EXACTLY what he describes.

I have played both of these machines on several occasions and both play great. And based upon what he's asking I see he's not trying to make a dime on either machine (probably losing a little).

Bump to a both a great seller and a great, trustworthy person!

Thanks guys. I just set the high score on Time Machine. It must know it's getting ready to leave soon and treated me to a kick-ass game..

I have played both of these machines on several occasions and both play great.

I second that motion!

Great looking f-14 for the price. I recently sold mine for $1900 with some bells and whistles, but a much worse cabinet than this one.

For this price, it will sell quickly

Bump for a great poster; we've never met, but your consistently the voice of sanity in many different threads.

Games are tentatively sold. Thanks for the kind words, friends!