I recently bought a #flipflop that worked fairly well. I replaced one coil and sleeve early on (upper left flipper). Then the lower left flipper EOS switch broke (brittle). After I replaced that switch, I noticed that flipping the flippers on the left side of the machine immediately kills button control of all flippers and lights "Game Over"

If I disconnect the left upper flipper, the game will play with the remaining three. Would love some advice on how to fix this issue.

I also have 3 out of 4 Flip Flags working. Flag No.3 (second from the right) is unresponsive. The rollover buttons won't flip it or trigger a chime. Same with the red target in front of Flag No.3. If I manually flip the flag to the flipped position, the game counts it as a flipped flag and the rollover buttons and target will trigger the chime once again.

Maybe unrelated, but I thought I would include both issues here in case there is a correlation. Thanks for your advice.

Your upper left flipper coil is shorted or connected wrong, or the EOS switch does not open properly. This makes excessive load on 50V supply, causing the lock relay to drop out triggering game over. Make sure your replacement coil is for EM use (no diodes).

Your upper left flipper coil is shorted or connected wrong, or the EOS switch does not open properly. This makes excessive load on 50V supply, causing the lock relay to drop out triggering game over. Make sure your replacement coil is for EM use (no diodes).

Thanks for the reply. I'll review your suggestions. This is the coil I purchased for the replacement. https://www.marcospecialties.com/pinball-parts/AF-26-650_28-80

The images here are the upper left (white coil) and upper right (tan coil). Note in the orange cap in the lower left of the white coil image. This is the one wire I have disconnected. Aside from an ugly solder job, I don't see any issue with the wiring.

I'm remembering now that when I installed the new coil and sleeve the sleeve was too long and I had to shave a little off to make it work. I don't know if that is relevant. The sleeve seems to be doing its job. 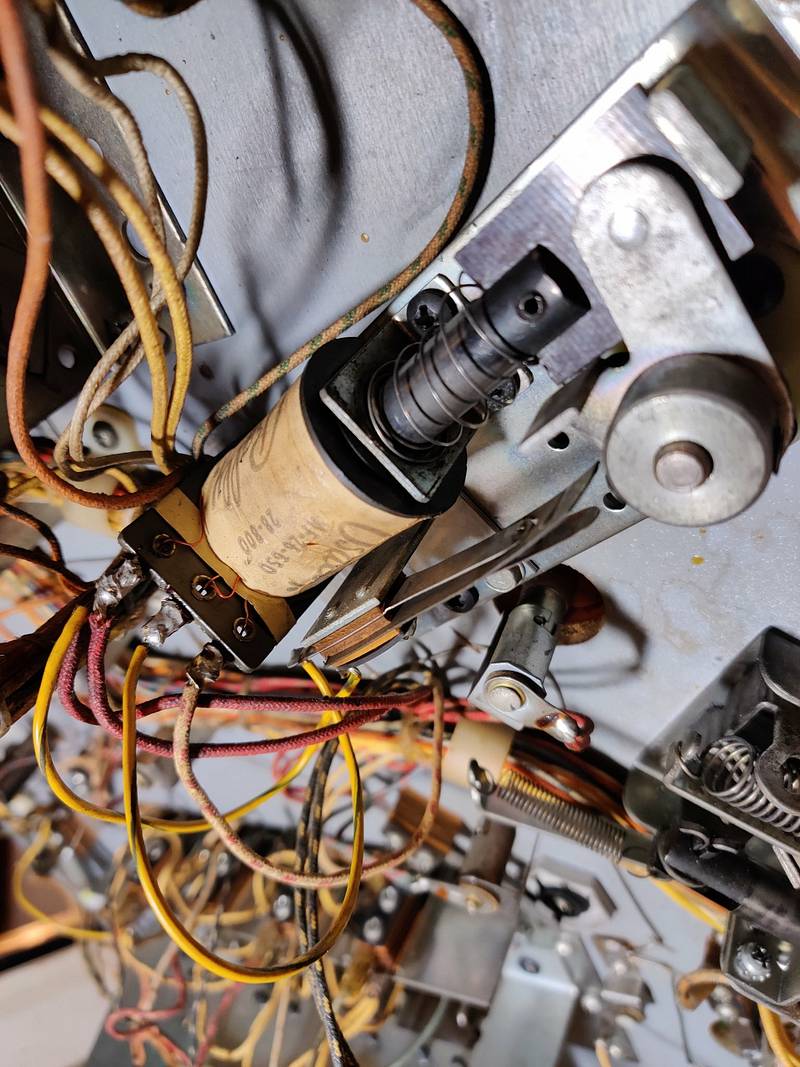 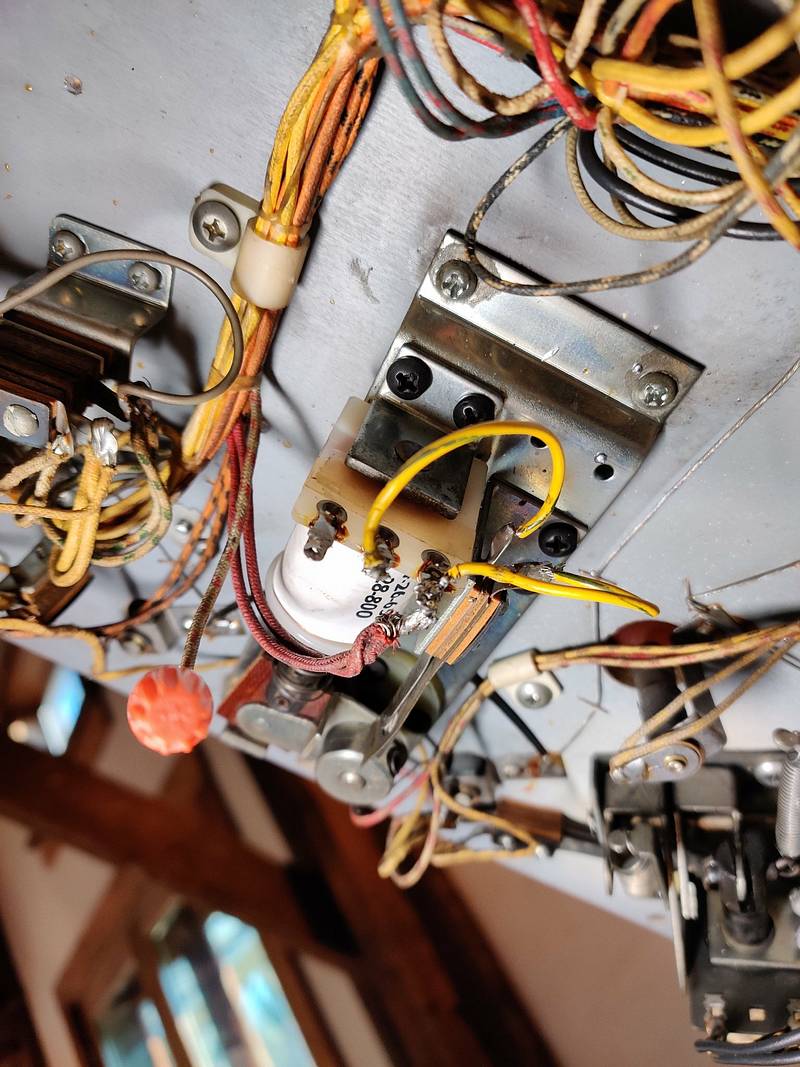 Do you have a picture of the lower left coil?

Looks to me, as if the upper right coil is not wired correctly either. The EOS switch should be across the thin wire holding coil, bypassing it until flipper is up.

Compare the wiring with the lower coils.

Do you have a picture of the lower left coil?

Thank you everyone for your help. I give thanks!

This image is of the lower left flipper wiring 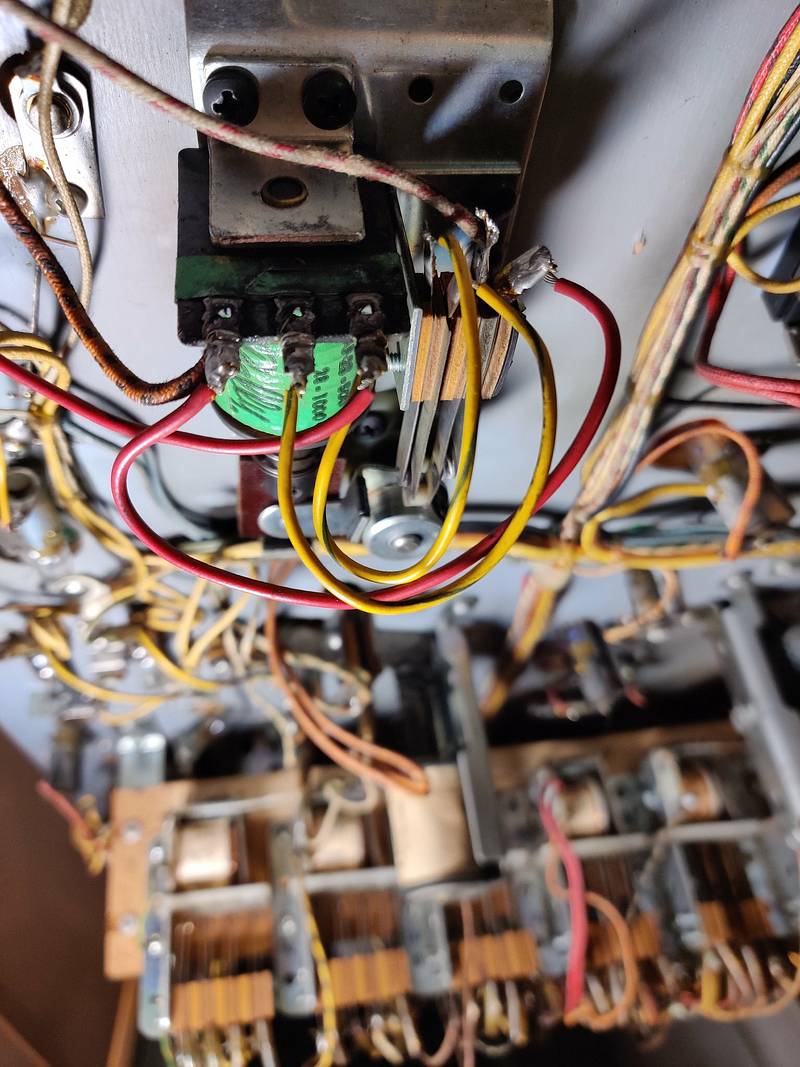 Which of the four switch blades did you replace?