“Politicians and diapers must be changed often, and for the same reason,”
Mark Twain

From Ken M, the greatest internet troll of all time:

"No heroics into Sainte Devote please, we're in amongst the pack and just need to stay in one piece"

The #1 cause of a broken nose
is a smart mouth.

Never treat someone as a priority when all you are to them is an option.

I don’t like cocaine, but I love the way it smells.

"Be in the game but not of the game" Bart Simpson.

" Yeah, whenever I do your Mrs she gives me a biscuit. "

"There are three animals in the stock market - Bears, Bulls, and Pigs, and the pigs always end up getting roasted." Me

“O God, thy sea is so great and my boat is so small” -Breton fisherman’s prayer

I always like this one, JFK had a plaque with it on his desk.

JFK had a plaque with it on his desk.

He also had his coconut shell that his father encased in plastic for him, on his desk.

That coconut got his PT crew rescued during WW2

"Everything in moderation. Especially moderation"

It is what it is.

I have an antique etching on my bar that reads "The Navy Toast Here's to our wives and sweethearts - May they never meet!" that I found in antique store in Gloucester, MA about 30 years ago 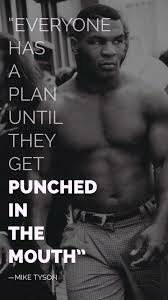