Fan Tas Tic - not so fantastic

I have a Williams Fantastic with a annoying gremlin. Sometimes it plays perfect other times it acts like it’s possessed.

Fantastic has a “roulette“ spinner in the play field.

When the game acts possessed, it does one of two things:

When scenario B is occurring, there is a secondary gremlin. Anytime one of the four rollovers (2 for advance bonus 2 for 50pts) is
Hit/Closed, the 3 saucer eject coils fire. Again - this error only occurs during scenario “B”

Each spot the small ball lands in closes a switch. Sounds like one or more is not closing. (Hence having to even stop the game). Other issue some may be very close to being closed when they shouldn’t causing it to cycle thru. These would be the first things I’d check very closely (PIA’s. In advance). Good luck.

Ball never has a chance to land - because spinner never stops......if ball was landing, but not awarding bonus I would think that’s a possibility

It looks like the eject coils require 4 switches to be closed. (see snippet below):

The Eject Relay switch involved is the top make/break switch F - (see second snippet). The Eject Relay is also associated with the Spin Relay, so check all the switches on that relay while you're in there.

I'd also check motor switch 6A (bottom of stack on cam 6), the switch on the bonus unit that closes at the zero position (between the red-yellow and the red-brown wires), and the make/break switch on the index relay. Since this is a Williams machine, those relay switches are pretty easy to see and adjust - just make sure the contacts are clean and that they open and close with a slight wiping motion when you press and release the armature with your finger. You should be able to see that pretty easily just looking down from the top. Make sure the back side of the switch blades where the tabs stick out of the stack are soldered well to the wires and nothing is touching that shouldn't be.

If the connection on the bonus unit was misaligned, that might explain both problems. Check that one carefully - it'll be between 2 points on the rotating "spider" or wiper, not a normal-looking switch. Make sure the bonus unit is moving smoothly and that the wiper fingers are aligned correctly and bent enough to be making contact well with clean rivets. 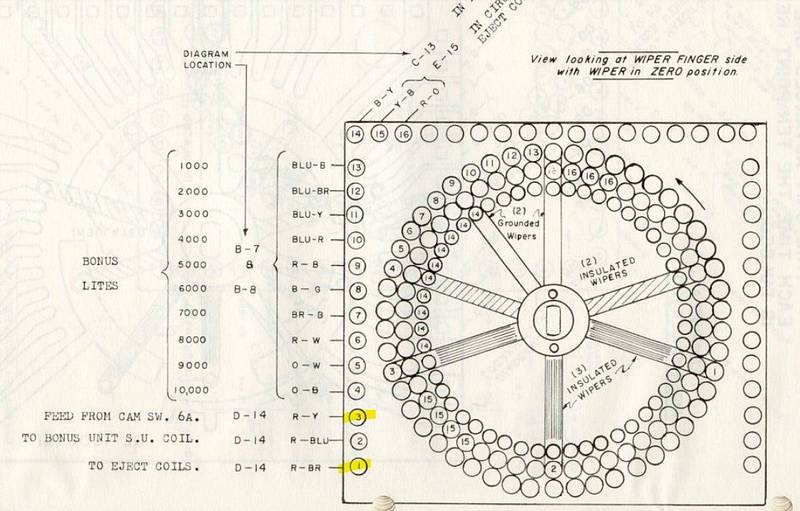 For your first problem, it wouldn't hurt to check this motor 5B switch as well. It's part of the lock-in circuit for the spin relay, which needs to relax before the spinning will stop. Make sure that 5B switch opens or isn't shorted somehow.

Thanks for your help & suggestions anyone.

I found that one of the wipers was just skating over the board, ever so slightly. The gap was about the thickness of a piece of paper. And since the game was reset (putting the wiper in question at zero) every time i started hunting - I never could have seen the lack of contact.

By a stroke of luck I switched the unit off mid game - leaving the wiper in an advanced position. And under further inspection with a light I could see the gap. Wiper adjusted, 20 games later - all is good 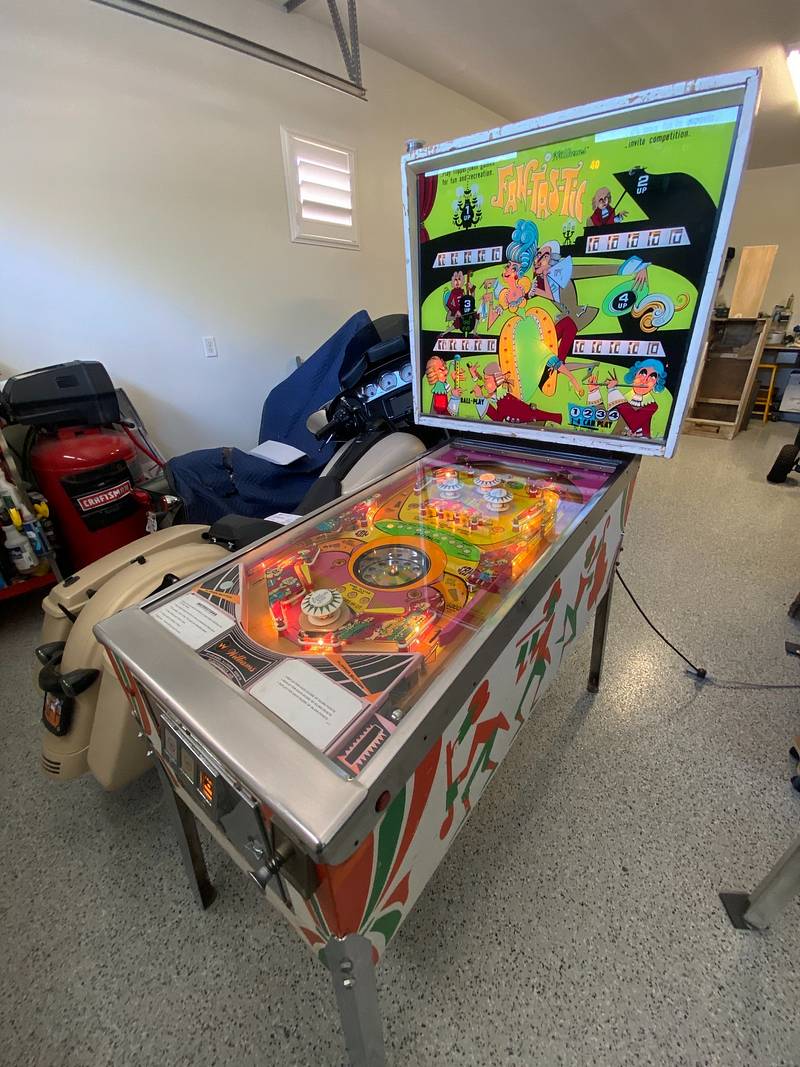 Glad you got it sorted - have fun! Your game looks like it's in good shape!