Happy for the OP, one of the best scores I've seen, regardless of amount spent.
Obviously theres a little jealousy from some, and some congrats from others.
I will say this... I dont think we need this verbiage of "us and them/outsiders dont get it" talk. Kinda just keeps everyone divided. It basically reads as "you'll never know/we were here first." And that's never good if we want to encourage the progression of a hobby like so many claim they want to do.
There is definitely work and sacrifice involved in these deals, certainly. Ive helped people move, buy, and sell machines for nearly 15 years, but I also recognize and know others before me. I can also see how people dont appreciate being talked down to. Especially among different generations and especially in regards to people bragging about having money to do so.
That's never a good thing.
Count your blessings, and dont belittle others who have less.
OP has been a class act in his posts, but the tag-along braggers are evident.
At the same time, those who are jealous also need to realize this isn't always about "scores" and its sometimes just the thrill of the hunt and a business move in general.
I know of some old timers who have done deals like this in the arcade and pinball world. But they also keep it under wraps to avoid attention of any kind. For others, the excitement is definitely understandable. Keep in mind, the best deals are usually the ones you'll never hear about.
Certainly no need for hate, and certainly not justifying the attitude of some who are jealous, but there are definitely things that you can do (or not do) to keep it away.
Best of luck, OP!

It's definitely a have your cake and eat it too situation. Everyone hates people who "flip" games, until they are the ones ending up with a deal they can make some money on. It's human nature to be jealous of stuff like this, but you need to ask yourself would you really put the time and cash into something like this? If I had the resources, sure, but I don't, so there's no point to feel anything but excited for the OP, it's not like he stole this deal out from anyone here (I assume - ha).

I imagine most people are not selling games regardless of how long they have had them at a loss, or even what they paid for them - everyone wants to make a little off the top it seems, and who can blame them? I'm also guilty of buying some games this year off FB, CL, etc. and selling them to make some money towards the next one, but I probably wouldn't be able to have the games I have if I didn't have a way to make the hobby help pay for itself.

Troy - Could you do a quick list of what is left? Thanks.

Open game, and reason several are not sold is that i havent had time to set them up yet
Spirit
Ironman original run
Phantom of the opera
Judge Dredd
Domino's
Black Spiderman
Time Machine
Time Fantasy
Lost World 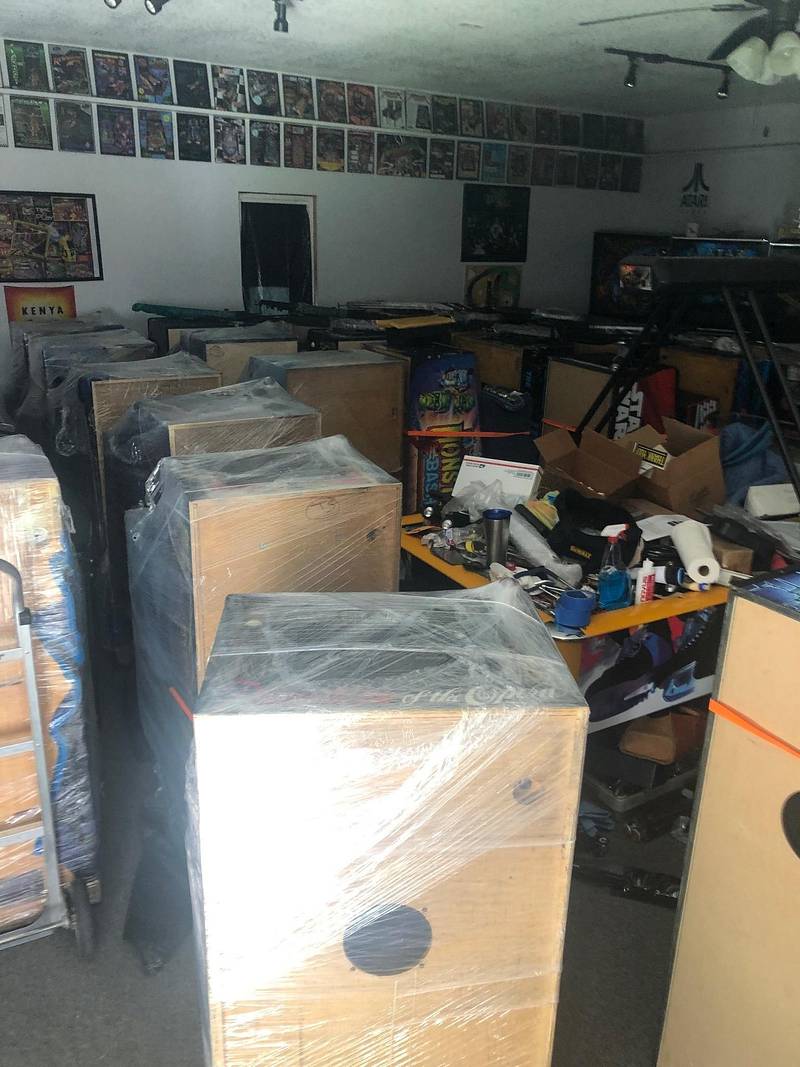 Nicely done, great job selling all those machines so fast!

Which games did you get, Matt?

Would I be correct in saying these games came out of San Francisco?

Would I be correct in saying these games came out of San Francisco?

So, auctions on pinside are out, but using pinside to advertise games for sale on other sites without using the marketplace here is in. Woohoo!

Heading out to Troys on Sat to FINALLY pick up my long wanted HRC. If anybody wants me to check out a machine or maybe bring one 3 hours east Lemmy know quick.

Gryszzz , check out the Spirit. I’m not in the market but I’m curious. They don’t pop up very often.

gryszzz , check out the Spirit. I’m not in the market but I’m curious. They don’t pop up very often.

ToucanF16 I actually told jackass, i mean gryszz that he can help me set up BBB and Spirit yesterday when we were talking. Hoping he helps set up a few with me, im running out of friends that want to help, lol. I do games by myself daily, but valuable ones like this, i will wait for a hand.

toucanf16 I actually told jackass, i mean gryszz that he can help me set up BBB and Spirit yesterday when we were talking. Hoping he helps set up a few with me, im running out of friends that want to help, lol. I do games by myself daily, but valuable ones like this, i will wait for a hand.

If I was nearby I’d help set ‘em up! Anything to get some exercise. I’ve been cooped up in hotel rooms over here in Asia for the last six months. It’s really a challenge to get any exercise.