Once again, I have returned to suggest a controversial tweak. This time, on Target Alpha, Solar City, and most likely Canada Dry: Solder motor switch 1B closed (green-black to white-green).

Have you ever found your Target Alpha score motor running indefinitely after pressing start and watching the entire startup sequence reset the score reels to 00000? Most often, the P5A switch stack in the player unit is blamed for being dirty/not making contact... which could be the case, but not necessarily.

In my case, the DX ("ball save"/first ball relay) was intermittently (and very rarely) failing to energize. DX has exactly ONE CHANCE to activate during the startup sequence through 1B while the start (S) relay is energized. If, for any reason, it does not do so... the game will cycle endlessly at the end of the startup sequence.

Try it yourself. Put a piece of paper between green-black and white-green at 1B and press start (or just pull out DX shortly after pressing start). You'll see the game ratchet-rat-a-tat through the whole thing and then... endless motor, no start. Because DX blew its one chance at glory.

Now, if you examine your Target Alpha schematic, you'll see the fragment in the photo below.

It is incorrectly labeled. DXR should actually be DX... the green-black wire goes to the DX coil, not DXR. Have a look inside your game and see for yourself. Goes right to DX, doesn't it? 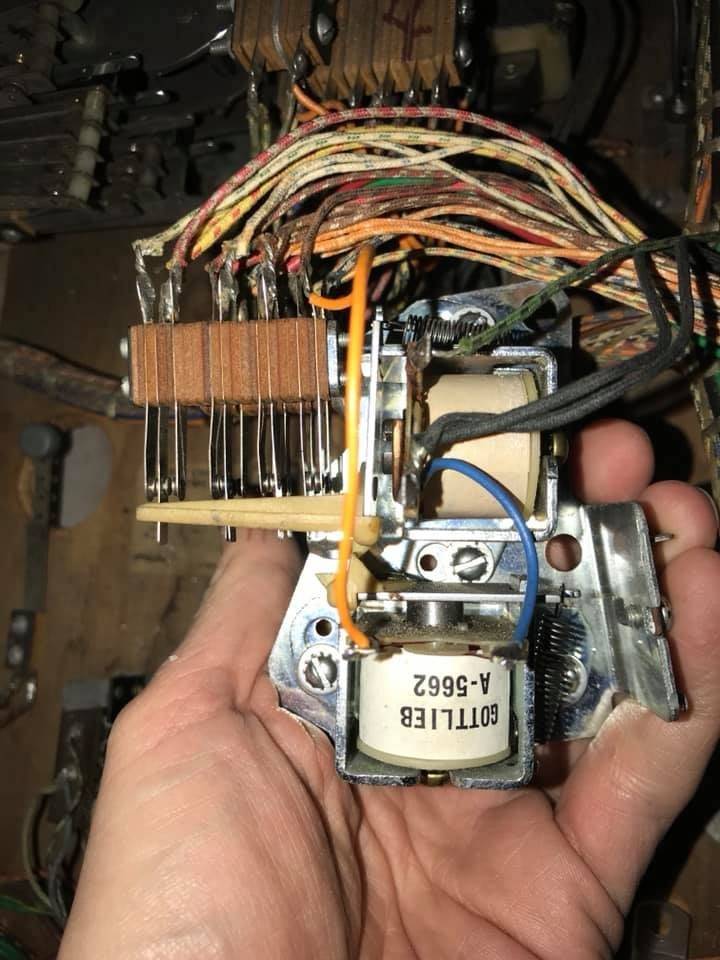 Perhaps the engineers were confused by their own documentation. I don't know. Looks wrong to me. DX should be DXR and vice-versa on the schematic.

After sorting this out I don't see why motor switch 1B should exist at all. It only appears to be a potential source of failure. The circuit to DX is cut when S de-energizes early in the startup sequence... so why put a switch there?

I soldered 1B closed. This ensures a longer energize pulse (when S clicks in rather than waiting a fraction of a second). Will observe it over the following weeks. So far, so good.

If I missed something, do chime in. EM folks are all about the chimes yanno.

Because DX blew its one chance at glory.

Poor, poor DX. It coulda been a contendah ...

No, you've got some very interesting points there. Have to check out paper strip test.

Would this effect the single player el Dorado?

Would this effect the single player el Dorado?

No. It doesn’t have a DX relay or equivalent with a 1B switch.

To sum up: The schematics are wrong (you must substitute DX for DXR on the paperwork)... AND I’m recommending closing 1B permanently to give DX a longer energizing cycle for extra reliability.

The only caveat would be if something bad might occur during a longer DX pulse. Haven’t found one yet... but still looking.

So far, so good. Target Alpha has been reliably serving up the games with this modification. No endless motor after resetting the reels/just before game start.

Still wondering why they put the switch there... will keep digging.

TLDR version: I still recommend soldering motor 1B closed, but you'll need to do the following fix to make it complete.

Long version: I found the reason for 1B's existence. It provides a tiny delay to give the start relay enough time to reset the drop targets on ball 1. 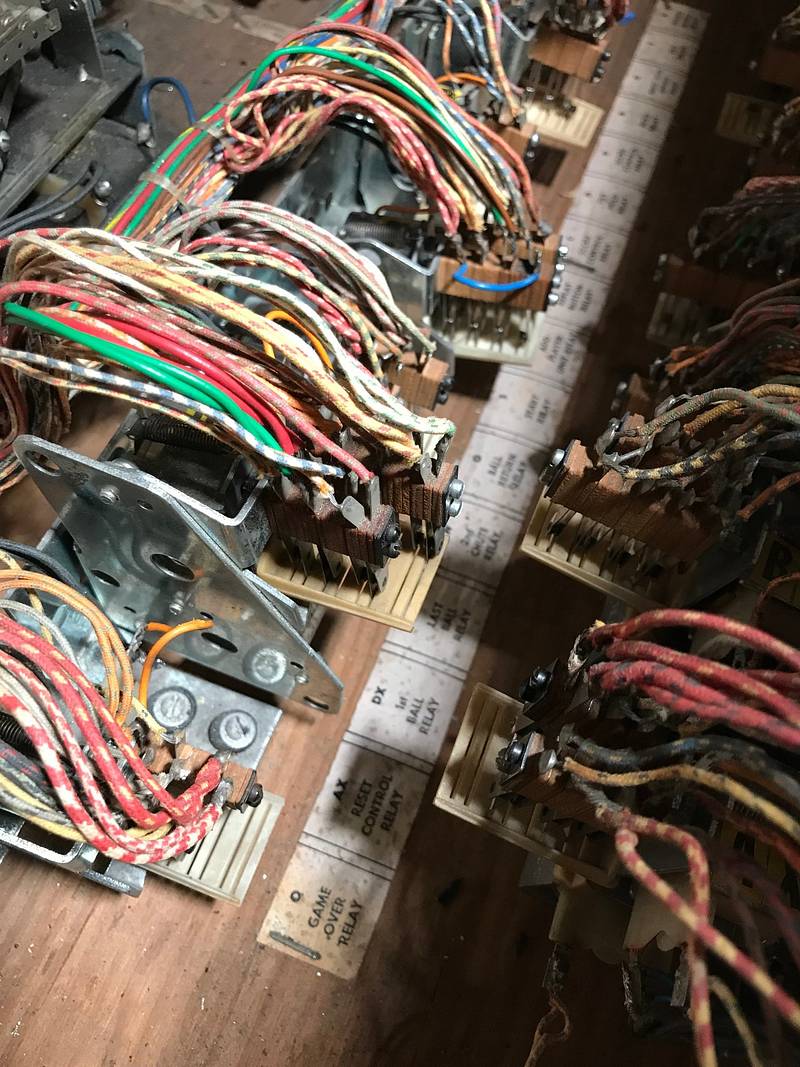 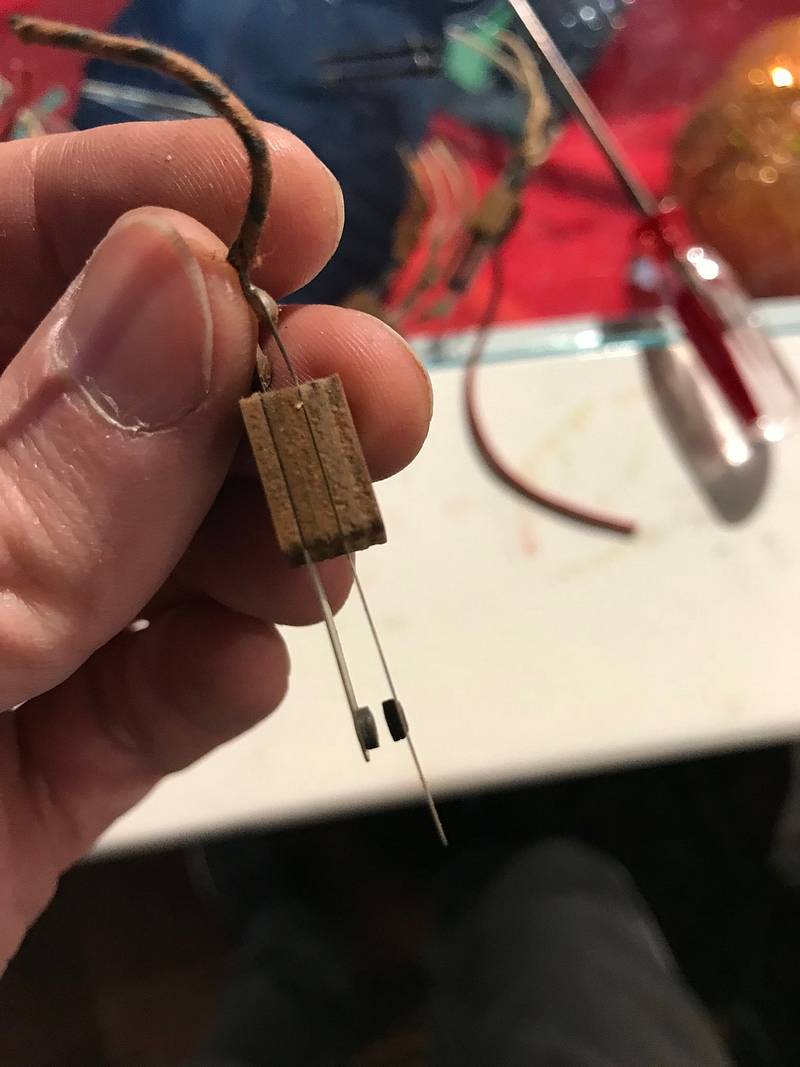 A normally-open switch will do the trick, liberated from a donor relay. 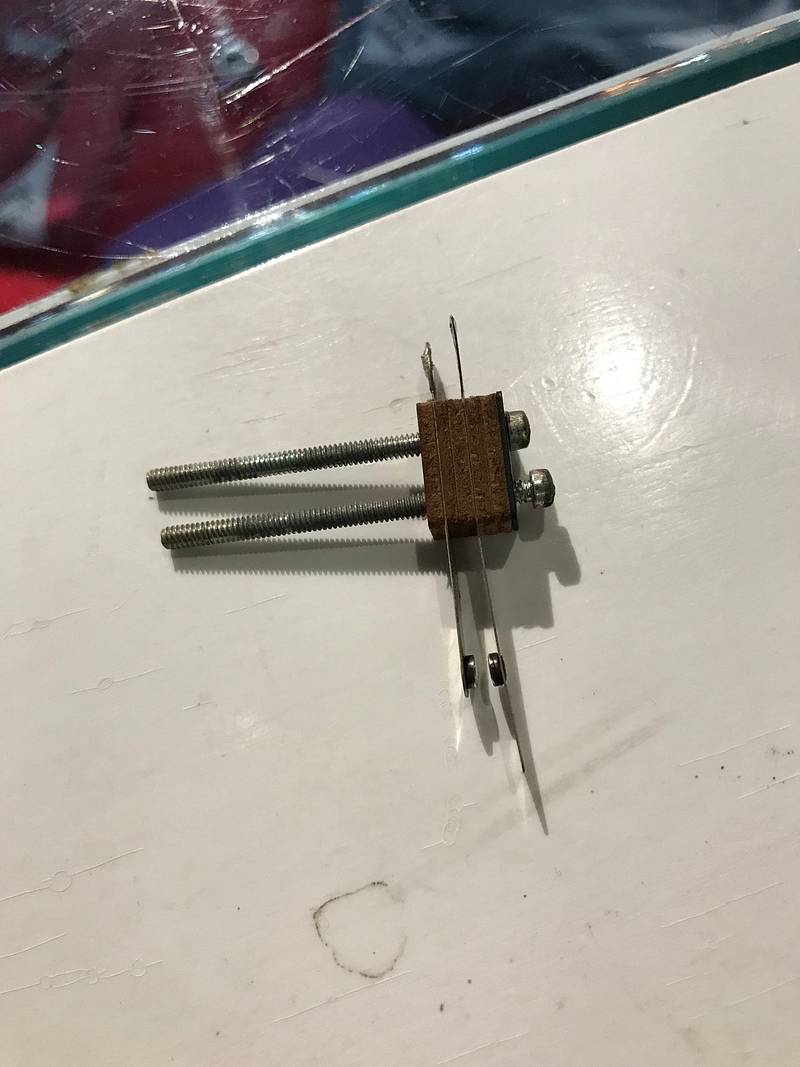 A longer pair of machine screws (also liberated from a donor relay) will provide the additional length necessary. 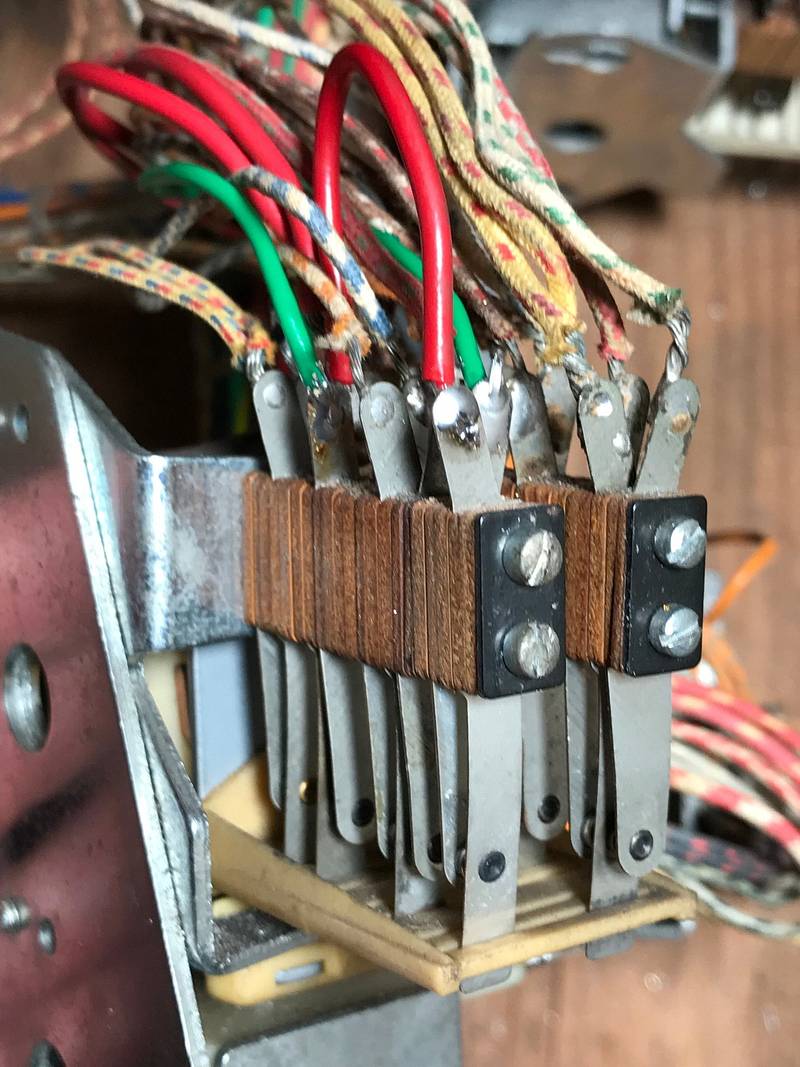 The left stack is now one switch taller. The red wire (to line power) is jumped to one side of the switch. The other is the green wire leading to the start switch.

Now the start relay has its own switch, with delay intact, to do its job. 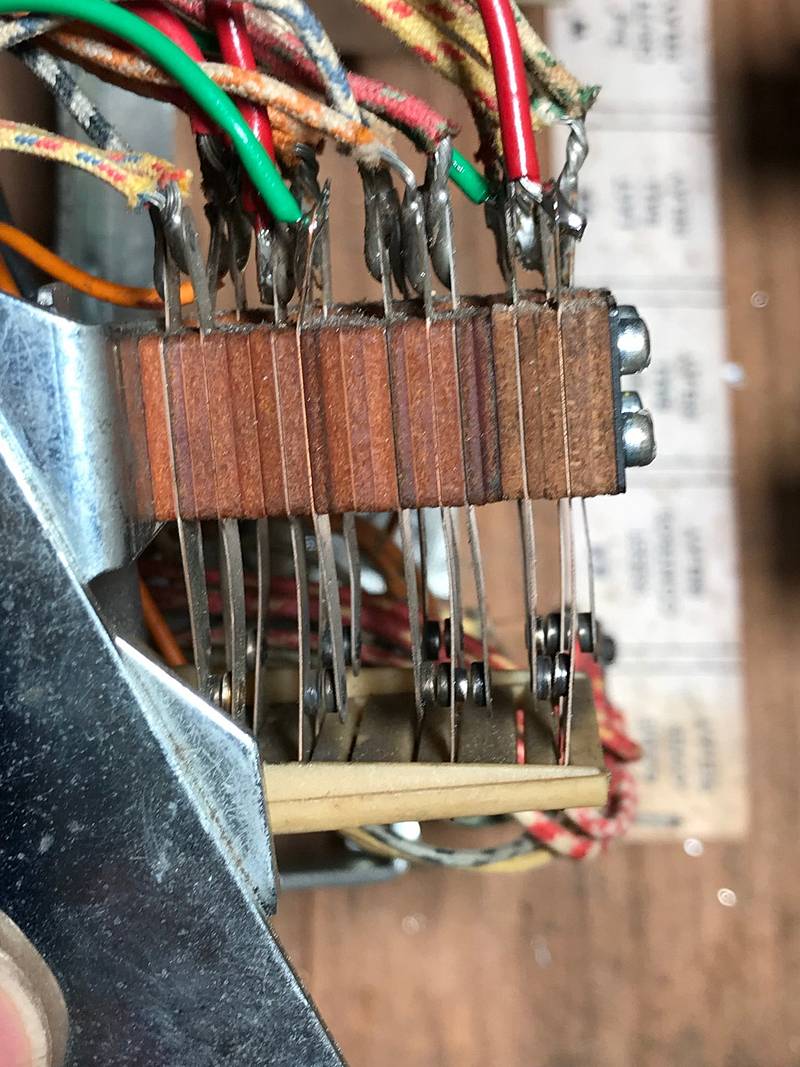 And there you have it. DXR reliably activates, and the drop targets reset right on cue.

Overall this is a worthwhile bulletproofing tweak for games on route or in huge collections where an endless running motor might not be noticed for hours at a time.

For home use, totally optional.

First game I ever bought 'bout 35 years ago was Solar City, it never had this motor run issue. And that's even after I did every possible ignorant total novice thing to the machine like putting lube in the score reel solenoids, spraying contact cleaner all over the relays, over-tweaking switches all over the place. How I still managed to get it to work correctly I'll never know.

Honestly, it is a bit of overthinking upon my behalf. I have heard from a handful of people which it affected and was seeing it occur on our machine... often after running for hours at a time. I wanted to improve the original circuit in a way which would give DX a slightly longer pull-in time. Just in case.

Hopefully it won’t be an issue for most folks. Just a smidge extra insurance for unattended games. Totally optional for home use.