Sorry, “super head shot”. Someone looked through in Pinball Browser and did find something - I’m not sure what post exactly 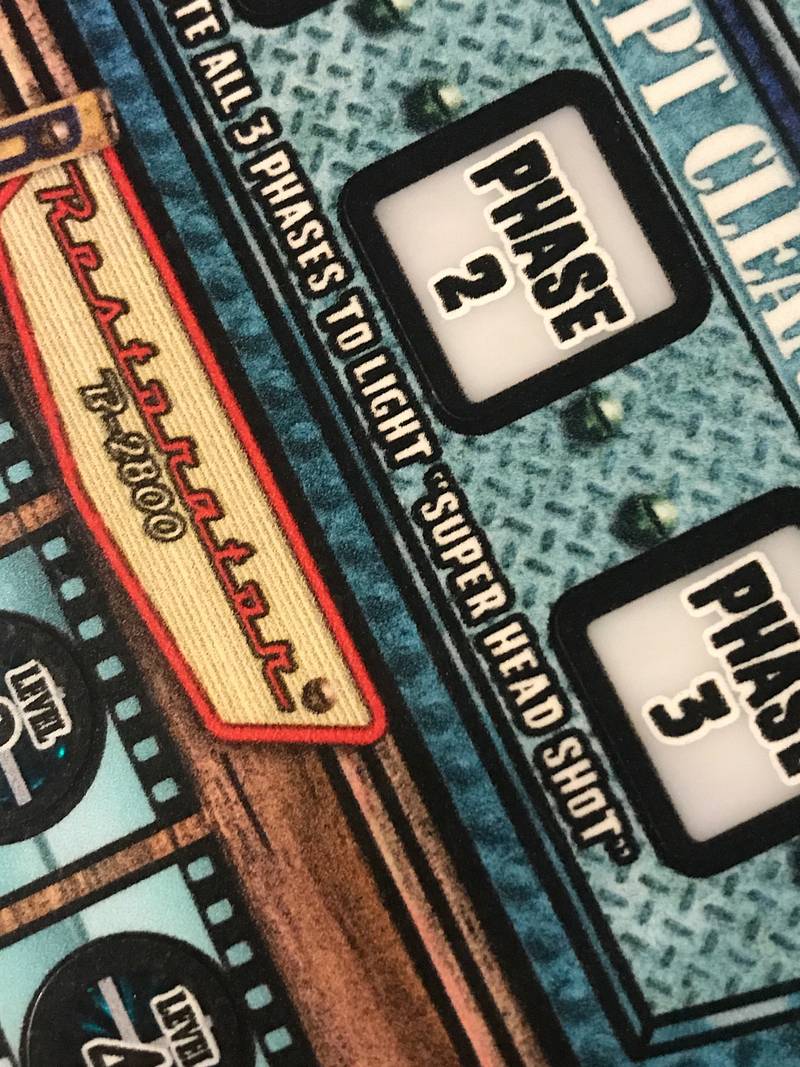 How many deadheads are in game? I know there are Aunt Surly, Uncle Bolt Head, Sir Normus Cranium and SGT-Jar head. Is there any else deadhead?
Also, does anybody know which video location for 0.92 code in Pinball Browser is video where one of them floats and talks to player? There are four thousand videos, I looked about 250, without finding video where deadhead floats

I have found 5 more heads in the game code.

I don't think there are videos for the floating sequences. There are only for the intros.

Sorry, “super head shot”. Someone looked through in Pinball Browser and did find something - I’m not sure what post exactly[quoted image]

Thank you for showing me picture of playfield part that says "Super head shot"! What did someone find in Pinball Browser?

Thank you for telling me deadhead names!

There are eight deadheads in version 0.93 :
Grampa Bone Head
Aunt Surly
Chuck Chowdah Head
Mummy Dearest
Sgt. Jar Head
Sir Normus Cranium
Sonny Beach Head
Uncle Bold Head
I have found 5 more heads in the game code.
I don't think there are videos for the floating sequences. There are only for the intros.

Thank you for telling me deadhead names! It's ok if there are no floating sequence videos. BTW, which video scripts are for deadhead intros?

Thank you for telling me deadhead names! BTW, which video scripts are for deadhead intros?

- Fixed a bug where JUNK ITEMS locked in via the 36-24-36 targets
would reset back to the SKELETON KEY on occasion.
- Allow the GARAGE MULTIBALL super jackpot display effects to be
interrupted by other lower priority effects after the score has been
displayed and the big effects (sounds/lights) have (mostly) finished.
- Added a rule for ATTIC ATTACK MULTIBALL. This is based on the movie
LADY FRANKENSTEIN. There are two parts. The second part requires
the player to collect all 4 sides of the spinning turret.
- Fixed a bug in the lamp effects that run when a shot is made to
advance the HOUSE to start a new HAUNT. The lamp effects were specifying
the CRYPT RGB arrow instead of the HOUSE RGB arrow. (This has been
corrected.)
- Dimming the lamps that aren't part of the skill shots (back door, top
lanes) when the ball is in the shooter lane for skill shot is now done
gradually (faded down) instead of jumping immediately to the dim level.
- Fixed an issue with the TRUNK LOCK lamp effect that was causing it to
not run at full brightness.
- Added some speech to the start of GAPPA ANGRY MULTIBALL.
- Shortened the time (slightly) for re-kicks for the CRYPT VUK.
- Added lamp effects for HAND OF FATE LIT.
- Added lamp effects for TRUNK LIT and TRUNK ALREADY LIT.
- Added a lamp effect for THE DEAD RETURNS.
- Mute music during HAUNT intro/outro effects. (The music was not being
muted during the outros.)
- Implemented the HAUNT-O-METER for Night Of The Living Dead HAUNT.
- Implemented the HAUNT-O-METER for The Brain That Wouldn't Die HAUNT.
- Trimmed some dark frames at then end of some clips from The Brain That
Wouldn't Die.
- Added Frankenstein (deadhead) to the Deadhead Family Crypt.
- High scores for TRUNK MULTIBALL were not being recorded properly. This
has been corrected.

Does anybody know what movie is Drive me crazy mode based on?

Does anybody know what movie is Drive me crazy mode based on?

This is the Pre-Release Thread. Post in the owners thread for all of your answers.

Thank you! I will 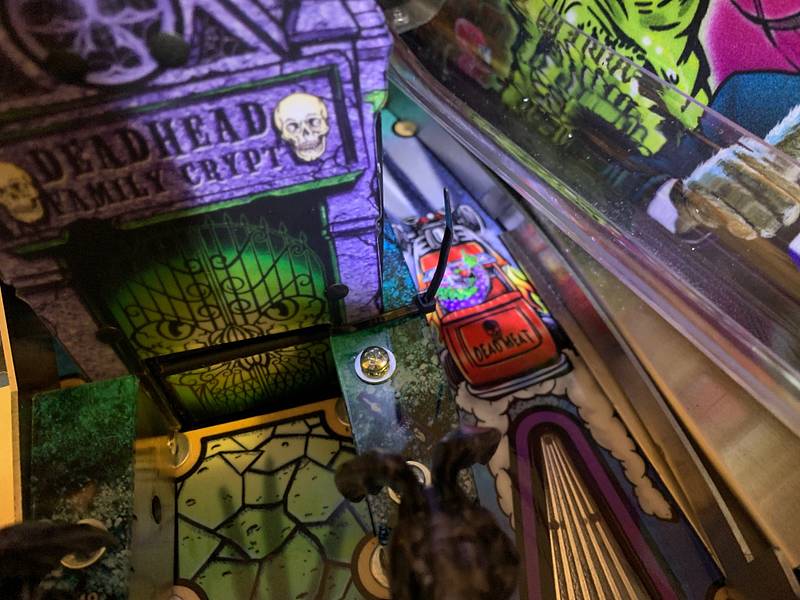