Anyone who has not seen this, shame.

It's been YEARS since I've seen this. Definitely worth a watch.

Does anyone know if the bonus footage available online somewhere?

"More than three hours of extra interview footage, including never-before-seen insights into the process of designing a pinball machine with industry greats Pat Lawlor and George Gomez."

That documentary is very smart. It has a narrative. There are five phases of storytelling. If anyone is interested I can go hunt down my textbook.

Now Special When Lit is a shame. The filmmakers, in my opinion, took the lesser road and shifted to just showing the weirdos. It’s amusing in a way that should make us all feel a little guilty.

My book is going to be treat.

Sweet. I purchased that 2DVD set a while back. Lost
Way better narrative about pinball. Special When Lit spotlighted some true nerds among the rest. I'm in the background during the Pinburgh scene, did not qualify as full nerd. I do know for a fact that a new documentary is in the works.

I do know for a fact that a new documentary is in the works.

Watched it yesterday, was very interesting.

i just discovered they posted this to archive.org the other day and was thrilled for the bonus disc. Being 60 mins long its required viewing by anybody into the hobby. it is funny to think that most of Bally/Williams staff have ended up at Stern... when they were blowing off the top brass at WMS with their suggestions on their games to Sterns new way of producing games... I wonder what they'd say back then if they could see what they're producing now.

*not that the Stern games are bad but we all know about how they're cost cut to death etc.

Hi all,
I've never seen the extra footage. Can anyone explain how to do this via the archive site? Did not see any way to view or download the content.

I've shown this doc to friends, they all love it's smooth approach to the subject. It's crafted to not only intrigue you, but it's also really sophisticated in its pacing. Other pinball docs seem a bit flash-bang-obnoxious by comparison.

About pinballs resurgence. My mom being interviewed, she started playing in 1949 and has many years to go, she's only 94! 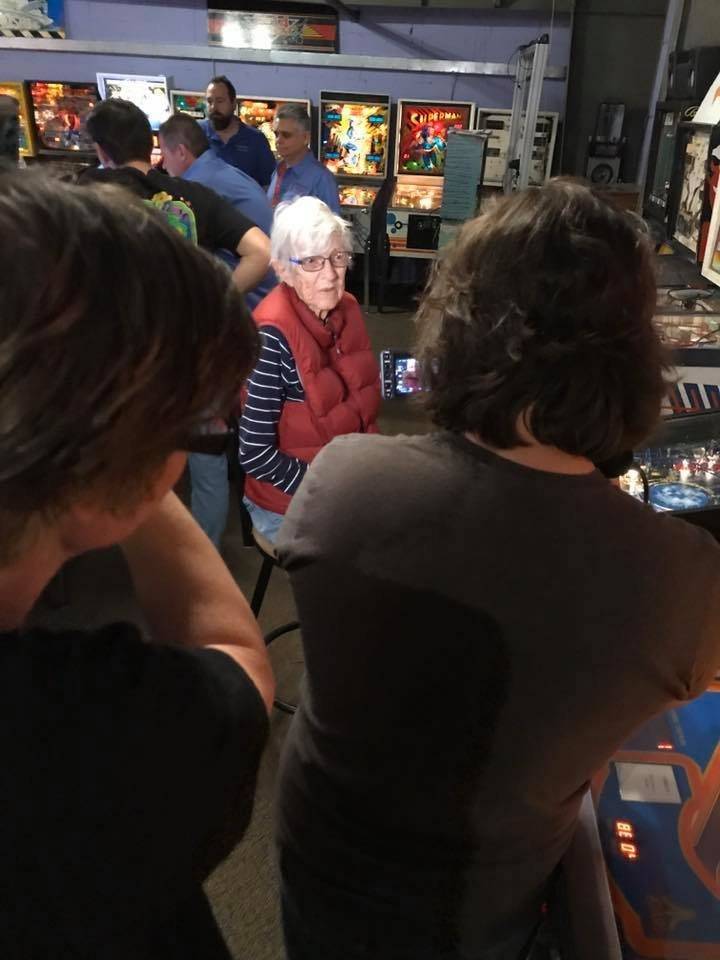 Hi all,
I've never seen the extra footage. Can anyone explain how to do this via the archive site? Did not see any way to view or download the content.
Thanks,
Jim

You have to download the ISO and burn to a double density disc or use ripping tool of choice to break it up after extracting the VOB files.

Its over 5 hours of footage. I broke it up and ripped to MP4 format.

I was able to open it directly with VLC, thanks for the info of course.

Looks like a rare DVD set for $50. I'm in, can't wait to see three hours of extra footage.

By coincidence, I watched both discs last week. The film maker, Greg Maletic, was a speaker at Pacific Pinball Expo and shared the backstory of the film. Greg was going to make a film about ‘success/failure’ and stumbled across the P2K story which perfectly suited his needs. The film captures the history of pinball sales and the mood at WMS durning the mid to late 90’s.

Thanks! I'm a big RDJ fan so dig your pic too.