Hi all, first pin - The Games. I picked it up from a friend several weeks ago. In the time since, I have replaced the battery on the MPU board, the capacitor on the transformer, installed a credit button connected to the coin chute, replaced maybe 8 worn out lamp sockets, some broken plastics, repaired some worn out post holes, and started installing the recommended new ground wires. I am honestly having a blast tinkering on it as well as playing it.

I will preface the next part by saying I personally have not re-pinned any connections, but I did eyeball the existing connections and they all look clean and positioned properly. Most of my experience in this realm is from working on PCs/Servers, old gaming consoles, and other electronics for 30 years. I have used a pink rubber eraser to clean the contacts on the MPU board and displays.

When I first got the table, the top most segments of the digits on player 1 and 2 were unlit.

The previous owner supplied me with a wonderful supply of spare parts, so after troubleshooting by shuffling through the extra displays (with the table powered off) I replaced all but one of the green board displays that was installed with the older beige board displays. That got player 1 and 2 displays working ALMOST perfect and also got the ball in play number display working. When powered on, all the displays zero out correctly. As seen in the photos - once the game has booted up and I start a game, a single segment on each digit remains lit for player 1 / player 2... more of an annoyance than anything. 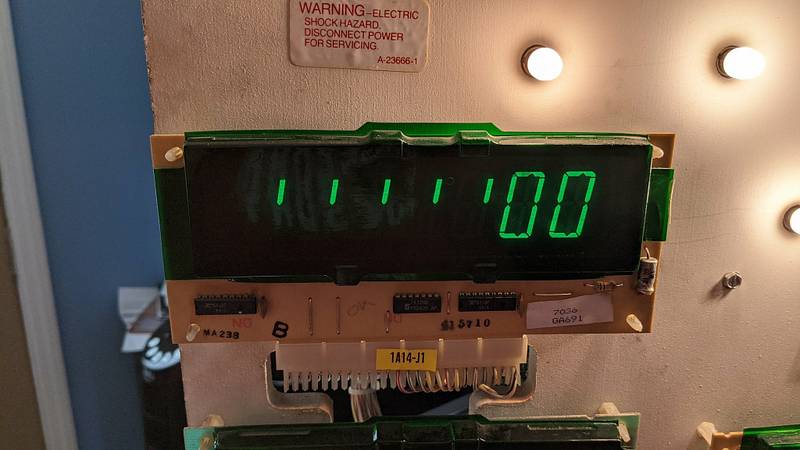 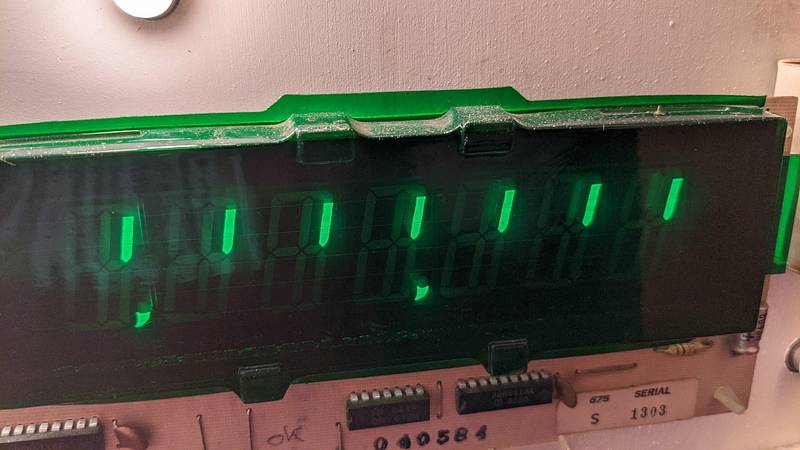 For players 3 / 4 - not all of the segments light up correctly beyond initially showing all perfect 0's. I have run the display test and the behavior is consistent. While I am likely going to invest in a combo board and LED displays in the near future - I would like to see if I can get this working correctly as is. The previous owner also installed a Gulf Pinball MA-114 power supply to replace the original. I checked the voltage at the test points, The only outliers I found were TP5 10V higher than what is printed on the board, and TP1 is 1.5V higher than what is printed.

If my best move here is to pre-emptively re-pin everything I will do so, as I don't want to drop a few bucks on the LED's and combo board only to have issues crop up due to the connections. I have all the manuals and other troubleshooting documents ready to go, but I figured I would ask here too.

I can't really help with more technical repairs on these games so much, but I just wanted to suggest you re-pin the edge connectors on the MPU and driver board, including that big double-sided connector between the boards. Edge connectors are well-known for flakiness as they get older, and they'll likely need to replaced whether or not they fix the current issue. Good luck with your game!

Good news, it's 99% fixed. I dug through the pinwiki docs and what caught my eye was a photo of segment "c" locked on. In my case, for player 1 and 2, segment "b" was locked on. I followed their guide for testing the IC chips and discovered that they were outside spec. I replaced Z19 and Z21 (for player 3 and 4 which were next to useless), installed a socket for Z21 (Z19 was already taken care of). Afterwards, Player 1 and 2 are perfect. Player 3 and 4 show that segment "h" is off, while it is active on player 1 and 2. I ordered replacement IC's for the hex inverter chip in Z16 which should come in next Tuesday so I can get it sorted. 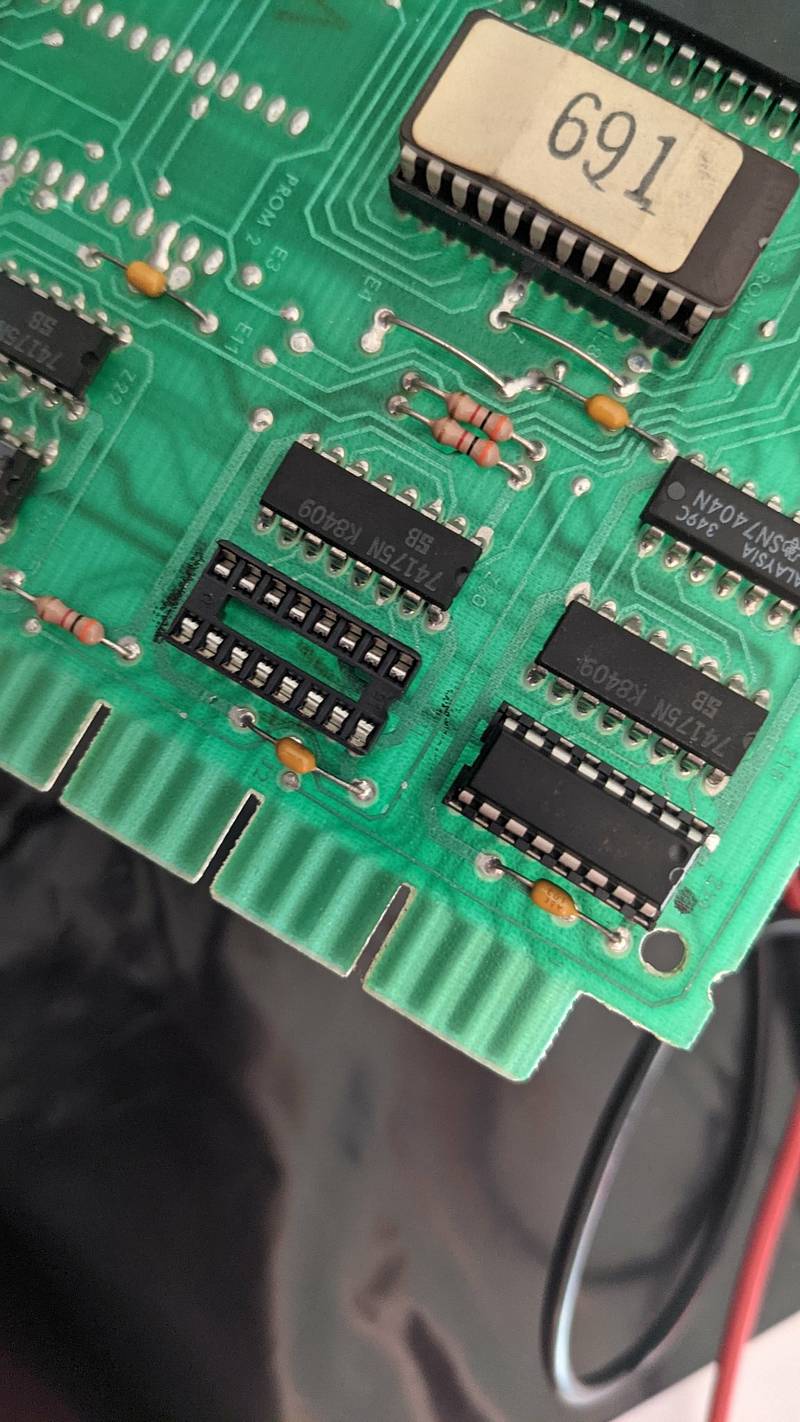 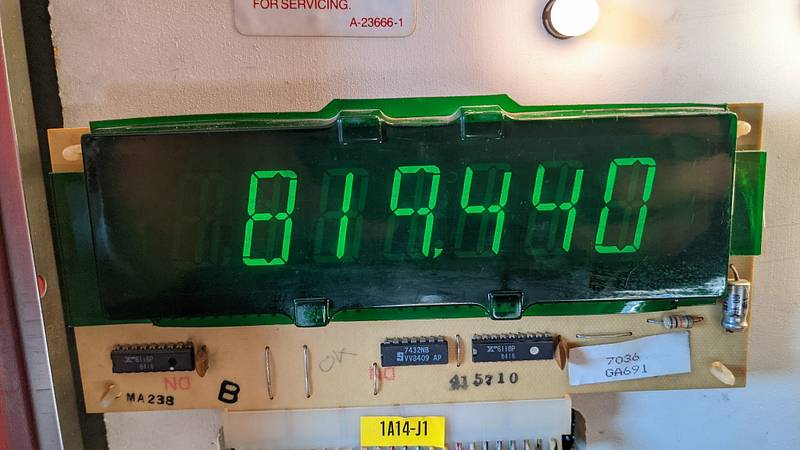 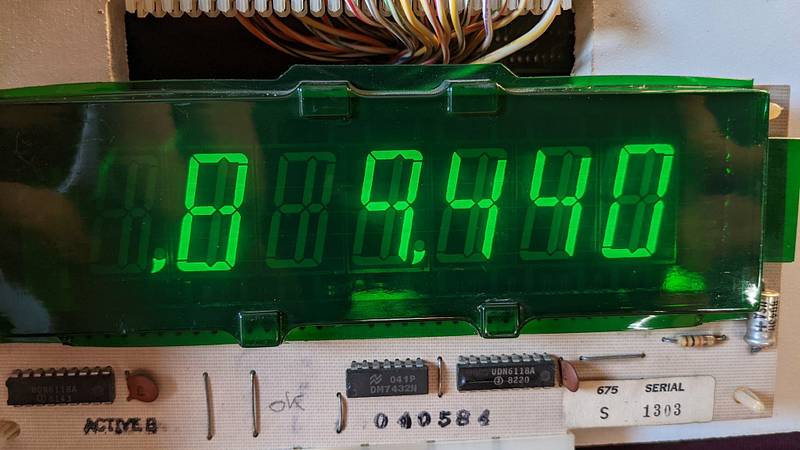 Player 3(and 4) with segment h unlit