I'm interested in getting an AC/DC but I see there are four different variations of the machine...other than aesthetics, that is, artwork on the machine, or songs they play, are there any differences between the varieties as far as gameplay or the playfield etc???

Pro has no lower playfield

There's the Pro and Everything Else as far as playfield and gameplay differences go. I guess with the exception of some minor art differences on the lower playfield on Luci.

Music stays the same regardless of machines...both are fun...I prefer the Premium

why did they make four varieties of this machine? is this like when a magazine prints multiple covers the same week of the same star, big fans will buy all four covers? does stern expect big acdc fans to buy all four machines? or is this a scheme to keep the machine popular and selling, by releasing new varieties? it sounds more like some cars brands, where a new model is released each year but often the changes from the prior year are minor like a different shaped tailight

I think Stern took a page from the auto industry. There is the "base model" to get your foot in the door if you like pinball/AC-DC, the standard pinball machine package, the T&A package (Luci), and then then crazy expensive versions out there for the big ballers. Either way, besides the lower playfield and art most are basically the same (imo).

why did they make four varieties of this machine? is this like when a magazine prints multiple covers the same week of the same star, big fans will buy all four covers? does stern expect big acdc fans to buy all four machines? or is this a scheme to keep the machine popular and selling, by releasing new varieties? it sounds more like some cars brands, where a new model is released each year but often the changes from the prior year are minor like a different shaped tailight

For the most part it is simply like an auto manufacturer selling different models. The no-frills pro, and then all the rest which are just different colors and trim levels.

So the pro... Some people like it better. It's faster without the drop targets, but missing some thigs like the lower playfield.

The premiums. These are almost considered the regular model. Available in two different art packages. Both good (Luci is sexy). Gameplay is the same, however I understand they changed the cannon a bit later, plus later runs have a more clear window to the lower playfield.

The LEs. These are the more expensive limited editions. And when they came out the price went up and up. These are quite pretty.

For play the premiums and LEs are exactly the same. So it really comes down to what you're looking for. I highly recommend playing the pro and premium before making a decision. You really should figure out which style you like first.

And finally a note about the game itself. It takes a while to really get the flow of the rules. AC/DC is a wacky twisted up boring mess as you get to know it. It feels repetitive and like your just batting the ball around. At least it did for me... And then it just clicks. All of a sudden you realize that double song jackpot could have been tripled with a few more risky shots. And then you start debating risk vs reward. I can take that jackpot now... Or build it bigger and risk getting nothing if I drain. That song jackpot collection is a huge thrill or massive disappointment that usually ends with swearing.

i liked it the first time i played it, unlike mm afm rfm taf sttng rbion tz and a bunch of other overhyped overrated overpriced like that

I've owned an LE (sold it when made an offer I couldn't refuse). I then bought a Pro specifically to put a "Helen" kit on it and mod it out (just for fun). I made it the centerpeice for the TPF as you entered the hall. It got lots of attention and even the news focused on it when they did a story. I planned on selling it after the show, but honestly, I'm really enjoying it. I really don't miss the the lower playfield or cross over ramp (sorry Steve). I do miss the drop targets (especially the TNT drops). I would have missed the swinging bell, but that was easily remedied with the available swinging bell mod for the pros. Other add-on include 3D train, LEDs, flashing LED lightning bolts from Pinbits, metal apron, sideboard decals, shaker, cannon mod, plastic protectors, and some other things. Folks are right when they say the Pro plays faster. Without the drops, it can really fire the ball back at you.
Great game no matter what version to decide to get.
-Ed 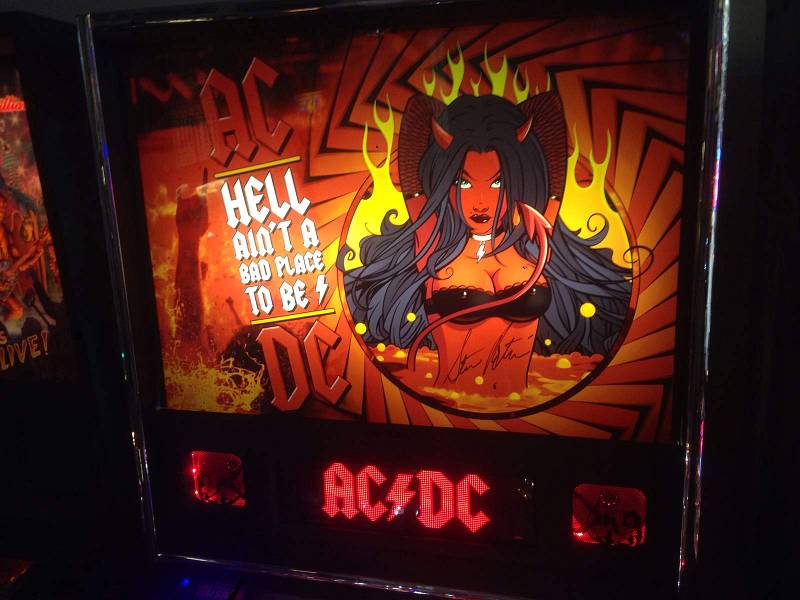 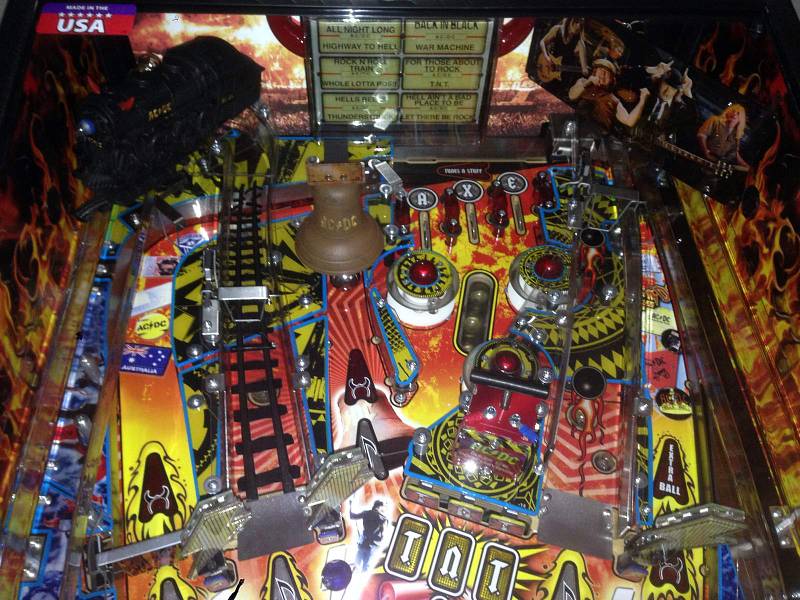 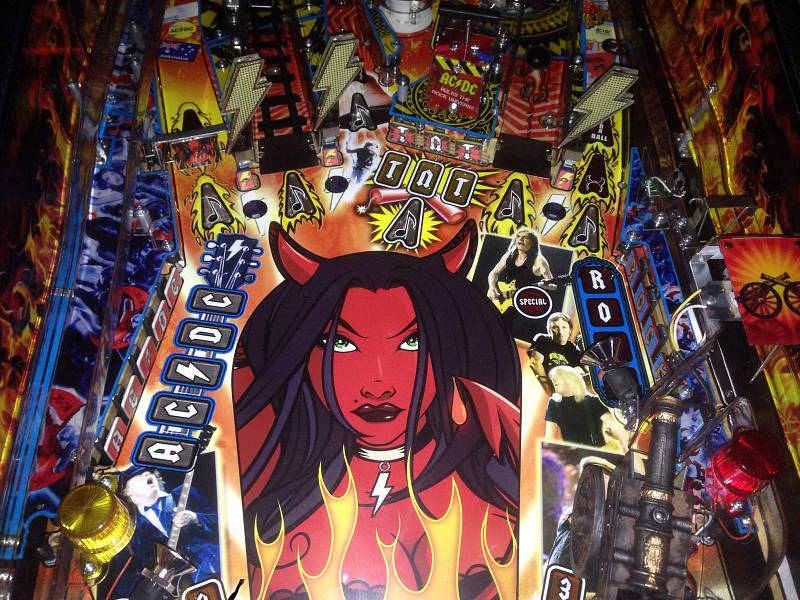 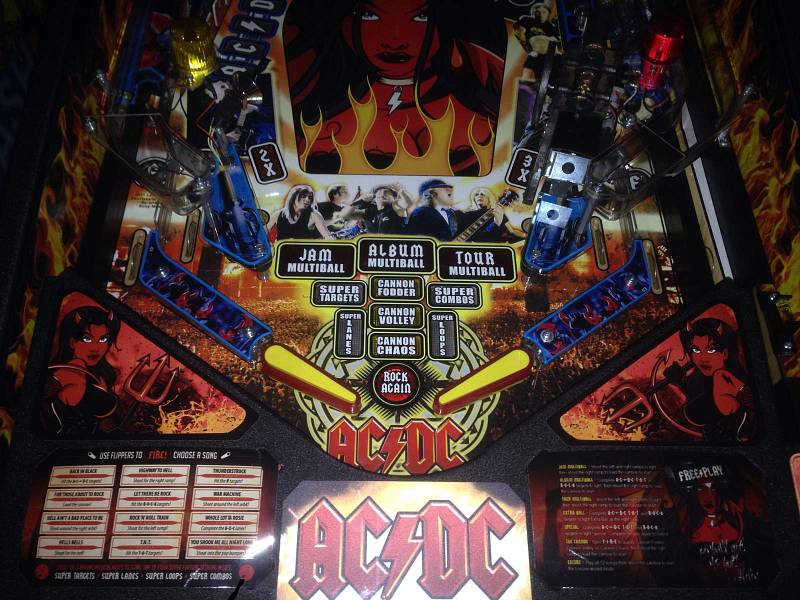 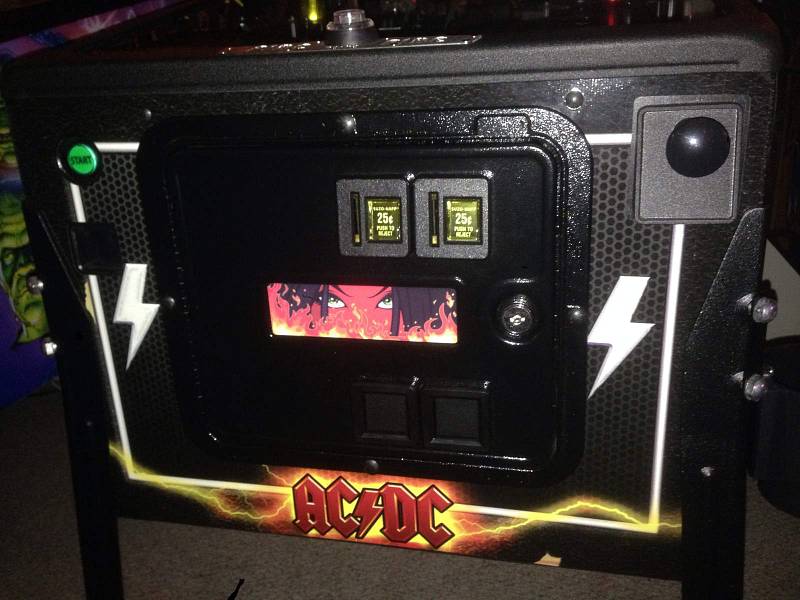 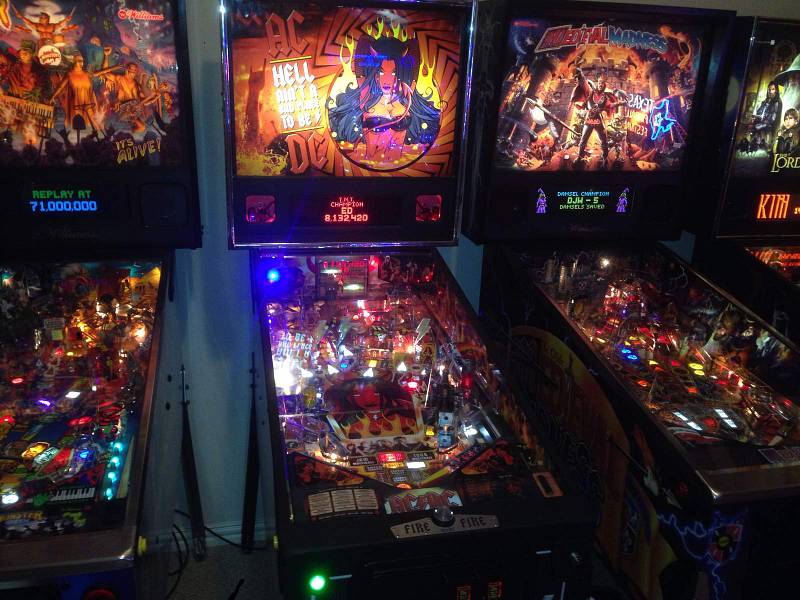 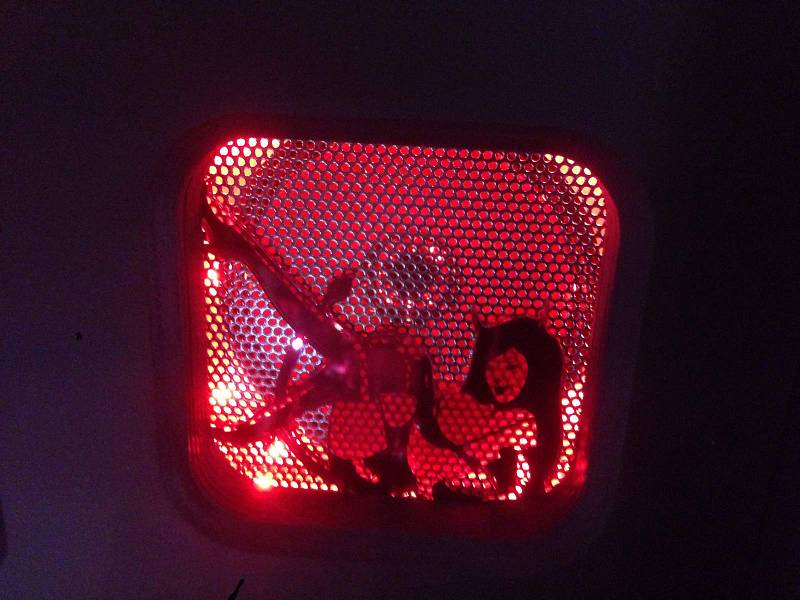 Modded out pro kicks some ass!

i liked it the first time i played it, unlike mm afm rfm taf sttng rbion tz and a bunch of other overhyped overrated overpriced like that
the one i played did have a cloudy glass on the lower playfield why do they do that

Awe, man. You were doing just fine there, and then you go insult and knock around a bunch of games. You should learn that there is a fan for every game ever made, including the extreamly popular ones you listed. It's probably best to not insult stuff people like on a site dedicated to that thing. Even when you don't agree with them.

even the news focused on it when they did a story

Made my day too, that was hilarious.

grow up, many will agree many of those i listed are over rated

SOLD OUT
Back In Black & Let There Be Rock Limited Editions
Features:
•Unique Mirrored Backglass for each LE model
•"Shake And Quake" Shaker Motor
•12” Subwoofer for Enhanced Sound Performance
•Designer Autograph Under Playfield Hard Coat
•Numbered Plaque (Back In Black

Based on Steve Ritchie’s hit design, the latest addition to the AC/DC pinball lineup features an entirely new original artwork package that captures the titillating rock and roll spirit of AC/DC and AC/DC pinball. Players will rock with Luci to twelve classic AC/DC hits including “Back in Black,” “Highway to Hell” and “You Shook Me All Night Long.” Other exciting game features include a lower playfield, ball-shooting cannon, drop targets, a mechanized Hell’s Bell and animations of the band. This decidedly edgy tribute to one of rock and roll’s most memorable bands pushes the visual and auditory limits with its style, sound and infectious riffs. Simply put: Luci rocks!

you can also look up older titles in the archive.

And that is a lot of thumbs down. A little out of control. But I do agree with Dave H's logic on this matter.

Clay has a video which highlights the differences:

Is it catch and release on "trolls" this time of year?

By the way, the cloudy lower playfields were intentional. Helps us middle-aged types get used to the eventual development of cataracts.