I have a T3 I picked up recently and am thinking about selling it. Its an unconfirmed HUO and in great condition. If I could list it as HUO that should be more attractive to most people. I'm not aware of a way to go from unconfirmed HUO to HUO so is this where "Collector Quality" comes into play? In my specific case, I guess Im wanting to know whats the difference between Collector Quality and unconfirmed HUO?

I obviously don't want to misrepresent the pin and showing a lot of pictures should clear that up but I also want to describe it the most attractive way possible.

That's a great question ZenTron. I just picked up a super nice CV and was told it was HUO but have no documentation either. I too am wondering what the "degrees" are here when it comes to determining what both CQ and HUO are! I'm guessing CQ is an absolute perfect and flawless game while HUO was only used in a home (and has the proper paperwork) but can still have blemishes? If that's the case with a HUO, than I've had "lightly" routed games in the same condition as my CV! Sure would like to hear everyone else's thoughts on this. GLWS

Unconfirmed HUO means nothing. Even having the original bill of sale doesn't actually prove it is HUO, just that you were the original owner. I would probably take your word that it was never routed if the condition was super nice though. I would list it as almost new condition, if that is what the condition really is.

CQ, to me, means collectors quality which doesn't exclude a routed machine. It just makes it highly unlikely or it means someone has gone to great lengths to fully restore a routed machine. HUO only is applicable when there is documented proof.

However, like everything, this is only my opinion because there doesn't seem to be a defined, black and white definition anywhere.

Don't get too caught up in those terms. Best to see for yourself what type of shape the game is in. HUO games are often low-play games in excellent condition, but not always. People also have varying ideas about what CQ is.

We desperately need a standard way to grade pins. 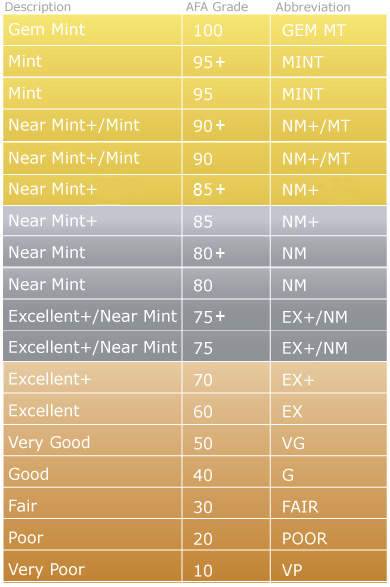 BTW, every T3 I see for sale is HUO lately. If you want to differentiate, add things like "nonsmoking household, cleaned and waxed regularly, kept away from direct sunlight, no errors." Those are the trigger phrases for me.

Neither term means much. Condition is king! Inspect the machine you are going to buy is my motto.

Personally if I were selling the game and I didn't know if it was HUO I might consider using a term like "unconfirmed HUO", or better yet, just leave HUO out altogether and simply describe the condition as excellent etc.

Most people will care a lot more about seeing hi res photos or video that actually shows the condition than how it is described.

There is no difference. They both are non-specific terms that can mean different things to different people. HUO claim without papers is tough. Check inside the coin mechs for wear patterns on the steel or tell-tell signs of chipped paint around the coin slots.

You might try saying "so immaculate it could very well be HUO!" Or some such.

An HUO pin could have been left near a window and be faded.

An HUO pin could also have had the snot played out of it, never had the balls changed, and suffered PF wear. Similarly, it could have been stored in a non-climate controlled environment and be rusty, etc.

An HUO pin could also have been routed and be misrepresented by an unscrupulous seller with the receipt.

Listing a pin as CQ can invite heavy scrutiny to your listing (unless it looks like it just slid out of the box and has zero defects--if it has a few, Just-Under CQ might be a more accurate description).

Just list it as extremely nice or some such wording (if it truly is) and let the buyers decided for themselves what classification it deserves.

HUO doesn't have to be clean, and could have damage and wear depending.

CQ means it freshly cleaned, and flawless in every aspect. Not a flaw to be had. CQ is a superior quality item than HUO is.

Of course some people will say that it is literally impossible for T3 to ever be consider CQ!

But what if i am a collector as i like pinball, and i think it is a nice fun game thus CQ. but play the hell out of it, use it as my workbench and table/coaster for all my beer bottles. I keep it in the garage so that the snow and sun don't hit it.*forgot about temp and humitity: Shhh.. But it has never been routed and never left the garage thus home use only. And when my 16 children bring the newborns over to play it well half of em just rapid fire them flippers like i have never seen. i am not sure how many plays but since i reset the audits HE HE HE it has like less than two hundred plays. All game features function, well i guess they do. i just bought it cause i got a great bonus a couple of years ago but well not a technician. SO come a buy it CQ,HUO,100% working.

some others beat me to it but really those words do not mean much of anything. Look at pictures, see and play in person is the only way a buyer that knows anything about pinball can really know what he is getting. for you as the seller, just represent it as honestly as possible we all would like to get top dollar when selling but to fluff up the ad with some key words that don't mean anything is sometimes a turn off.

just my take on things.

Didn't some guy once post a HUO game for sale, with pics or a vid of his buddy playing it with a cigarette in his hand? That one was pretty funny.

Here is an example I posted the other day. HUO High Speed from 1986, amazing condition but definitely not CQ. But if you look at previous ads for High Speed (as I have, trying to gauge a fair price) you'll see "CQ" and "amazing condition" mentioned on various machines that look nothing like this one. Of course the older the machine, the more of a range you'll find on condition. An ACDC, TWD, etc. is expected to be more "CQ" and usually HUO because most were recently sold to collectors in their homes. But as others have said, HUO could mean kids wrote on it, friends spilled beer on it, the owner left rusty balls in it, etc.

I always look at CQ as being museum quality. HEP or other professional restorer making it NIB or better grade. Honestly if it's been played a bit it loses such grade. 1 knick, 1 scratch, some dust build up on a sleeve from play anything and it's gone. A collector wouldn't play his or her game, it would sit there as a sculpture of perfection.

Imagine a motorcycle collector, they have a 1905 harley.... do they ride it? No. Do museum quality cars get driven? No. I use both of those as examples because they are both mechanical and could serve their primary purpose..... but they don't, not to a collector.

The spectrum for CQ for some is probably a little broader than I've detailed but in general it's probably top quality for all. Its over used because maybe .01% of games are of such quality but a significantly larger percentage is listed as such. The HUO designation is a much broader spectrum and not particularly useful. When someone says CQ, I usually expect the nicer side of HUO (game is fairly minty visually and is just solid, sturdy, and strong feeling is most facets).

Its tough to decide overall what everything means to you but when selling a game, in the end it's best to understate your game, be reasonable yet firm on your price and when the right buyer arrives they walk away feeling they got everything that they paid for and more.

HUO could either mean low plays and cared for, or beaten to a pulp and just as bad or worse than a routed machine--I've observed both sides of the spectrum on this. But typically, when a pinhead is saying something is HUO, usually it's generally in good shape with maybe some cabinet fade, playfield wear in certain spots, or other minor issues.

CQ would either be a flawless original or a high quality restoration that was flawless and could be considered museum quality. Although, I'm sure some folks would debate about the finer points of this--original parts vs NOS parts vs reproduction parts, and original vs restored/repainted artwork. In general, CQ is simply an exceptional example that wouldn't otherwise be found out in the wild.