My recently aquired DE Star Wars works generall well except for one issue. Every few games, it will suddenly display "Slam Tilt", and then the machine appears to restart. This only happens while playing a game; and does not do this while just being powered on. It's enitrely random, but usually see it every 3 games.

I have checked the actual Slam tilt switch.. Looks good (pulled appart). Cant seeing it making any contact with anything.

Very well could be a switch matrix short. If this is the case the fact that you're not seeing it every game is simply because the switch that's shorting the row/column is not being tripped. The slam tilt switch intersects row 7 and column 1. Check all the other switches in the row and column in a switch test and see if they cause a phantom trip of the slam tilt switch. The switch matrix is on page 24 of the manual:

Very well could be a switch matrix short.

That's correct or it's heading there,Problem might be on connector CN8 pin
4 and associated 2n3904 transistor mostly going bad.I know you stated in
your other thread about the seller offered a warranty and he was coming by
to fix some other things make sure you tell him about this.

There could possibly be more than one slam tilt switch, sometimes they are mounted under the playfield.

I had occasional slam tilts on my JP. It was a switch matrix short as Crashdance22 stated. A standup target on the same row or column (can't remember which) was occasionally shorting out and causing the slam tilt.

I also had a slam tilt problem on a WWF RR. This was due to one of the 4011 NANDs for the switch return on the CPU board being bad. But it could be another component like the transistor Mike mentioned.

The difference between how the two problems behaved is that the JP matrix short would occur occasionally during gameplay when the target was hit just right. The WWF RR issue would happen even with the switch connectors (CN8, CN10) removed from the CPU board. Isolating the switches by removing the CN8 and CN10, and then manually triggering the matrix can help you determine if the problem is on the playfield or in the CPU.

Based on what you've reported, I'd do as Crashdance22 suggested and look at all the switches on the same row and column as the slam tilt switch. Look for shorts, solder splash making a short, wires out of place, etc.

I have checked the actual Slam tilt switch.. Looks good (pulled appart). Cant seeing it making any contact with anything.

You Might have a Lil- mouse in yr cabinet , Just a thought ..

Since you just got the game. Besides shorts to switches or wiring, don't forget to look over switches for a switch wired wrong or reversed diode.

Since you just got the game. Besides shorts to switches or wiring, don't forget to look over switches for a switch wired wrong or reversed diode.

I have a TFTC that would tilt when ever the loop ramp was hit. Turned out that someone had put a diode on backward on the switch for the ramp and that was the problem. Sounds like a switch matrix problem to me. You might take the glass off during play and activate those switches in that row and column to try and make it do it again. You can also put it into diagnostics and see if two switches register when only one should.

Thanks everyone. Lots of good ideas for me to check out tonight. Appreciate it.

Note: I had ran the diags on everything...Showed up clean.

For what its worth, I test played the machine; and of course it didn't do this then.....

You Might have a Lil- mouse in yr cabinet , Just a thought ..

Quick update. The team went through it again tonight. Since i got a warranty on it, life is a bit easer.

Crash -Appreciate the info on the Matrix switch. Checked it... Ruled this out.

At this point its either a ground or possible transistor problem PinMike mentioned. Another round of troubleshooting happens tomorrow night. I'll keep the Pinside collective posted.

Once everything works, I will then start on the cabinet restore.....

Figured I would close this thread out. Decided to check the Flipper board as a possible culprit. While putting back in, I noticed while dropping the playfiled, that a screw was falling out of one of the hooks that secures the playfiled to the cab. This screw was resting on one of the ball switches (ball through).

Tightened the screw up....Slam tilt never happened again. Guess it was causing a short. Would have never guessed this one in a few million years....

Just wanted to bring this thread back to life. I had the same problem with the slam tilt. This thread had my fix in minutes. Without it I would have been trouble shooting for hours.

Thought I'd add to an old thread, especially since it could help others having similar issues. Working on a DESW on location yesterday that was getting slam tilt, top pop bumper would fire occasionally and was racking up credits while playing. Found the same screw, as mentioned, resting on the switch. Tightened it up and all is well. 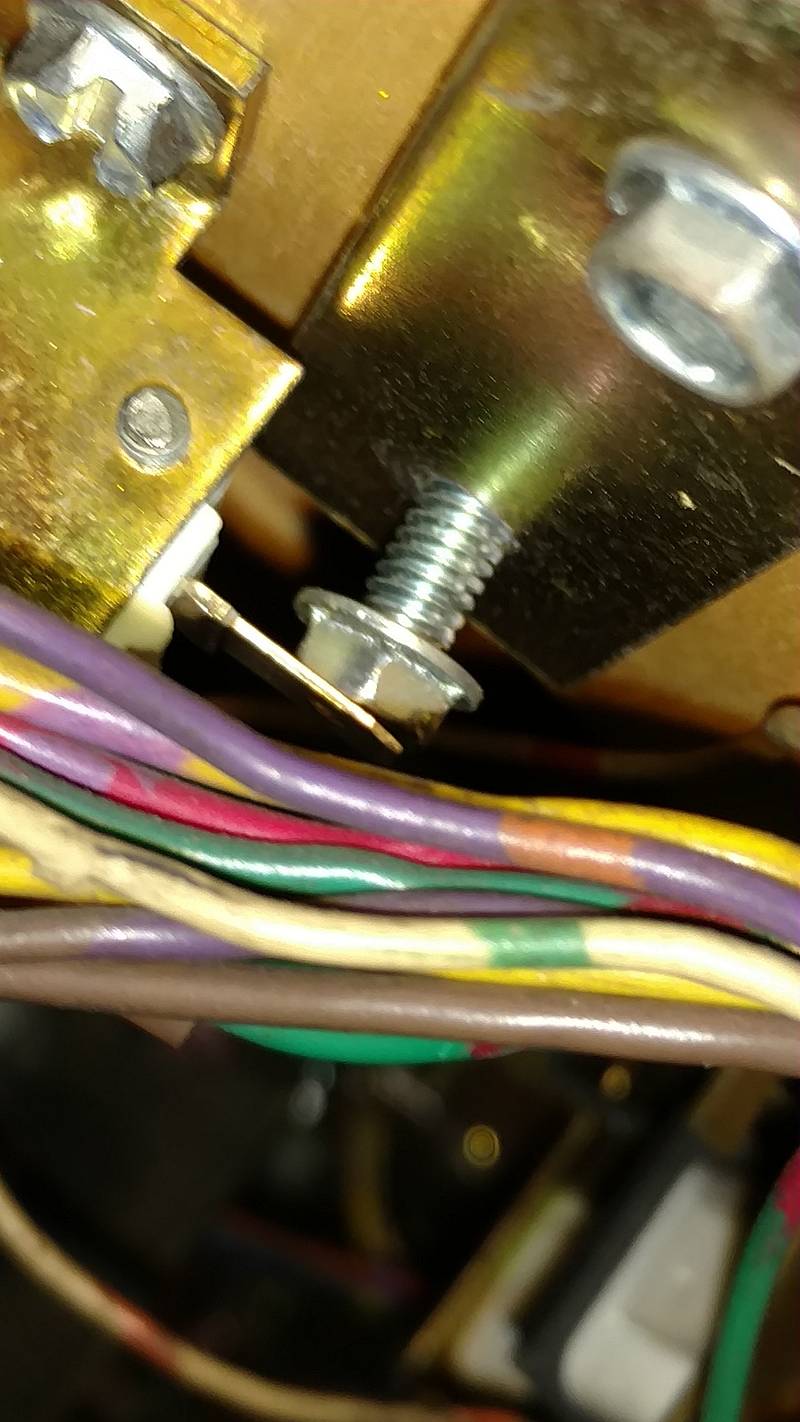 Always good to see that old threads help people fix things. That's why I always start a thread when something goes wrong. If it helps one person fix a game then it did its job.

Thought I'd add to an old thread, especially since it could help others having similar issues. Working on a DESW on location yesterday that was getting slam tilt, top pop bumper would fire occasionally and was racking up credits while playing. Found the same screw, as mentioned, resting on the switch. Tightened it up and all is well.

Ha. I just purchased this machine and this was the exact problem I identified within 5 minutes of playing! Perfect thread! 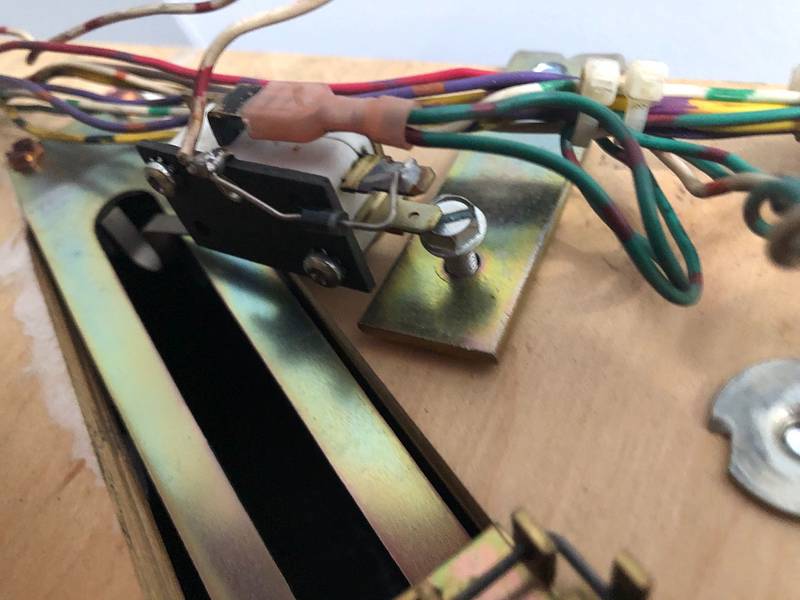 Noting this for future reference. 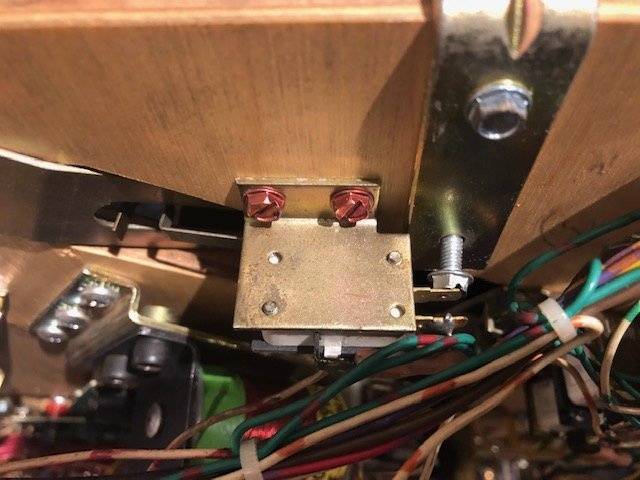 Thanks for this advice. I had a same problem and went trough everything the whole evening and after reading this it was fixed in minutes