Got a Data East Star Wars 1992 from Great American Pinball as shopped with new LEDs and no other mods less than a month ago. Had them come out to fix several things, but they didn't seem too interested in recognizing that anything had to be fixed with 2 issues I raised. I'm going to keep them in separate threads to avoid cross-troubleshooting.

The Sarlacc Pit eject hole intermittently doesn't kick out the ball. It might take 1 round of ball searching, or me hitting the flippers for the pin to recognize that there's a ball in there, or it might take 5min of ball searching every 15-20sec. When it searches for the ball, it will be a "light" search which doesn't include the Sarlacc Pit, and eventually, there will be a heavier search when the pin fires off more coils and targets which includes the Sarlacc Pit and kicks the ball out.

Annoyingly, the issue didn't show itself for a while when the tech was here. He was pretty convinced I was crazy until he actually saw it happen. It fixed itself with 1 ball search, which made it seem like not a big deal. He manually threw the ball in there about 30 times, and it hung once. He checked the switches, did a coil test, visually inspected it and said there's nothing wrong with it. He said it must be a programming glitch. Today, within 2 games, it happened 3 times and two of them was waiting for several minutes.

I read someone else post a similar issue with the Sarlacc Pit, The Force eject hole, and the plunger. My plunger rarely doesn't fire although the game thinks it did. My The Force eject hole always works. This guy's fix was a loose wire at R2D2. I've checked all of my wires to the best of my ability and they looked fine. Note that I am a newbie though.

Any thoughts or insights on how I can troubleshoot this?

Can you post a picture of the coil and switches under the playfield?

It sounds like one of the switches aren't closing completely.

Hopefully I got the right angle, lol! 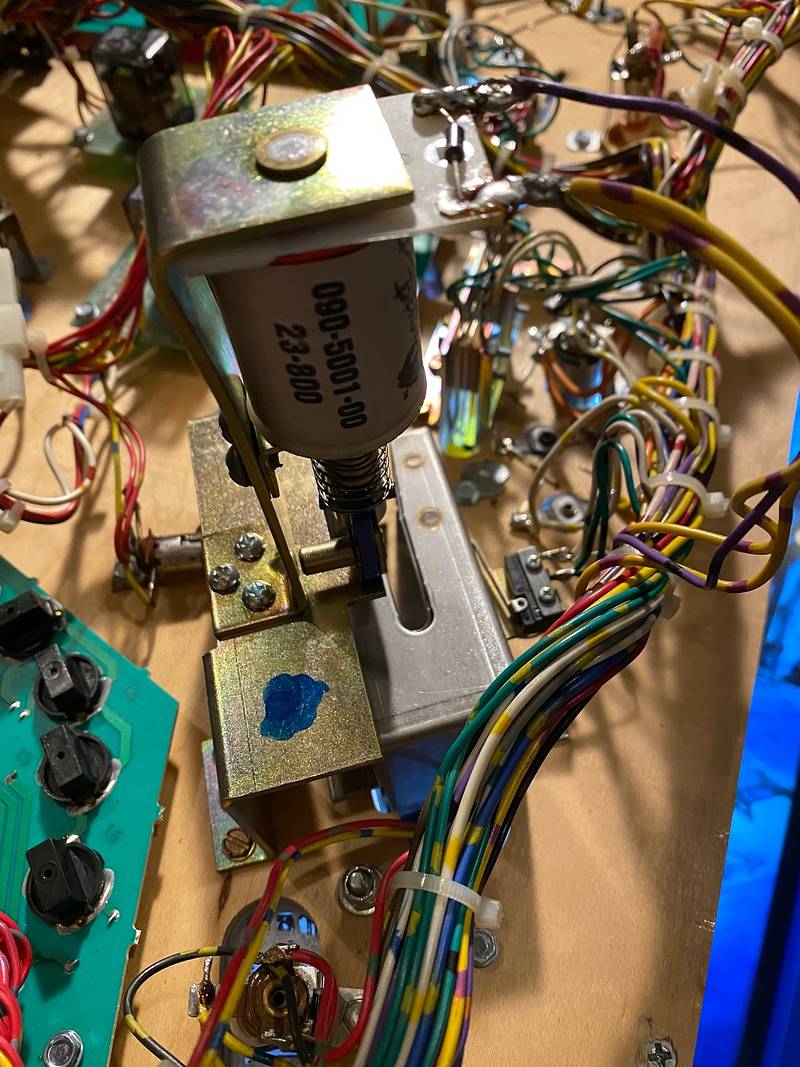 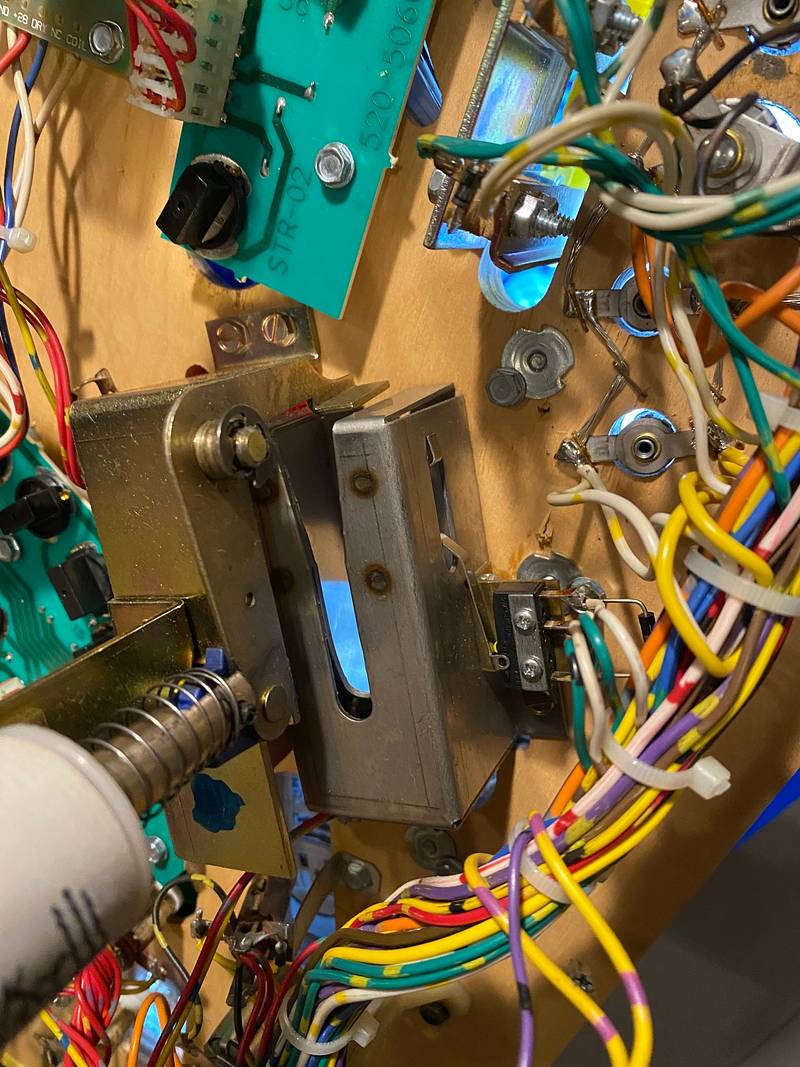 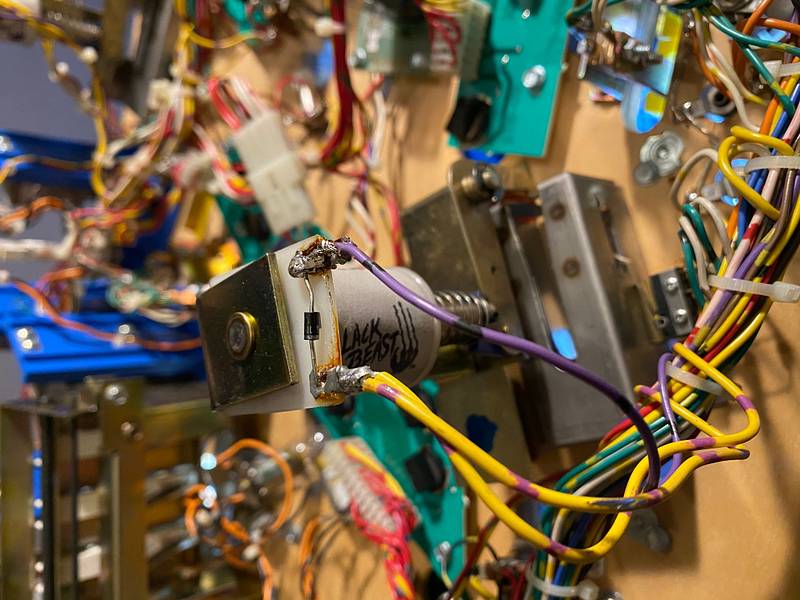 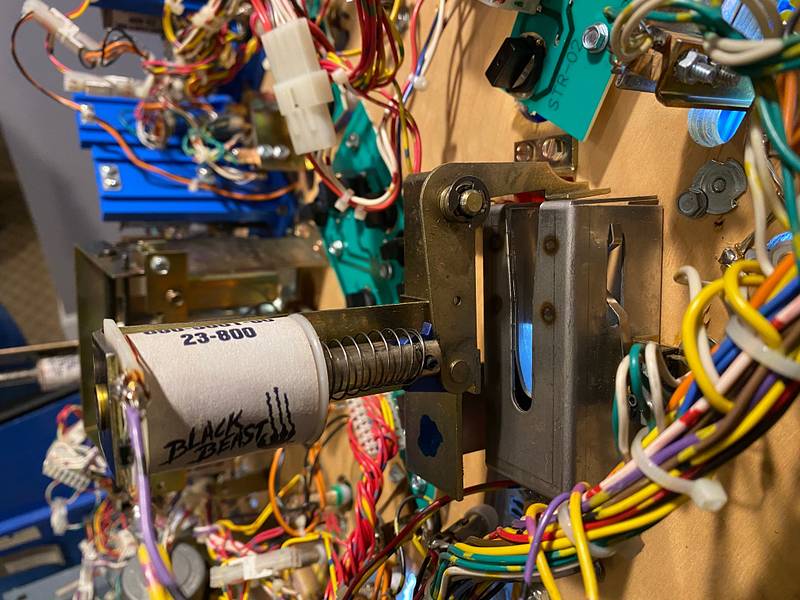 Can you loosen the screws a little and turn the switch body in the direction of the arrow ?

If not try adjusting the arm of the switch where the yellow points in the direction of the other yellow arrow so a ball closes the tiny nub in the switch body better. 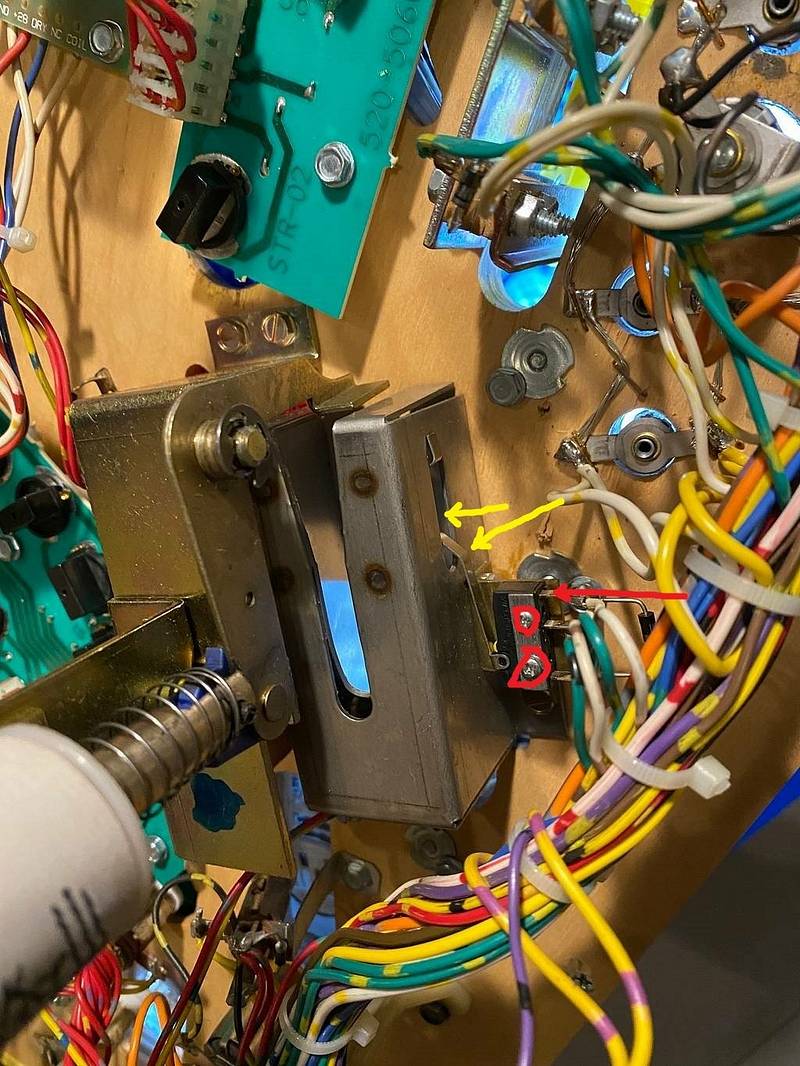 GAP actually sent out another tech who did a lot of resoldering of cold joints on a board, identified other incorrect wiring, general things that weren't working like bumpers not putting up points, drop targets that weren't flush with the playfield, and spacing above square targets. All in all, great visit, but didn't fix the eject hole issue.

So then I did LTG's adjustment of the screws. I was able to move it like a millimeter, but it seems like it did the trick! Manually dropped the ball into the pit about 50 times and then played for a while. So far so good! Thanks, LTG!!!