Working on my Banzai Run, was going to put in a Nvram, and saw this Dallas module, first time I have run into one of these, not really sure which Nvram it needs, what's the deal with this module, anyone seen it before?? 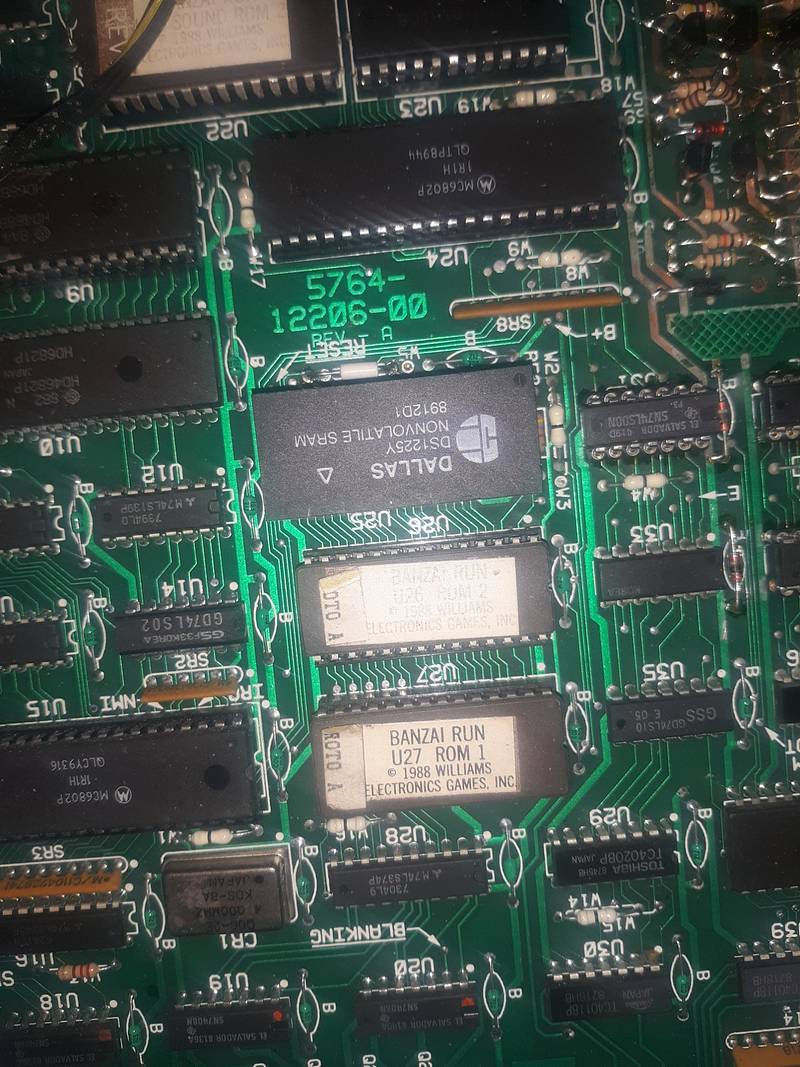 Seen them in Dart Boards.

Is it currently working retaining memory?

Type of NVRAM (8K x 8 memory) with built in coin cell battery backup.
The nice thing about these is they tend to last quite awhile before going dead.
The bad thing about these is the price has quadrupled on these over the past few years.
But they're still available at places like Mouser for just under $20 ea.
Search for new part number: DS1225AD-150

It was working, currently doing a playfield swap, just wondering if it's worth changing out, Ed, can I just swap in a 6116 nvram , this thing should be close to over its lifespan, it's over 30 years old,

Looks like that Dallas BBSRAM was made in 12th week of 1989. They (conservatively) rate them at 10 year life so it probably has some mileage. Hard to say when the "freshness" seal was broken (after first use the battery is connected) and what kind of shelf life they have though.

If you really want the RAM contents and have a equipment that supports it you can even read back the dallas chip and the write the same data into a the NVRAM. I can read/write to the FM16W08 with a GQ-4X profile set to DS1225Y.

I would probably just swap it out for a 6116 NVRAM unless you want to see how long the dallas BBSRAM lasts. Can't see but probably already have an IC socket installed.