Hello everyone,
I'm new to the forum and hope I can get some help with my "close encounters of the third kind" pinball machine. I want to restore it into it's original state (kinda in honor of my grandfather who recently passed away).
I'll try to be as thorough as possible. First time I booted close encounters nothing worked except the displays.
After opening the backbox the known issue of the leaked battery was clearly visible. I then changed the battery into an original (varta instead of data) and replaced a bunch of resistors, diodes and repinned almost everything of the MCU board. After that I put the MCU back, I was very happy as flippers, drop down, sounds, roto target all worked, everything seemed to work except the displays.

But now, the game seems to be stuck in some kind of game state... The moment I push the "ON" switch I can immediately control the flippers and basically start playing without putting in a coin. The drop targets don't reset and roto target also doesn't work. I think i've measured all possible voltages which are OK, all fuses are OK. I don't think the MCU is dead but just stuck in some kind of mode and it can't be reset. I believe it has something to do the with the reset circuit...

I hope I was a bit clear on the problem and hope someone can help me out.

I also made a quick vid and put it on youtube: 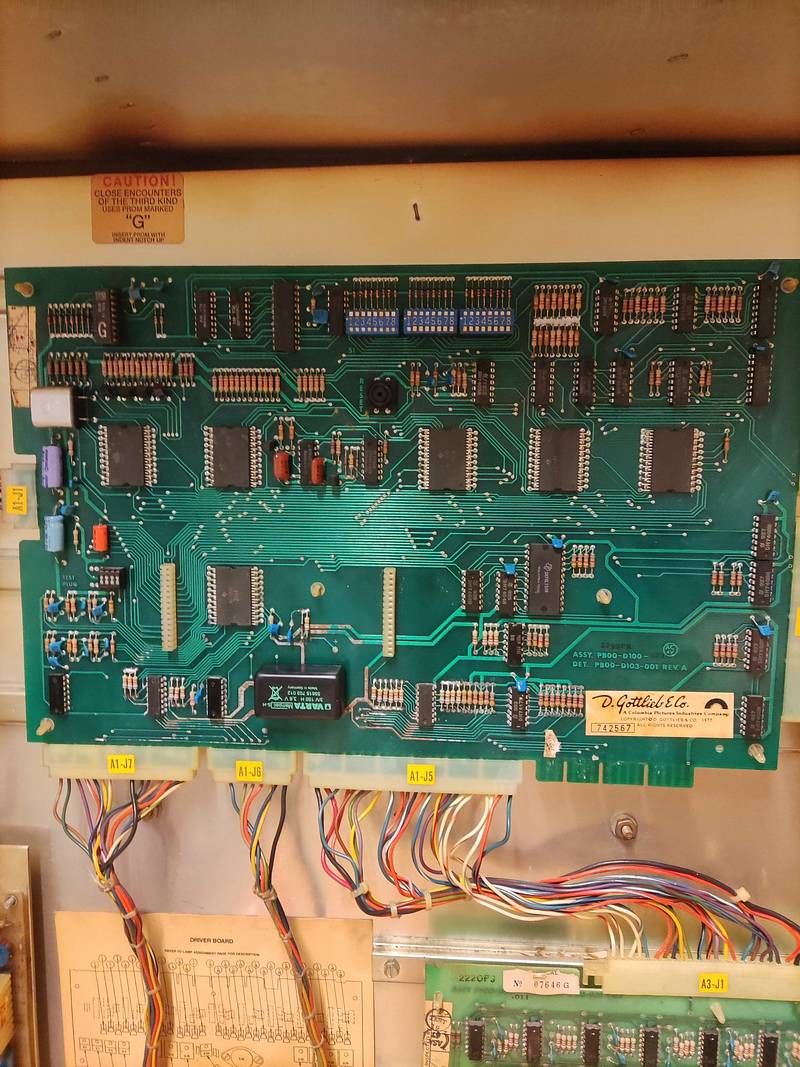 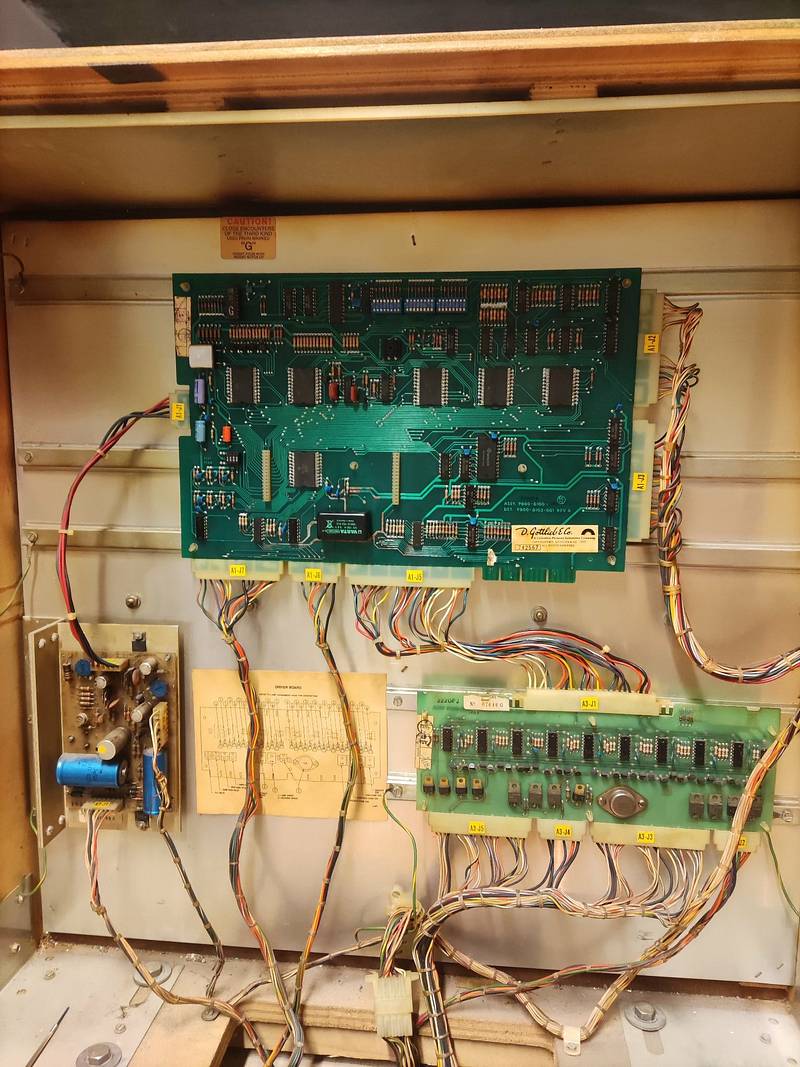 Since none of the controlled solenoids or displays work, the MPU is not running. I would first start by checking the reset circuitry on MPU board.

Tuukka thanks for the reply!
Had to wait for my scope before I could decently measure something.
From the info I have (Pinrepair.com), after power up TC1 pin14 should drop to -12V and rapidly change to +5V.
As you can see below, this is happens... only it's -10.6V and +4.9V. So I'm guessing the reset circuit is ok, although the time is very short (87ms)
Do you have any idea how long it should be? 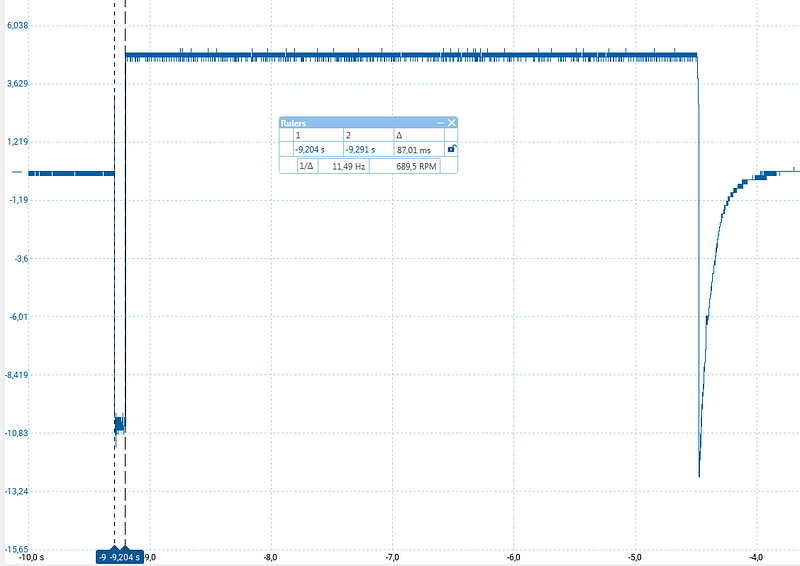 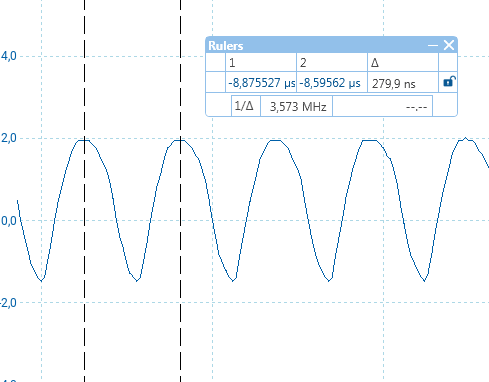 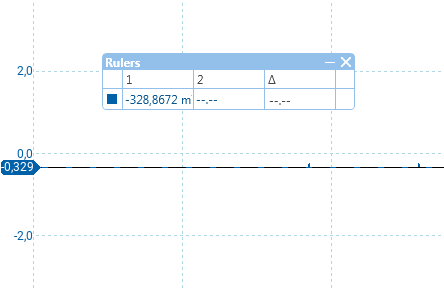 These are all measured at TC1, I'll try to measure at the chips directly. In the meantime any other ideas?

The reset looks OK, I dont remember how long the pulse should be, but think 87 ms is enough. Anyway I have seen some boards with bad capacitors C31 and C32 near the 4528 reset monostable Z2 causing the reset pulse to be missing or too short.

Also the clock seems to be OK. It is normal that you can't get signal from the other crystal leg. Your probe and scope load the circuit and it stops oscillating. To make sure that CPU is clocked, check test socket TC2 pin 11 for 198 kHz CPU clock.

7404 inverters Z27 and Z29 sometimes fail. With scope, it should be easy to check that all inverters are working.

Can I assume as all outputs are low, something is wrong with these two? I would think that because I changed the battery and a bunch of resistors. The problem would lie somewhere in this location. I'm starting to think I did some wrong repinning, although I changed pin per pin. 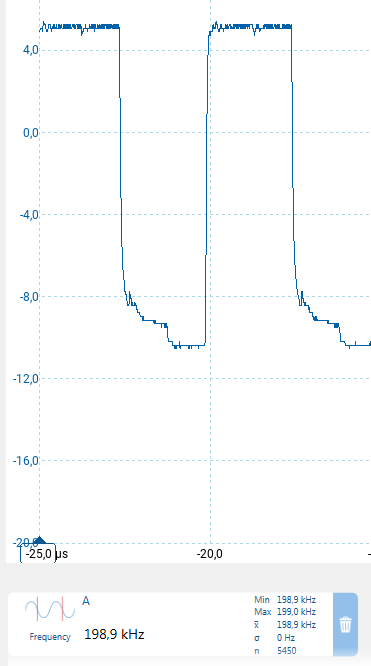 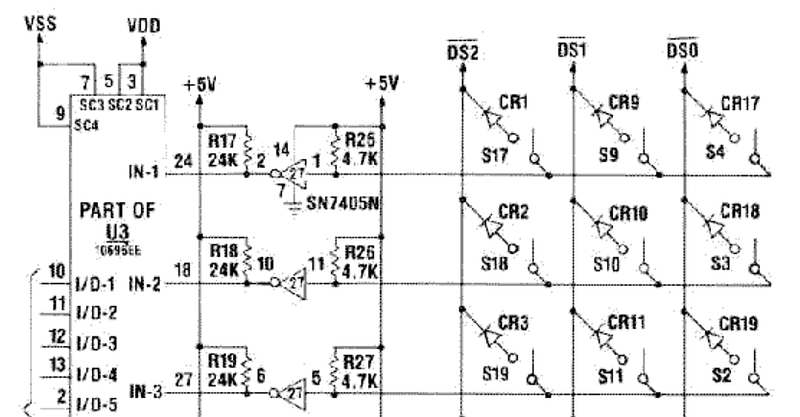 Yes the parameter matrix is the DIP switches. Z27 outputs should be pulsing if switches are ON. If all switches are OFF then the outputs will stay low. Check the input pins also. High at input should result in low at output, and vice versa.

But if your CPU is not running, it does not scan the switch matrix and the DS lines will not be pulsing. Check Z29.

Tuukka I checked Z27 and Z29 again and compared input vs. output. States are inverted, but I'm not seeing any pulses (only some noise as you can see in the first pic (Z29 pin 8)... Can I assume CPU is not running? Which IC is the "main CPU" I havn't been able to figure that out yet. 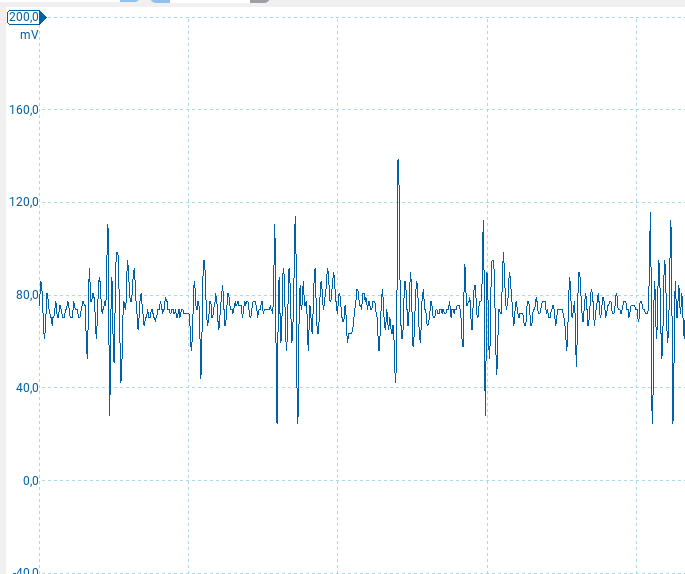 I do however measured DS1,DS2 and DS3 and I'm seeing some pulsing on top of the 5V DC (second pic but with AC coupling). 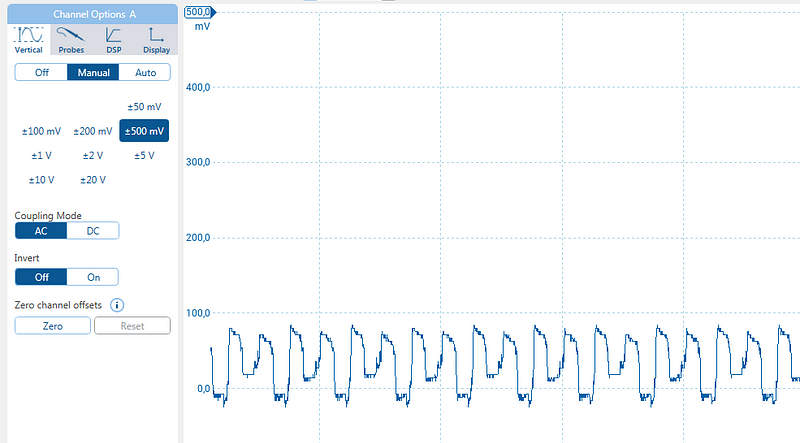 It does look like the CPU is not running, at least not the correct program.

U4 and U5 contain the program ROM, so might be good to check that all data and address lines are intact. The game PROM does not contain executable code, and the board will boot even without it.