You're currently viewing posts by Pinsider redwizard000.
Click here to go back to viewing the entire thread.

I finally managed to get my hands on a decent BOP. Got the 3d back glass, LEDs, those track light things along the side and the little plastic shuttle mod. Oh and that topper came with it too...

First thing I did was replace the batteries, which were expired as of 2018, so who knows how long they were in there. No leakage or damage to the board though, I feel like I dodged a bullet. ROM is out of date as well, Rev L-3. I don't know if I want to go through the trouble of upgrading it or not.

It's in pretty good condition, though it does need to be cleaned, particularly in the hard to reach places. 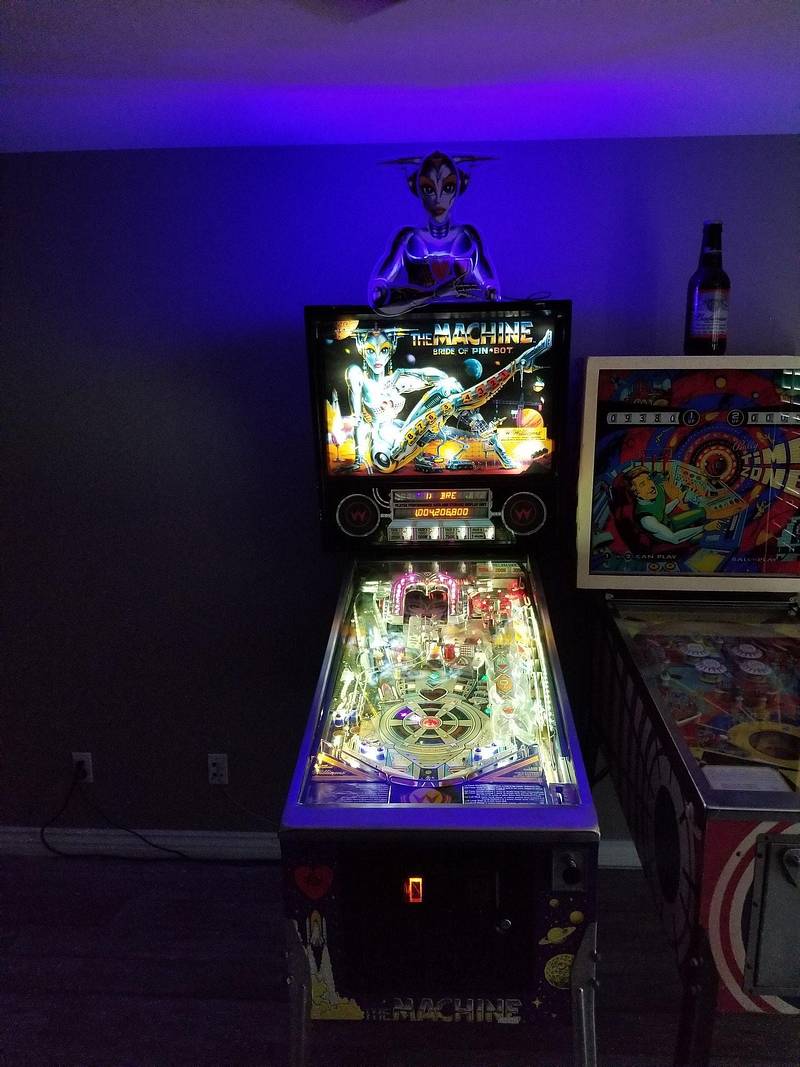 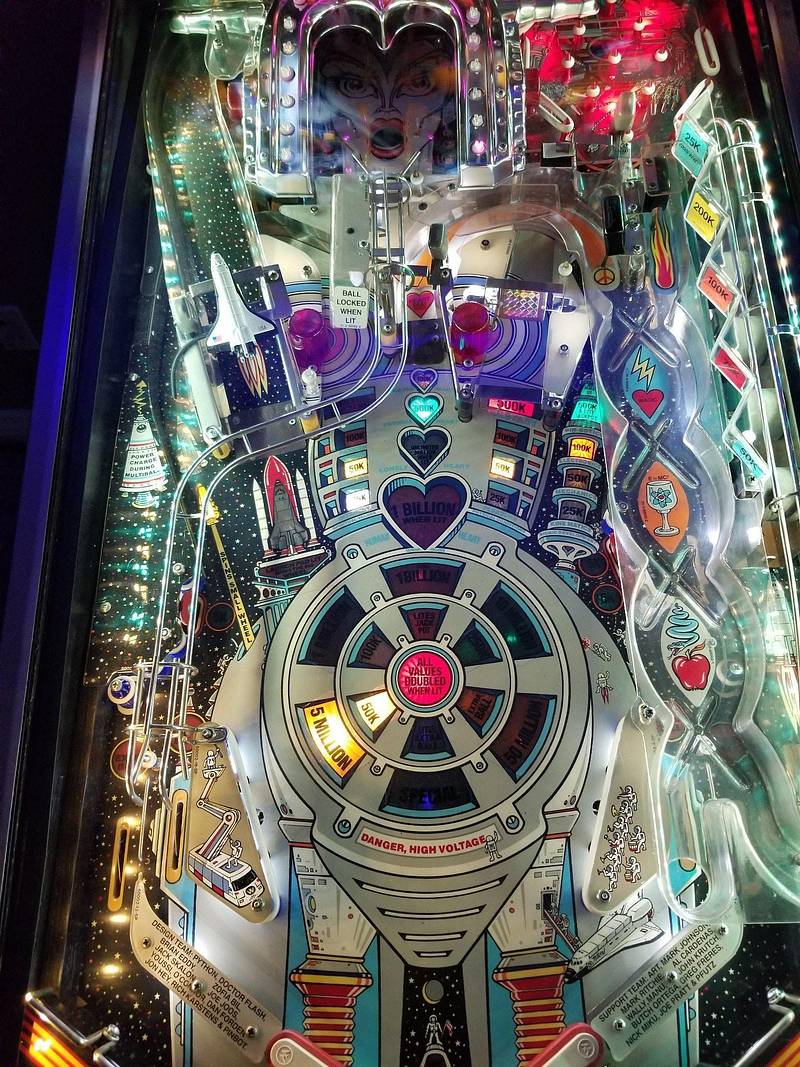 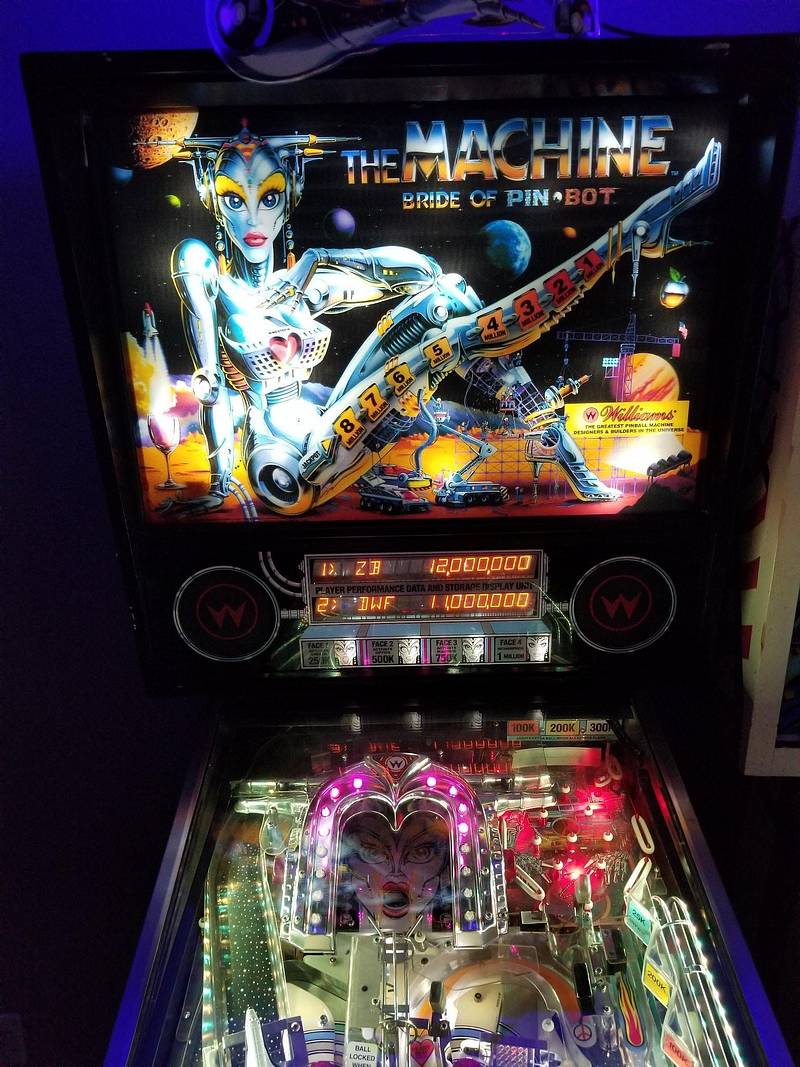 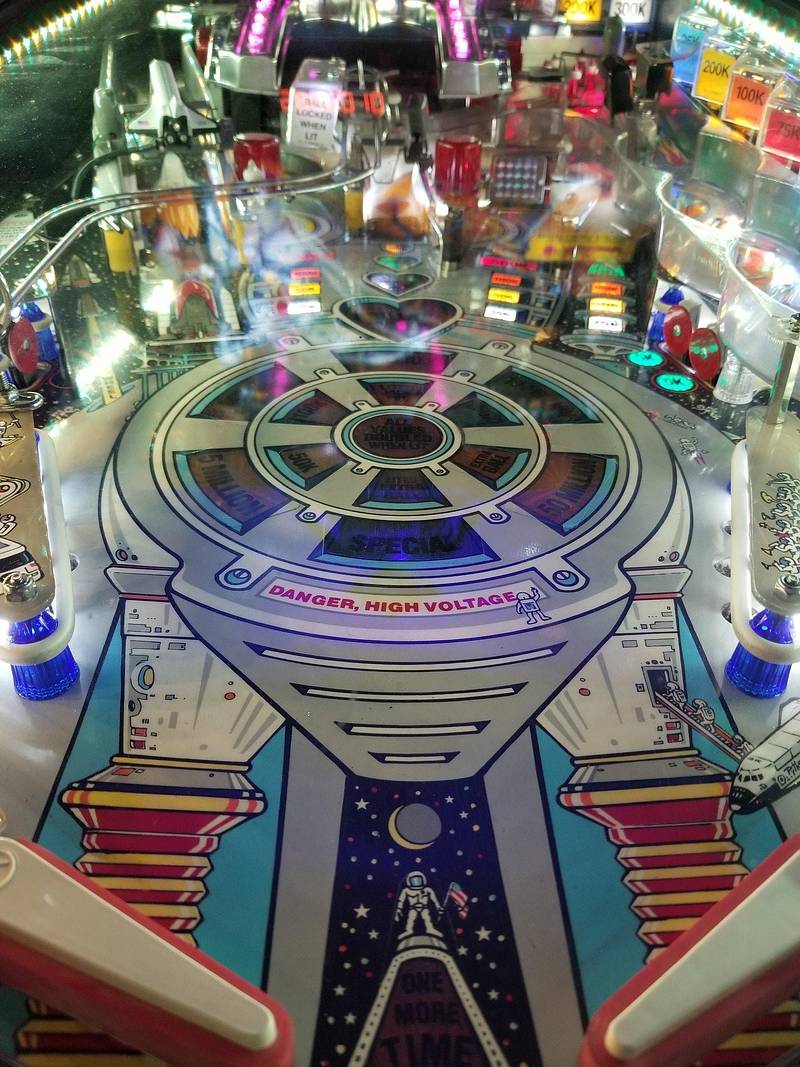 I have an odd problem with my machine. On startup the lights seem to be stuck in "attract" mode. When you begin the first game after turning it on the heart lights and both sets of right hand loop lights will flash on and off randomly and the wheel alternates between the small wheel being fully lit and the big wheel being fully lit.

Those lights should be off and the wheels should be spinning together slowly.

The game still works, the lights respond as they should when triggered, the wheels spin, the loop lights will light up and function properly until they timeout and then they go back to randomly lighting up.

I am thinking that it may be an issue with the firmware on the machine. It is running Rev L-3. I have ordered a Rev L-6 chip and will see if that fixes it. But just in case that's not it, anyone seen anything like this before?

The wheel lights fully lighting alternating between big and small wheel is the correct lighting sequence for the ball prelaunch. Once the solenoid for the skill shot kick out fires is when they should change to the spinning pattern.

Yeah but they don't. They stay in that mode until the wheel gets spun. Then they spin the wheel like normal and then they go back to the alternating.

It's weird. And like I said, eventually after a few games it stops doing it and all the lights behave as normal.

It must have been either a bug in L-3 or the factory reset that I did after installing L-6 fixed it, because after putting L-6 in the problem went away.

EDIT: Ehh, looks like I spoke too soon. It's doing it again, actually it looks a little worse now, now the "extra ball" and "one more time" lights are doing it. Although, it still goes away after a few minutes, and I think it is actually going away faster than it was.

I circled the lights. The ball is in play, those lights shouldn't be on right now. The lights in those groups randomly flash on and off (except the 1b heart), and while this picture doesn't show it, the "Ball locked when lit" light is flashing, even though there is no ball locked. This time the wheel looks to be behaving normally and this time the extra ball lights aren't flashing... but sometimes they do. 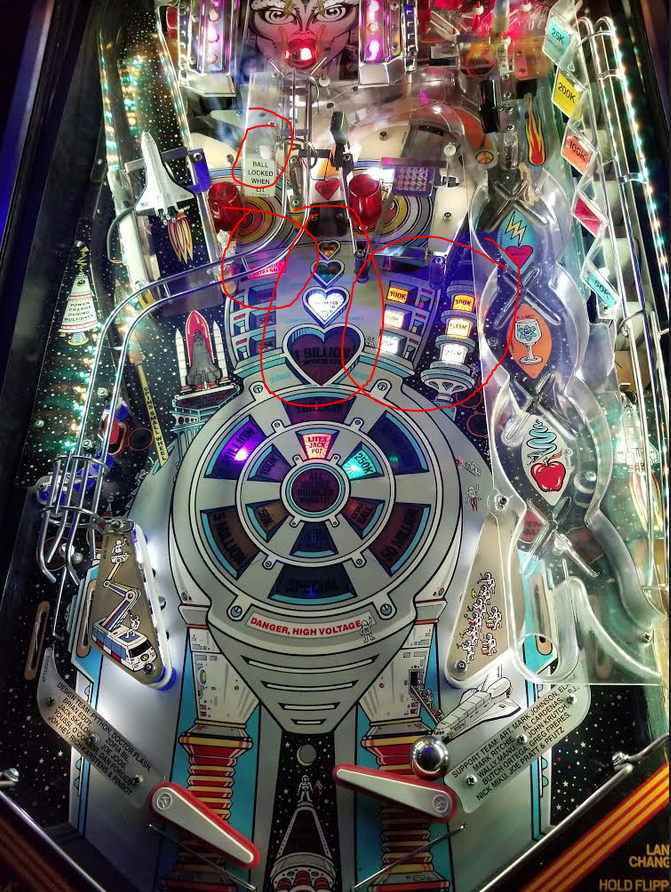 I have an L-6 and it also does the sound cut off thing. That's the last version before you have to solder jumper-wires to the motherboard, right?

Has anyone added a Space Shuttle toy to their machines and if so, which one?

I have one. It's this one: https://www.pinballdecals.com/BOP_ShuttleModPage.html

It came with it.

If you've only got busted red pegs then those are easily replaceable,

I have broken a bunch of those pegs. Yeah they are super easy to replace. Because of their age (that's my story and I am sticking to it) they are brittle and they snap when I put new rubbers on them.

You guys are talking about these right: https://www.marcospecialties.com/pinball-parts/03-8044-9

You're currently viewing posts by Pinsider redwizard000.
Click here to go back to viewing the entire thread.