I posted this under tech, early ss, but throught I would post here as well.

My f6 fuse keeps blowing as soon as I start the machine. It appears to control the upper playfield GI since that is not working. I have checked for shorts in the light sockets,,wiring, etc and re-slider some bad joints but it still,is blowing. If I disconnect the plug on the bottom of machines that connects to the upper playfield it does not blow. Attached is a picture of the non-controlled illumination schematic with an arrow pointing to the offending fuse. 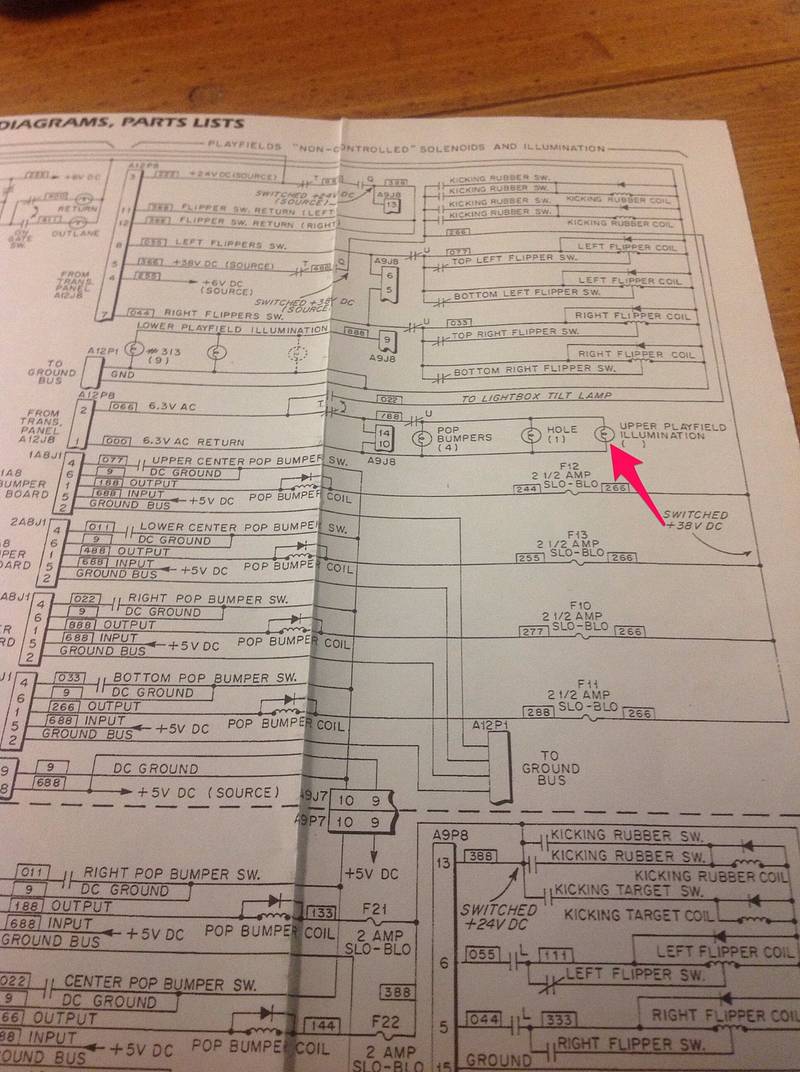 what's the resistance between the two GI lines?

How would I test that? I have meter but not sure where to connect the wires.

Here is an update -
I traced the black/blue/blue color wire from f6 fuse to the playfield. It had one of those multi-switches on the other end - plastic piece that operates multiple switches. It needed adjusting. I did that and reinstalled the fuse and it did not blow immediately. No GI on the playfield and fuse blows after a few minutes.

I removed all of the GI on the playfield, put in the fuse and it did not blow. I added each GI light back one at a time and checked the fuse after each time. All lights replaced, the fuse did not blow but I still do not have GI on the top playfield. Started a game, fuse did not blow still no GI on upper playfield.
Thoughts? And thank you for bearing with a pinball noob, but I am enjoying leaning from you all.

Yes, I believe it is the T relay. it has four switches. The switch connected to the f6 fuse wore appeared open before adjusting it. The other three switches were closed.