Post #166 Pinside+ sale, your chance to support the site at the highest level Posted by robin (2 years ago)

Just installed the dimming backbox panel on my Tron and it looks great! Of course, I ordered earlier this week and missed the Black Friday deal.

+1 glad I got my Comet order in early!

I would be stoked to get a deal on taf or tz!!! If you have either collecting dust, let me know!

There's been some confusion, in part due to my outdated website (will be updating soon) and that there's no coupon code-

Has anyone successfully ordered from Stern? I keep getting "Notice: The gift certificate code you entered does not exist." Tried with both lower and upper case and it's always the same.

Agreed. Interesting that sites that seem to have stuff highly marked up seem to have the hardest time getting discounts to work.

I posted earlier in the thread that on ebay there were factory refurbs for $74 shipped + 2% ebates back. I bought a couple. Nothing wrong with factory refurbs 99% of the time.

I realized though that I really probably don't need these things. I don't tend to have my machines cranked. Guess we'll see

On Friday, Walmart had them for $75 shipped through a 3rd party seller (AMI Ventures), but I can no longer find that offer when I go to their site.

I have less than a dozen Shadow grips left......Please dont miss out!!

Sale is though Monday, Midnight....

I have less than a dozen Shadow grips left......Please dont miss out!!
1 Pair with Mercury Dimes!!
Sale is though Monday, Midnight....

hmm, so tempting. Those look great

I expect, at the least, the 12" will be available at that price again tomorrow for Cyber Monday.

On Friday, Walmart had them for $75 shipped through a 3rd party seller (AMI Ventures), but I can no longer find that offer when I go to their site.

Thx, I am still bumping around trying to beat Amazon.

The 12" monoprice is a much better deal at $96. 12" vs 10" and 150w vs 50w. Don't be fooled by the no-name, it's always near the top in budget subwoofer rankings by experts.
I expect, at the least, the 12" will be available at that price again tomorrow for Cyber Monday.

Thx, I am still bumping around trying to beat Amazon.

I think tomorrow will be your best bet to beat that.

Yeah, I'm sure 10 is plenty good for pinball, but I figure if I spend $100 I may as well get the most I can. I picked up a cheap mixer too so I'll hook up 4 pins. Sure, I'll update with the results. I currently have a 10" passive sub in my GB which sounds pretty good, so that will be the bar.

Next summer the pins are coming out on the back patio along with the sub, and I'll be rocking the neighborhood for my pin-party!

Has anyone used the Pinsound code today? I am getting an error message that it is no longer valid. I thought it was Cyber Monday? Was the code limited to only a certain number of orders? Code I am trying is BLACK2018. Thanks.

No code needed, just add the items to your cart & shipping will be calculated as above.

Great time to save some shipping on NVRAM (Battery Eliminators) or one of the new Classic Bally/Stern LED Display Sets! 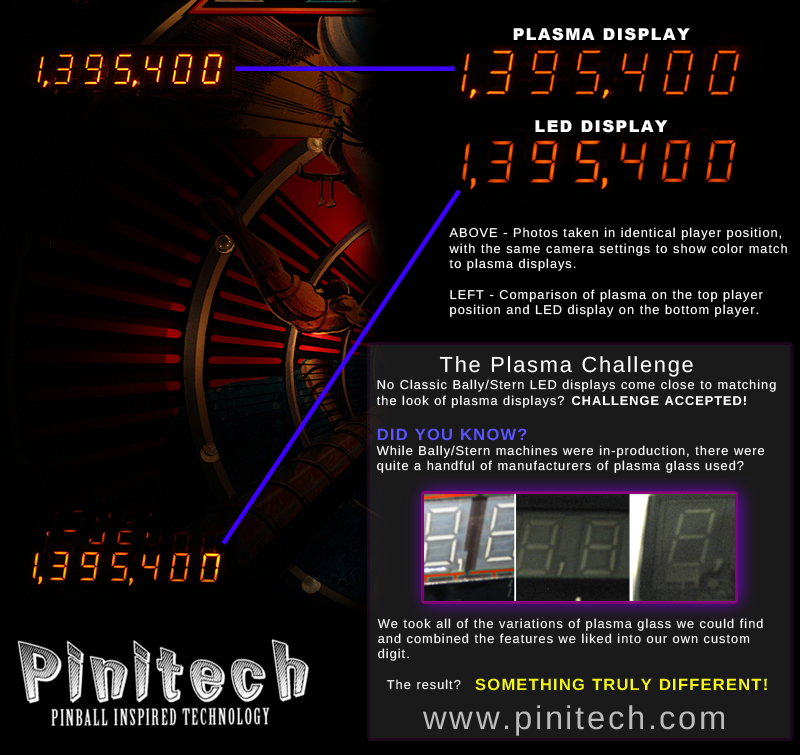 Stern store works for BF18 now but when you place an order you get nothing, no confirmation, nothing in order history. They need to find better software.

Given their track record, that MIGHT come out 3-4 years from now.

The 12" monoprice is a much better deal at $96. 12" vs 10" and 150w vs 50w. Don't be fooled by the no-name, it's always near the top in budget subwoofer rankings by experts.
I expect, at the least, the 12" will be available at that price again tomorrow for Cyber Monday.

Did you find any deals on a decent subwoofer? Thanks.

Last day for 25% discount off all decals in my pinside shop!

Last day for 25% discount off all decals in my pinside shop!
https://pinside.com/pinball/market/shops/1039-metal-mods/by-category/341-playfield-decals

How is the discount applied? Not seeing it.

Did you find any deals on a decent subwoofer? Thanks.

The same deal I previously posted in this thread is back for Cyber Monday as I suspected. Use "CYBER20" for 20% off.

How is the discount applied? Not seeing it.

Pinnovators Cyber Monday website sale ends this evening. No code needed items will come up discounted in check out cart.
Thanks
Pinnovators.com 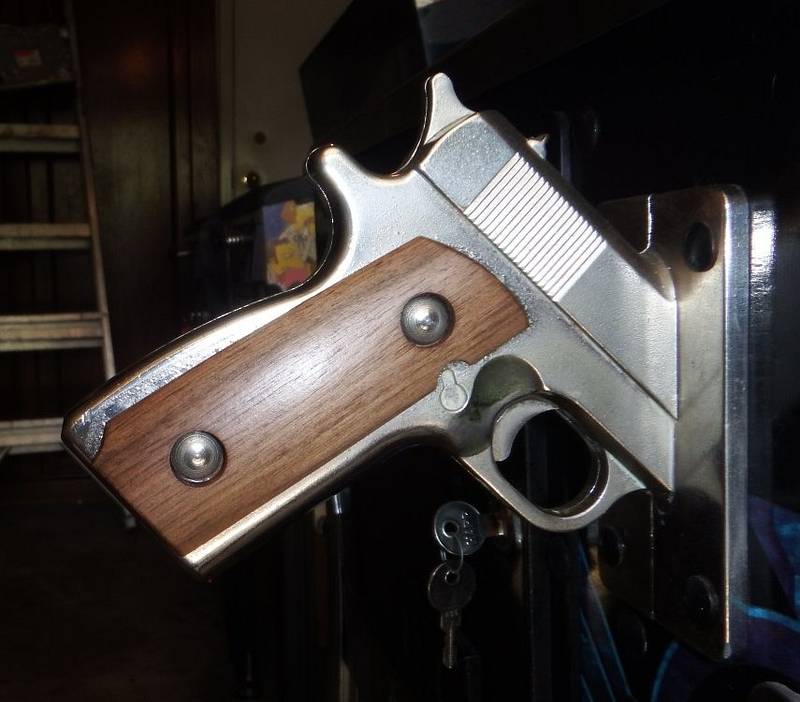 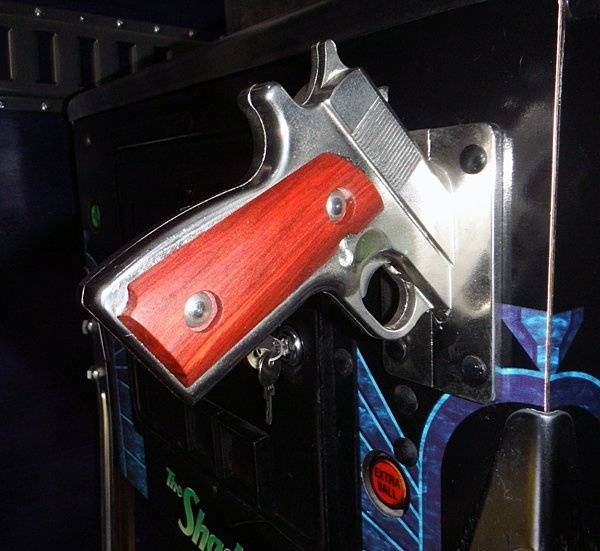 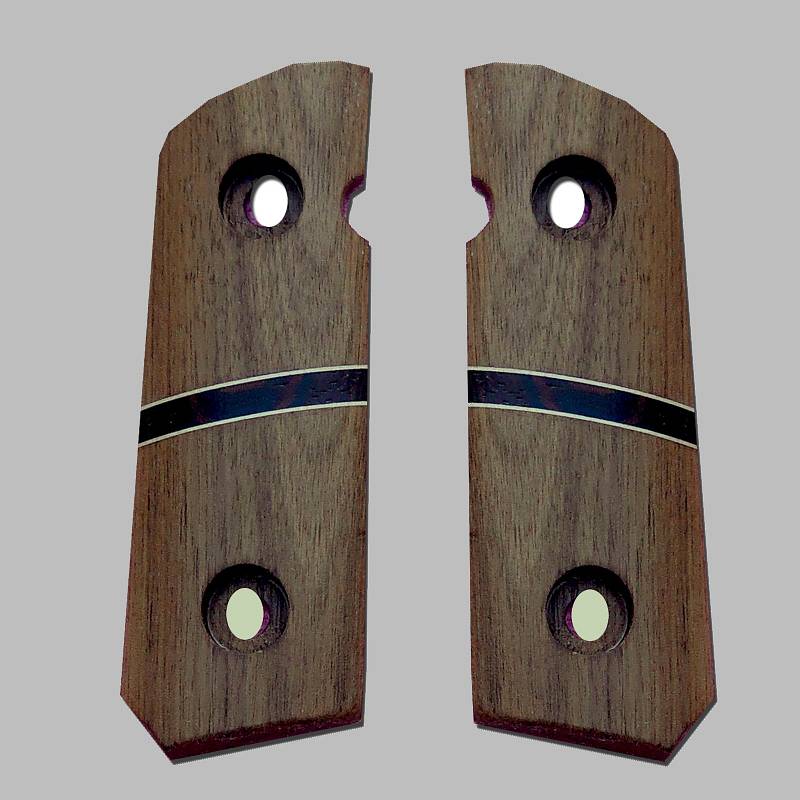 Hey so where's the "Doh! I MISSED ALL THE DEALS" deals thread?
Second mouse gets the cheese, they say!

Pinball-Mods.com sale is now over.
Thanks to everyone who partook in the sale.
Everyone will be shipped today (Tuesday) with exception of one order of Popcaps which is missing a few undercaps.

Pinball-Mods.com sale is now over.
Thanks to everyone who partook in the sale.
Everyone will be shipped today (Tuesday) with exception of one order of Popcaps which is missing a few undercaps.

Appreciate the great products and discount look forward to adding those cool clear pops and parts to my games. Thanks!

Shapeways 15% discount extended for all of Tuesday

and Shapeways is introducing a price rise on the 1st Jan 2019 so in a months time everything will be 25-30% more expensive.

Thanks to everyone who participated in our Black Friday sale! We should be caught up on shipping by tomorrow.

Got the 12". It's big - duh, but the cabinet it's in is also bigger than I imagined. And yeah, the sound is big too. My adapters haven't arrived to multiplex it between machines, but I quickly hacked it onto my Star Trek for a trial run. Running it at max is overkill and exhausts my ears after a decent full game, but a little over half power has a very good effect. The main thing is, you don't just hear the sound now, you -feel- it. It's like adding a ColorDMD: adds new vigor to your game again. It's also tough to play as good as usual, maybe too distracted and amused by the additional effects. The "heart beat" sound on ST is one example that is way more dramatic now.

I learned a couple of things messing with it. I thought the easiest way to try it out was use a 2-pin IDC and move over the existing 4-pin connector so the backbox is on one side and free to hook the sub on the other. The only thing is when you do that, the backbox ends up on the cab connection and the sub is on the backbox connection. I wondered if it mattered: maybe there's no difference in signal on either channel. But there definitely is: so there is some difference in the on-board processing for each channel, and you don't want to do this, at least on SAM.

I also figured I would use it in place of the current cab speaker, which I actually also had previously upgraded. This upgrade seems like another similar jump up in quality and effect as that upgrade was. If you're going from stock speakers to this, the difference will be really dramatic. Either way, this upgrade is well worth $100, and especially if you're multiplexing across several machines. Anyway, with the existing cab speaker out of the loop, it seemed to leave a bit of a gap in the quality of the lower mids in the sound spectrum. Then I wondered if I want to leave both connected, how to do it: series? parallel? What effect on impedance. I'm sure this is all discussed in an audio thread, but as long as I'm here, powered subs reportedly don't effect overall impedance and it's fine to hook in parallel. That also gave the best overall results, and probably how I'll run all the pins.

I have a Polk external sub sitting on the floor under machines. I run speaker wire from the sub, up through the vent holes on the bottom of the cabinet and alligator clip it to the lugs on the speaker in the bottom of the cab. I have two connected simultaneously currently, one wired to the left input of the sub, one wired to the right input of the sub. No reason I couldn't connect two more machines by just doubling up on the wires (two sets going into the left channel, two sets going into right channel).

I'm no audio/speaker expert, but if only one or two machines are being used at a time, it won't get too muddied.

I picked up a 4-channel mixer, which has the added benefit of being able to tune machines differently. I was also wondering about just plugging into the left or right input only, but one of the very few things the manual mentions was that a mono signal should be split and input to both sides. Not sure why, or if that really matters. Left / Right split of 2 machines seems like a good trick. But if you're going to run multiple machines at once, I don't like the idea of combining signals into the same channel(s) without some kind of isolation: doesn't seem like a good idea.

Thinking about it a bit more, in fact, you definitely don't want to put multiple on the same channel if you're connecting to the cab speakers on the machines and running them simultaneously. That would actually be connecting other machines cab speaker in parallel, reducing impedance, and possibly blowing the amp(s). Might get away with it if you have 8-ohm cab speakers. But it's just not a good idea anyway.

Pinovators sub mixer is what I use and it works great. I did get another one through their black Friday deal.

For those that missed out on our BF sale... you have another opportunity for Free Shipping Day!

Pinball-Mods.com is offering 5% off with free USA shipping for 12/14 only!
More detail here:
https://pinside.com/pinball/forum/topic/1dayonly-free-shipping-w-5-pinside-match-1215

So when’s the next sale days? Just bought a Creech and neeeeeed lots of stuff