I'm working on a Black Belt that has led a very hard life.

I have a few questions:

1) Solenoid expander board is wired in an... odd way - the markings on the playfield show that there should be two diodes mounted under the lamp. The marking on the playfield is for a Zener, but I do not see the Zener in the schematic. One of the two diodes shattered into dust when I attempted to move it slightly to read the marking underneath. Should these be Zener diodes?

2) The schematic appears to show the striped ends of the two diodes mounted under the lamp pointing towards each other, but the playfield is not marked this way. How should those diodes be mounted (and where)?

None of the feature lamps are working, which kills the solenoid expander board, and I'm close to my wit's end.

I've checked the diodes and lugs for wires touching or broken wires on all lamps and switches. Found some bad diodes, replaced them. No change in operation.

I don't have any photos, unfortunately, but if anyone has some suggestions, I'd greatly appreciate them.

Should I just go in and replace every single socket in the game? I've just about reached that point...

I think the first thing to do would be pull the board and look for hacks. It might be that the operator attempted to fix something in your machine's sordid past and solder splatter may be to blame. If I am reading the schematic properly, looks like the power board has ONE zener diode loaced at D10, 1N5275A or are you talking about on the 6803 board D1, an 1N958B?
Don't replace all the sockets yet, likely won't solve your issues.
The lamps use standard diodes and are all 1N4004.
Here is orientation for playfield lamp diodes. 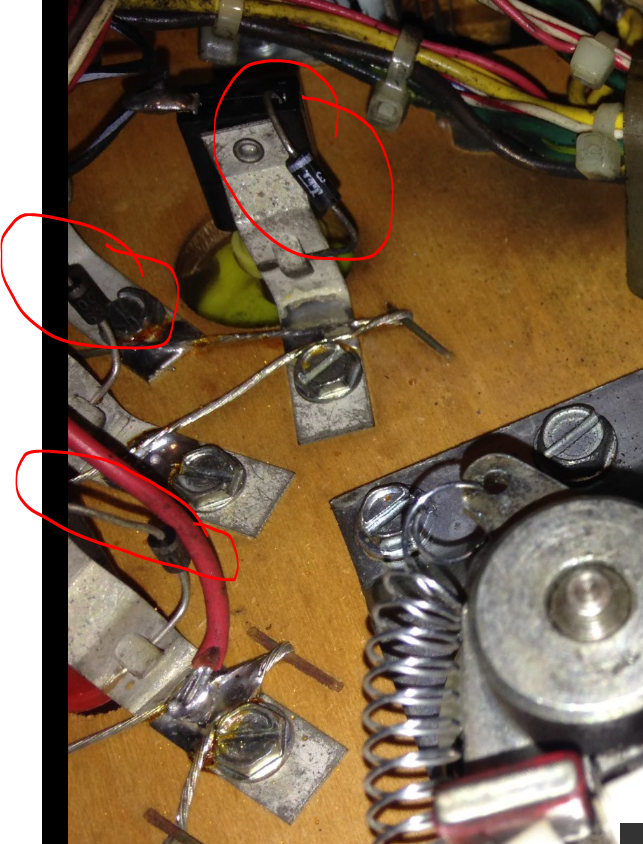 I've replaced all the lamp socket diodes that tested incorrectly, only. Those are now fine.

I did pull the board and look for hacks. I tested an aftermarket board and the same behavior happened, reinforcing my thought that the wiring is to blame, somewhere.

I'm speaking about the diode(s) across the lamp for the SEB. Someone apparently stripped all the wiring off at some point in the past and rewired the whole thing, using a magic marker to note where items should be installed, common braid run, etc.

One set of markings shows that two zeners should be installed across three total lugs on the SEB lamp. Why? I dunno.

Looking at the SEB schematic, I see two diodes, but they are not marked as Zeners. Or perhaps the person tried to make a notation of a diode and accidentally made a Zener symbol? I really have no clue.

Anyway, would you be able to show a pic of the SEB and how the lamp is diode-ed?

I'm working on a Black Belt that has led a very hard life.

Whew, bringing in the big guns. Black Belt is so fun! Get this fixed, yo!

No help to offer, but I like posting in your threads

Unfortunately can't help on that one, the pic I shared was from my Hardbody, it doesn't have an SEB!
Hopefully another Bally 6803 owner will help you on that one.
It looks to me like the SEB diagram shows standard diodes?
D10 in the second image is a Zener diode of 1N5275A is it not? 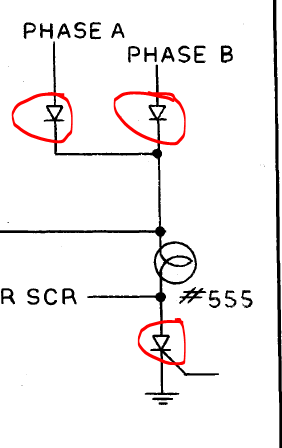 Yes, D10 in the pic is a Zener. Someone hand-drew the symbols on the underside of the playfield, and they drew little arms on the end of the banded side just like a Zener... *sigh* Oddly, the orientation of the banded side doesn't match the schematic drawing above either.

I've installed per the schematic snippet listed above for phase A and B, except that I kept the cathode orientation as used previously. No change. I used standard diodes, and if the 'originals' installed there were not Zeners, then they were the faster glass-enclosed switch diodes used on these games. I can always install some of those and see what happens.

The game did mostly work once upon a recent time, and an aftermarket MPU/PS/SEB was installed to attempt to correct some problems with feature lamps.

On the original boards, there are some pretty serious burns under one transistor that was replaced and jumpered like crazy to avoid the burns. Otherwise relatively clean. One other drive transistor had previously been replaced, but otherwise it wasn't too bad looking.

Not sure why the zener diodes would not work for you, perhaps that is all the operator had at the time, but obviously they would have to be wired correctly.

I would try the standard diodes and wire per the schematic.
Sorry I don't have a pic of an SEB to help.

First time posting here but I just acquired a Black Belt pin. Have you figured it out or do you still need some pics of the SEP?

We have not figured it out and photos would be a big help.

boo32 for the delay but here is the pic of the #Black Belt SEP. 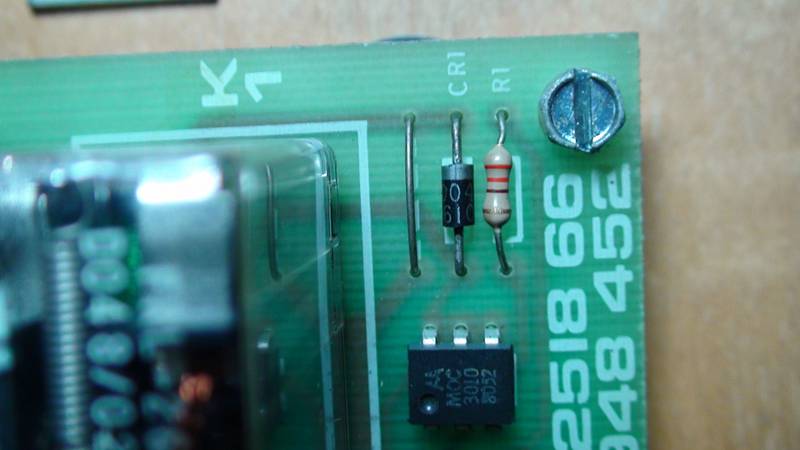 Sorry I mean the SEB

Here is a pic of the lamp diodes. 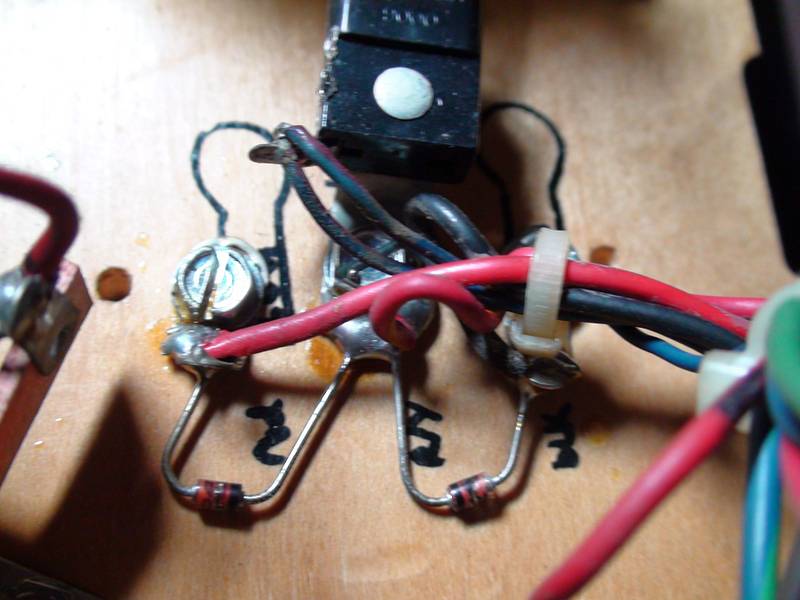 Also, I don't know what Bally was thinking but you may want to look at your bulbs. Bally used some CM 912 bulbs in Black Belt which could catch your pin (and house) on fire!! I just started pulling my BB apart and discover some shocking sights. Check out the damage the CM 912's have done. I will definitely find another bulb to use (555's or LED's) to replace them. This is some seriously dangerous shit! Check out the charred playfield and melted plastics!! 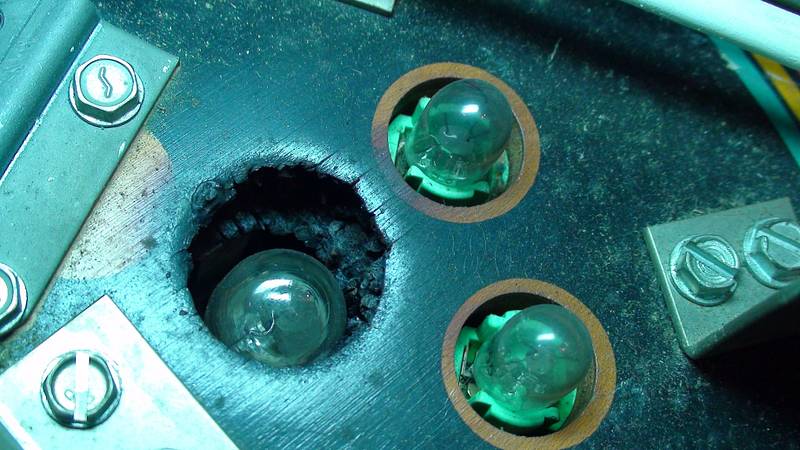 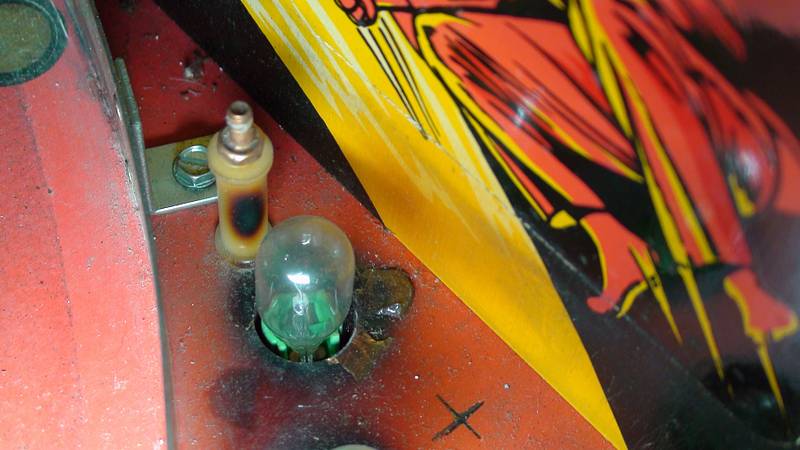 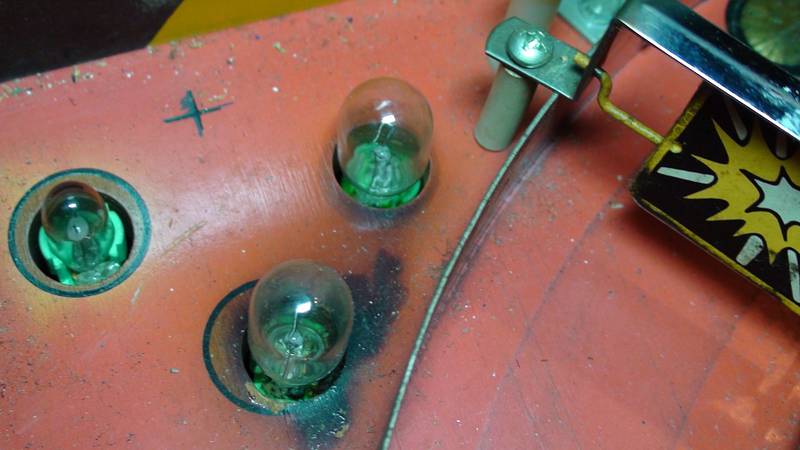 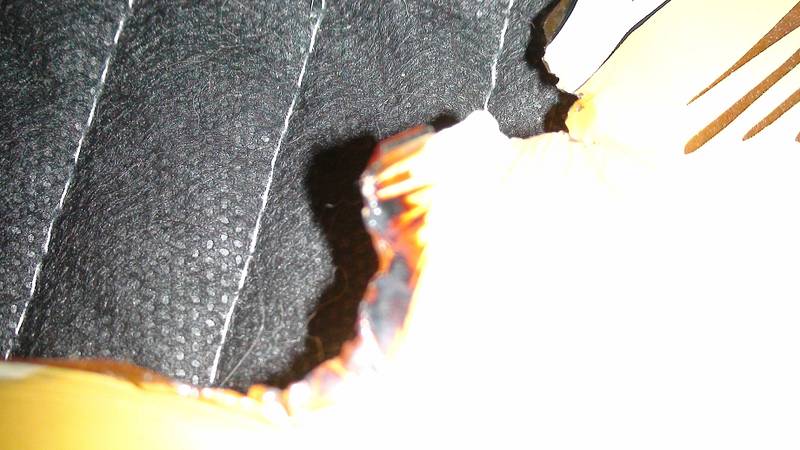 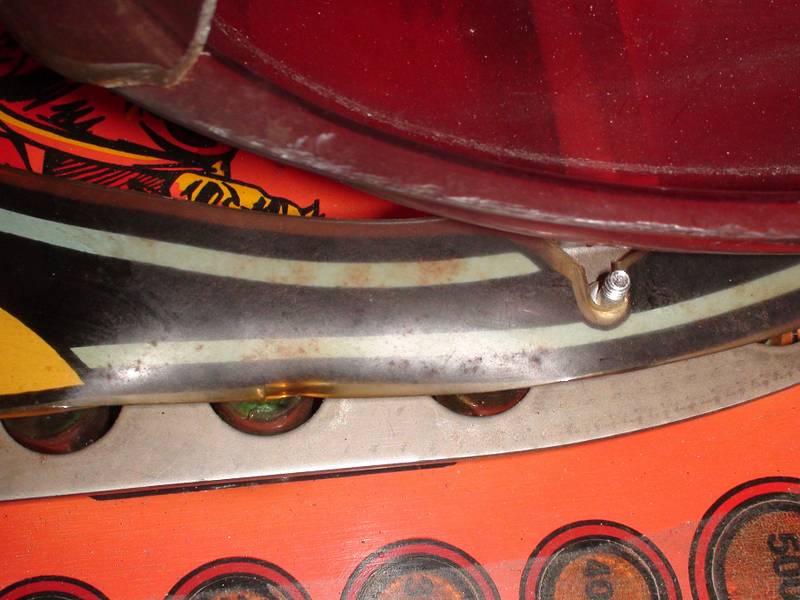 Here is what the bulb did to the ramp right above where the charred pf is. It was ready to drip plastic onto the bulb! 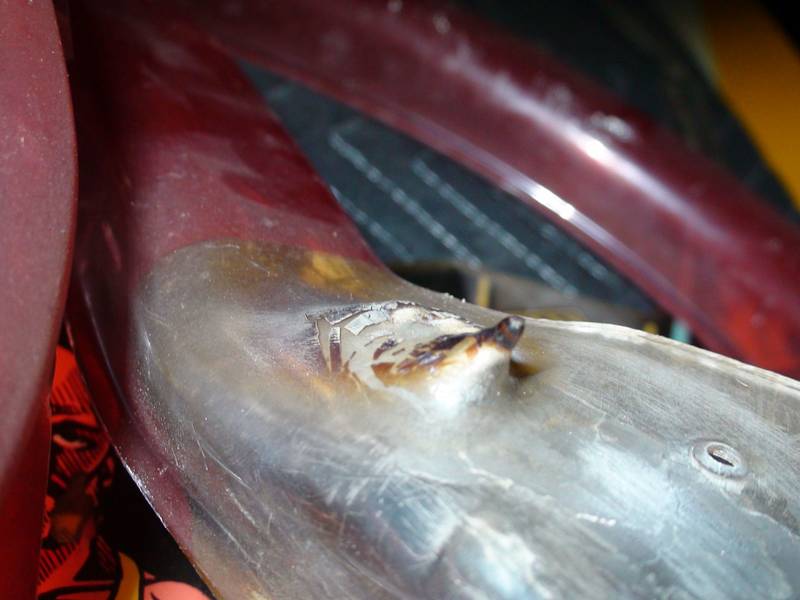 Anyone happen to have an extra BB ramp for sale.. yeah.. not happening. Grrrrrrrrr!

They do, thanks! The seb was wired correctly, but problems persist. The fuse blowing stopped after that last time I changed diodes, but now I'm getting some really funky switch behavior. Nothing I've checked has made a difference.

This is using a Swemmer mpu. Wondering if there's a problem with either that or the Roms used. Something is not right, and wiring all seems correct.