I’ve noticed rare games sell for more than others. Lots of these games are not necessarily good. I wanted to know what people think is the best rare game ever that had less than 1000 total produced. Please let’s not count LE versions of games that were mass produced.

Could be though… really depends how many survived until today.

Pirates of the Caribbean JJP is the correct answer. It rivals all time great games.

I think the 1000 production number is too high. Maybe adjust it down to 50 or 100 units to better represent"rare".

Safe Cracker at around 1100 produced

I wanted to know what people think is the best rare game ever that had less than 1000 total produced.

Krull is actually rare with less than 10 in existence, and it's pretty damn cool. Haven't played it personally, but it looks fun for an early SS.

Best as in “should have made more and circumstances forced a company to not make enough”….

Man Defender is really good to me. There are a lot of cool games made in other countries that are very rare but I don’t know if they are the best. Spooky is fantastic and it’s rare. Is it better than Defender? Maybe…. Cyclopes is really good too…. I would not trade my Defender for a Cyclopes or a Spooky. They are all a lot of fun to play. This is all subjective of course. Never played Krull or Lock Ness but they both look fantastic.
Spectrum is a bore, TNA is not that great… neither is Safecracker- too unconventional. Mystery Castle… I don’t think so.

Pirates of the Caribbean JJP is the correct answer. It rivals all time great games.

These are all opinions. I have played it and do not care for it. It’s not the worst game for sure….but not the best…..great theme, loaded like JJP games are. It’s good but not 20-30K good.

Kiss is a good game but not rare.

I really like Time Fantasy but for a "rare" game at 608 produced I sure have seen a lot of them around.

Ive yet to play it, but I have heard PUNK is a good game that's rare.

Spirit and BMX get my vote.

I had a BMX; Hardbody is the better of the two. Spirit is good.

I really like my Asteroid Annie. ...it gets a lot of my play.

How many Mustang Premium/LEs were made? I think, maybe, 700?

Where's the remake on that, I thought a company was on remanufacturing that title?

Krull is actually rare with less than 10 in existence, and it's pretty damn cool. Haven't played it personally, but it looks fun for an early SS.

It is damn cool, my friend used to have one. I'll throw in spirit as well, Gottlieb should have made more of both

Best rare game ever?! Haven’t played to many “rare” games but I just got my friends Joust (he found randomly years and years ago) fixed up and he’s letting me borrow it for a few months. 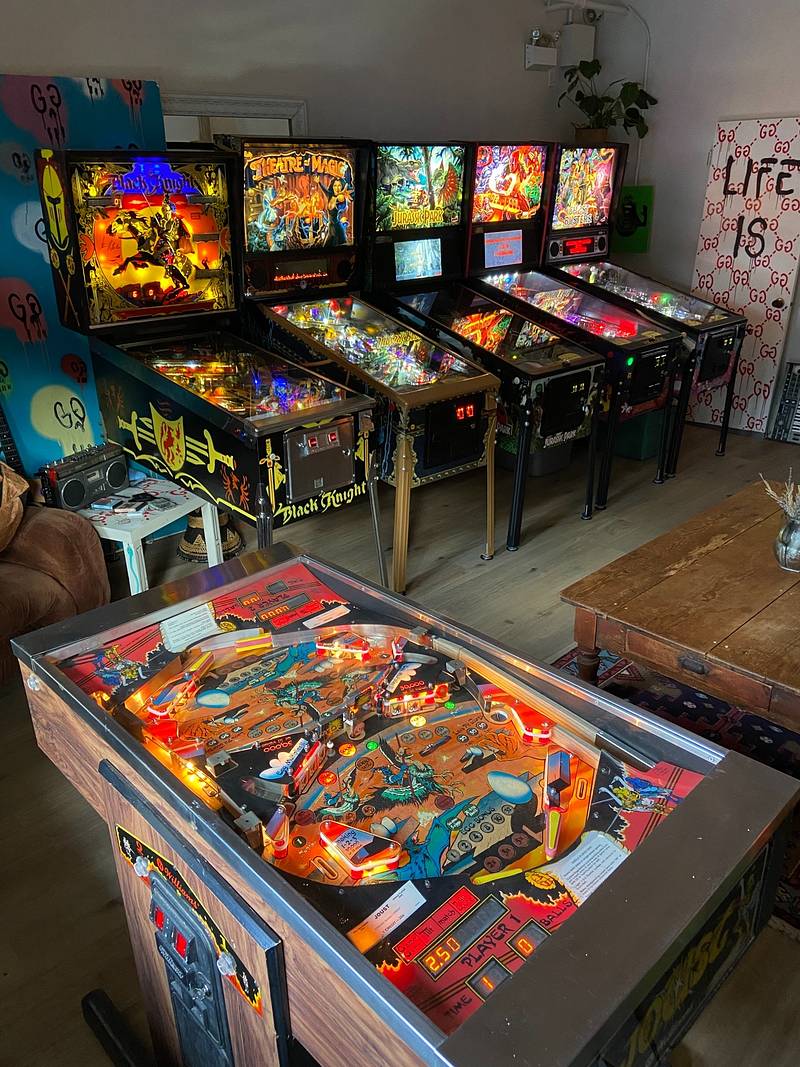 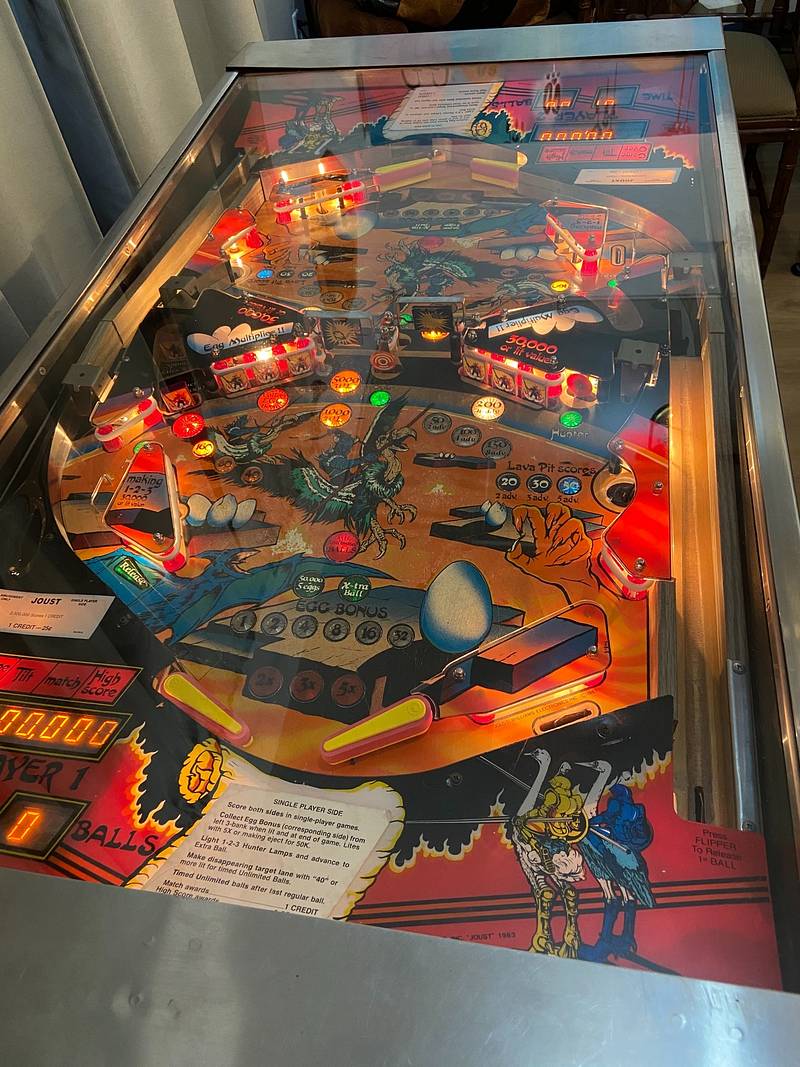 I've played Kingpin and Big Bang Bar. Not enough to really form an opinion though.
Other candidates not yet mentioned:
Dominos
Punchy the Clown (I have a soft spot for this game)
Andromeda
Night Moves
NBA Stern (I'm sure this game has its fans)
Full Throttle (probably less than 1000)
Lost in Space 600 units
Super Mario Bros Mushroom World

Punchy the Clown (I have a soft spot for this game)

You sir are a man of good taste.

How many games are there where the playfield is mostly one giant face? It's awesome!

Pink Panther, I love the cartoon and never played or seen the pin

Pink Panther, I love the cartoon and never played or seen the pin

How many games are there where the playfield is mostly one giant face? It's awesome!

True, but Bally's Black Pyramid beats Punchy for having a booger dangling out of the nose. Not rare, but awesome in the playfield = face department.

Now on topic: I have high hopes my Gottlieb Striker will be an awesome rare game. Under 1000 built, almost never seen nowadays. Mine doesn't work yet, but the playfield layout and what I hear about ruleset and gameplay are quite promising.

A friend of mine just had a virtual pinball made with all the bells and whistles. Have been enjoying playing King Kong and Kingpin-fun games.

Took me years to find an HUO NBA. Really fun rare game-glad I picked it up and did not give up the hunt