Whatever anyone wants to add to their pin and they thinks looks good...what does anyone else care?

because there are people on the internet that are always right, and anyone who's opinion differs from theirs is horribly wrong and should be publicly shamed...

at least that's what I have gathered from this thread... I mod my machines, and I don't really care what anyone else thinks about my machines, because I have them for (derp duh) my enjoyment, not to appease some bah humbug jerks on an internet message board

are some mods just terrible? sure, does that mean you should post OTHER peoples machines and $%*t on their work? no that's just mean, and kind of cruel... there is enough meanness on this message board already

also I don't understand why there are so many people that hate mods commenting in a thread under the "All Mods" sub forum, if you hate mods so much why are you here?

I should start making these and start the auction at one penny with no reserve, and free shipping, just to screw with this seller.

I should start making these and start the auction at one penny with no reserve, and free shipping, just to screw with this seller.

I'm not a fan of the Nazi stuff, but whatever...pretend you take take the symbol off. What are you left with? A plastic blimp for $165 that doesn't do anything. It isn't even wired in with LEDs or any type of lights. There are some mods, that whether they are your taste or not, you can at least appreciate that the BoM or the time/effort/expertise to create the interactive elements *somewhat* justify the price, even if expensive. This is straight out of the $5 package and served to you for the low, low mark-up of $160.

I've never seen a permanent mod that looked at all good. I usually cringe when I see pins that have effectively been hacked up.

what an interesting and useful contribution to pinside, please, tell me more

to me, "any" mod should be completely reversible back to the machine's original factory state without any evidence that the machine was ever changed in the first place.

additionally, it should provide some aesthetic or added/enhanced functionality that the original components did not.

to me, "any" mod should be completely reversible back to the machine's original factory state without any evidence that the machine was ever changed in the first place.

I like quite a few mods, but I completely agree with this statement. I will surely not be the last owner of these machines, and tastes will always vary.

The spinning tiger saw mod on ToM is awesome. It's the way they intended it to be originally, but had to change it to plastic for safety reasons.

After reading all the above comments the only thing that becomes clear is that we all like different things (thankfully, otherwise it would become boring real quick), there is no right nor wrong when it comes to mods or for that matter which machine we like or dislike. I have machines with mods and some without, but what some like others despise. Tomato's Tomatoes that's what it's all about. FINAL WORDS. Just Enjoy your machines whilst you have them

Just Enjoy your machines whilst you have them

but someone on pinside might disapprove! how will you sleep at night?!

Gerry is the worst mod. ever. by far.

Sometimes I wish I hadn't added the Flying Saucers mod to my TSPP---but can't bring myself to disconnect them.
All of my other Simpsons mods I'm very happy with. 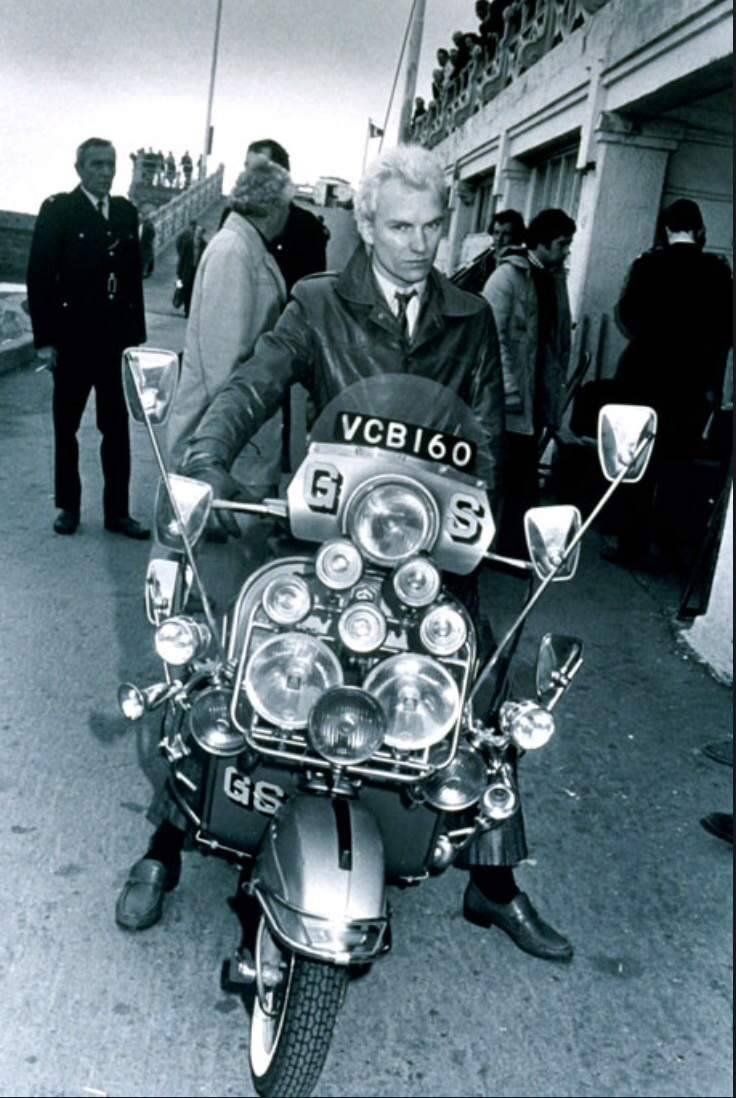 I've never seen a permanent mod that looked at all good. I usually cringe when I see pins that have effectively been hacked up.

I take it you haven't played a Tron Pro with Eli's ramp kit.

Mods are great within reason . Some really enhance the way a game looks .

At first I almost wondered if this thread was meant to bash the moderators. This is generally not a good idea.

but someone on pinside might disapprove! how will you sleep at night?!

Or as my wife would say - nazdarovia! she is from Russia...

This cousin itt mod. Kinda looks like a... Never mind. 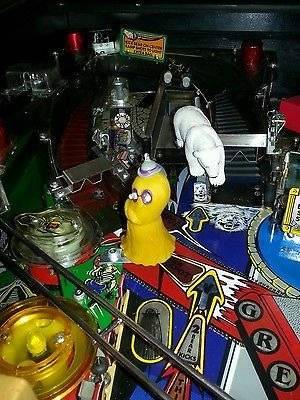 Is that eaven a cousin it? Kinda looks more like a yellow casper the friendly ghost figurine..
I also don't like that "walking" polarbear.

Still makes me laugh because another pinsider said it looked like batman was about to take a leak on you. 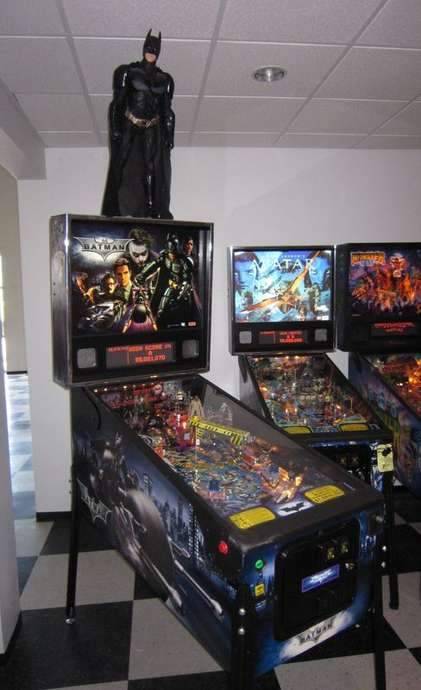 Is that eaven a cousin it? Kinda looks more like a yellow casper the friendly ghost figurine..
I also don't like that "walking" polarbear.

Found it here. No offense if a pinsider made these. I just don't like it. 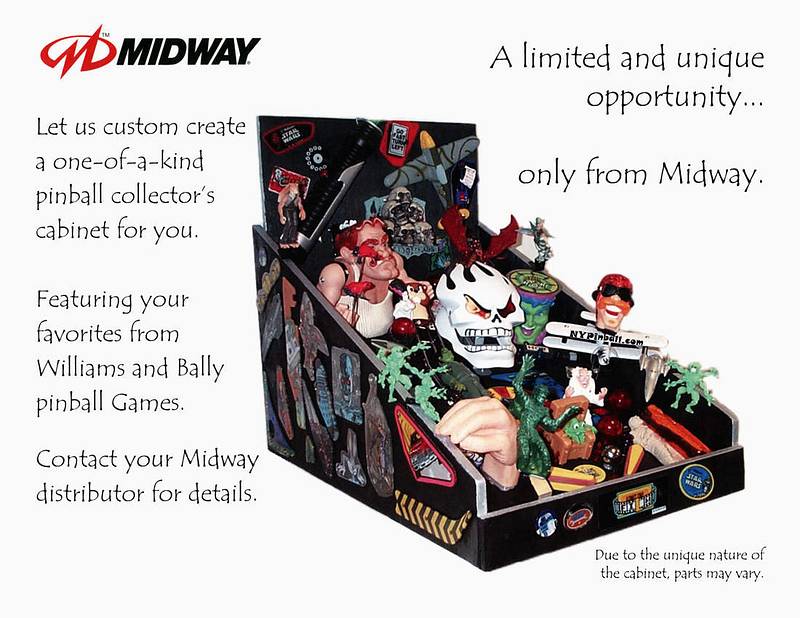 Do you prefer a chopped/scooped/etc hot-rodded 32 Ford, or a survivor 32 Ford? If you prefer survivors, we're now friends whether you want to be or not.

p.s. can you buy me lunch now that we're buddies?

What the hell is that?? Is that something you made from all the restores you have done??

There are so many. So many more bad than decent and even fewer that are actually good. TZ probably has a dozen alone. Awful toppers, toys, alternate translites, repetitive target decals, LEDs so bright you can't even play the game, powder coated color coin doors and/or powder coating crazy color combos...the list goes on and on. Usually the tackiness of the mod is only trumped by the ridiculous price.
For a visual reference, pretty much everything in this pic...
[quoted image]

I made one that's a little more discreet. 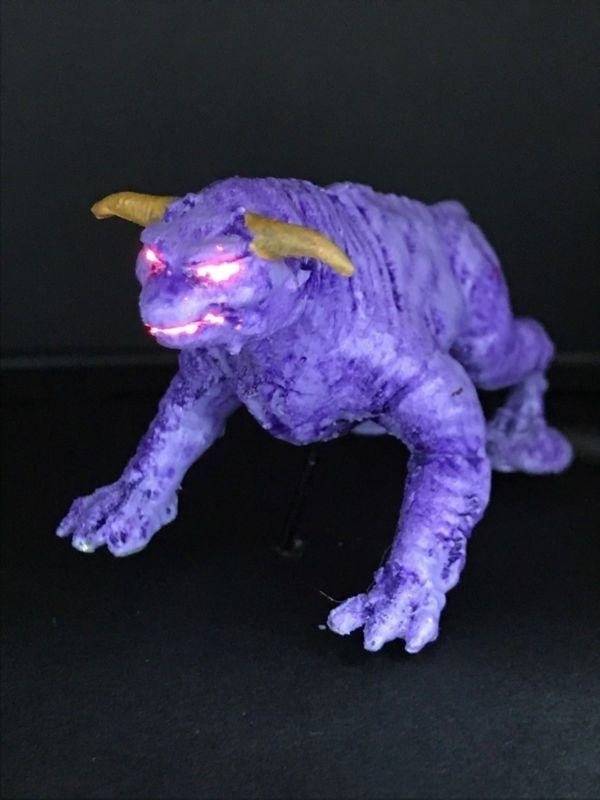 I made one that's a little more discreet.
[quoted image]

This is a thread for the worst, not the best!

How about cutting a hole underneath the cabinet. To add a speaker to stereo sound from MoNo? Firepower 2. 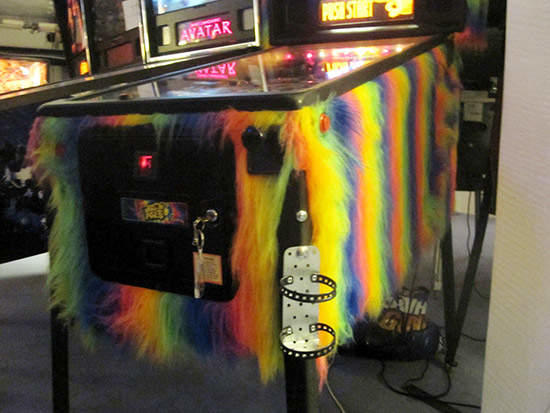 That was my reaction as well. It's awful.

Agreed. That cup holder is terrible.

Agreed. That cup holder is terrible.

This falls in the “so bad, it’s good” territory. 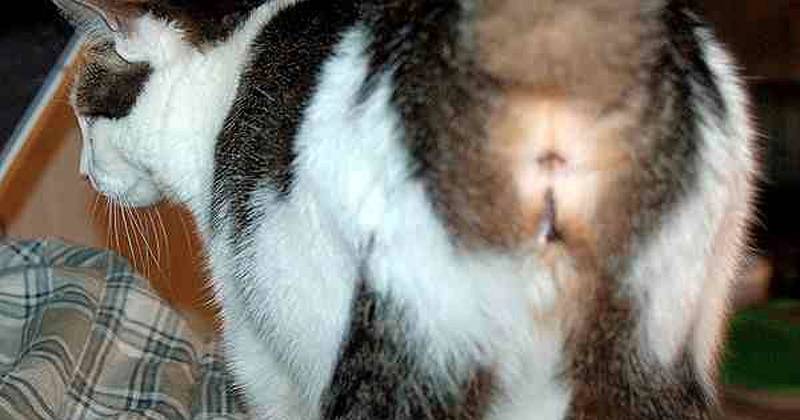 Now That is fricken Funny!!!! lol