Back after a major outage

What a crazy week it has been for Pinside (and a stressful week for me, I might add) with our first major outage in the 20 years or so that Pinside exists. Sure, we've had hiccups but nothing like this. The cause: a power surge, followed by a fire in a generator, followed by sprinklers and our server going down. I wasn't there to see it, but I don't think it was pretty.

Anyways, we're running on a temporary server now, hosted all the way over in Germany (well, that's close for me). Please be nice to it, it's not as powerful as our previous one and there may be problems. Also, not everything functions yet: We have no e-mail notifications yet. And no maps. And probably a bunch of other stuff that doesn't work right now. But at least we're back. I'll be moving to a brand new server (and a different hosting company) later on but I don't want to rush that choice.

As for our data recovery procedure. Well there really wasn't one in place as you may have noticed. Sure I had dual power supplies, dual network uplinks, dual (raid) drives. But I would not have expected a datacenter fire. I should have. I should have had a backup server somewhere, ready to spin up and continue service after a few hours. Truth is, I never got around to setting this up. But I will obviously be working on this, so a downtime like this cannot happen again in the future.

My last database backup was dated 10:02pm, while the server went down 11:39pm. So we lost 1h37m of data. That means any posts, PMs or Marketplace ads placed during that time are gone. And even if they restore our server (they're still working on it but are now giving me an ETA of "weeks") I will not be bringing that data back as that would be a technical nightmare.

If you made a donation or marketplace payment, please contact me. I will also be proactively look into any payments made during that 1h37m and take action or contact you.

Speaking of donations. Feel free to make a donation, if you're happy that we're back!

Let's get the pinball talk going again and please bear with me while I try to keep this temporary server running nicely.

Thanks for all the hard work getting Pinside back up. I wasn't sure what to do with my free time the last few days. I tried moderating my wife, but we all know how that went.

Thanks Robin!
I was starting to suffer from withdrawal syndrome... Good to be back!

God bless. I was having massive withdrawals. My almost 4 year streak (1318 days) on this website, crushed!!

Well, you all didn't take long to crash our temporary server. After 30-40 minutes it went down smoking. So I went back to the drawing board and ordered a brand new server. This should work, but please bear with me as I will be tweaking and tuning some more over the next week(s). The upside is that the new server is twice as powerful as the previous one, so with the right approach this could all end better than it started.

Anyways, if you're able to read this: welcome back! 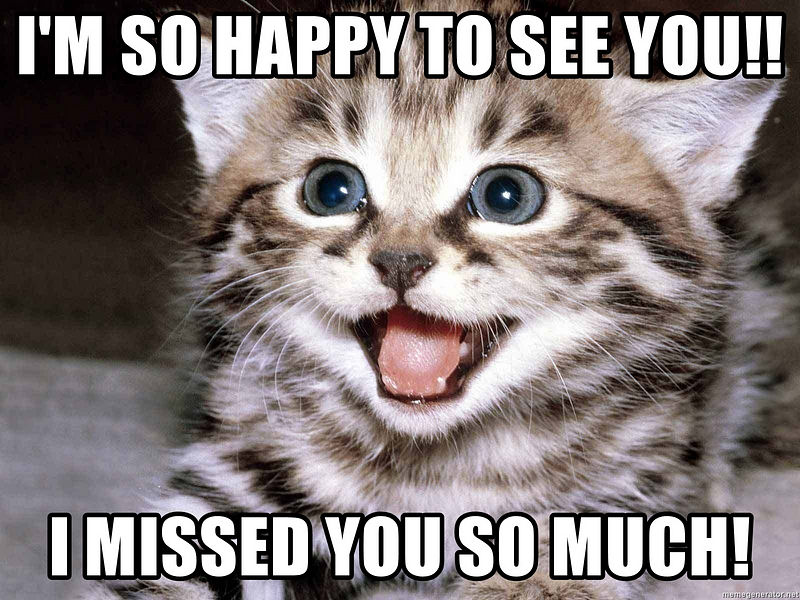 I didnt realize how much I need this site. Scary 4 days.

time for containers, paas, and scaling

Glad to see you back.

Glad to be back. Thanks!

Thank God pinside is back , I had to speak to my wife

I just donated a dollar for every time I hit the refresh button this week.

Thank you as well!

I am sure this last week was a tonne of work.

I visit Pinside multiple times a day, so it was a very tough and lonely time.

Hope this donation helps bring you back to 100%.

I saw a comment elsewhere on line being very critical of Robin for running Pinside from a personal server at home, instead of from a professional hosting service that could never possibly crash.

Glad you had backup, since it looks like lots of folks on webnx are screwed!

All is right in the world again.

My first question on learning what happened was "What kind of datacenter uses WATER as a fire suppression choice instead nitrogen or another non-damaging non-electrically conducting gas?"

Crazy. We all learned something here.

So glad Pinside is back. Pinball just wasn’t the same without it.

Here's a link to a board where people with a clue are discussing the server outage.
Still sound BAD.
https://www.webhostingtalk.com/showthread.php?t=1842301

Thanks Robin for keeping us updated on social media and working I’m sure countless hours to get this back up and functioning. Hope things continue to go in the right direction with this while you decide on a hosting service. This community has been fantastic for so many of us. Looking forward to many more years of Pinside as we continue to grow and develop along with it.

You've done well to lose less than 2hrs worth of data even if the downtime was more than you'd wanted in a perfect world. Glad the site is back. 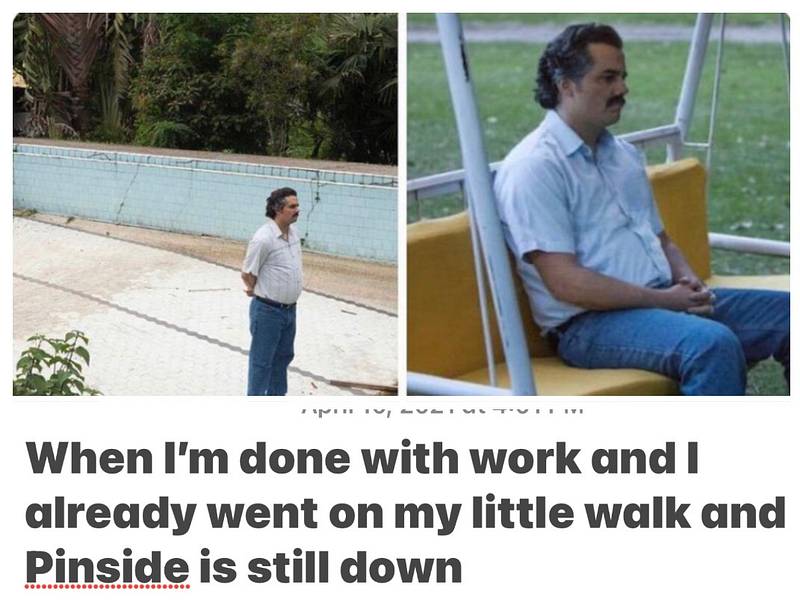 Wow, this was a major outage. Congrats on getting it back.

Good job and thanks

I can sleep easy. My streak lives! 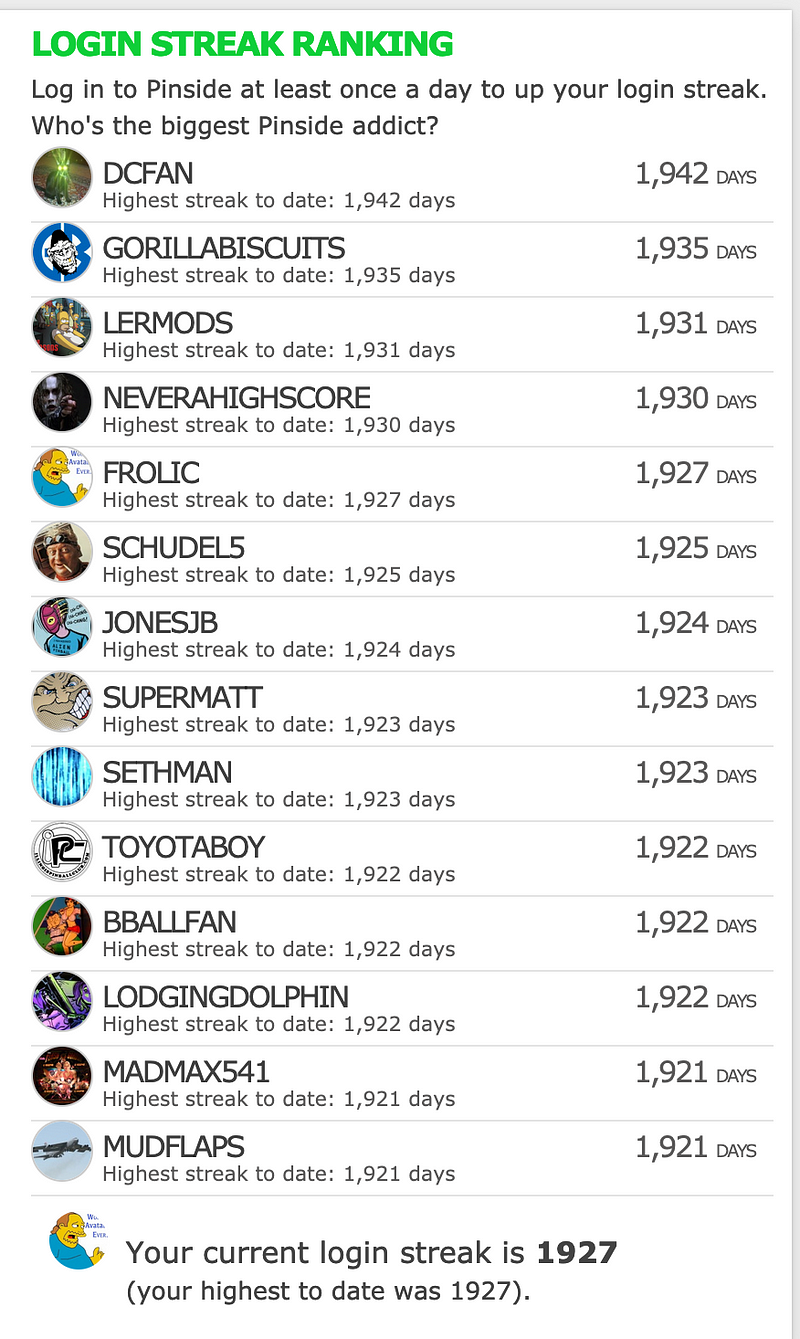 Next time when I'm @ Pinside HQ, you get a big hug and will bring you cold beers.

Now get some rest

Congrats on the recovery! I'm responsible for a few critical datacenters and this scenario is my nightmare... and simply put, no matter how well prepared you think you are, when it hits there are ALWAYS things that slip and don't work as expected (or tested). So you'll get no gripes from me! And now that people are back to usual, you should take a well-earned break for a bit!

Ahhhhhh i missed you pinside!!!
Thanks for all your hard work Robin.

We need some kind of TShirts!
Fuck Corona......, i was survived the great pinside blackout 2021!

Crazy stuff, glad Pinside is back.

Glad it's back. Hanging out on Facebook for any kind of talk was awful.

I can sleep easy. My streak lives!
[quoted image]

sheesh, I need to logout once in a while

I seriously got so much done in my life.

Great to be back! Didnt realize how often I was on the site till it was gone ...

May want to consider hosting on AWS in the future....

Happy to see it back online!

It was worse than a pandemic

Even with limited capability, I am happy Pinside is back!!

Glad to see ya back!

Nice to have Pinside back! Four code updates since it’s been down (aiq, LZ and 2 for GnR). Was kind of an eery silence in the pinball world for 6 days. Makes you realize what a valuable resource it is and how we all should contribute to it.

sheesh, I need to logout once in a while