Hi-Hand . Got them from PBR.

Most of them rub up against the lamps. Nothing seems to be out of place. Should I have specified Bingo rubbers? Did the original rubbers used to be thinner? 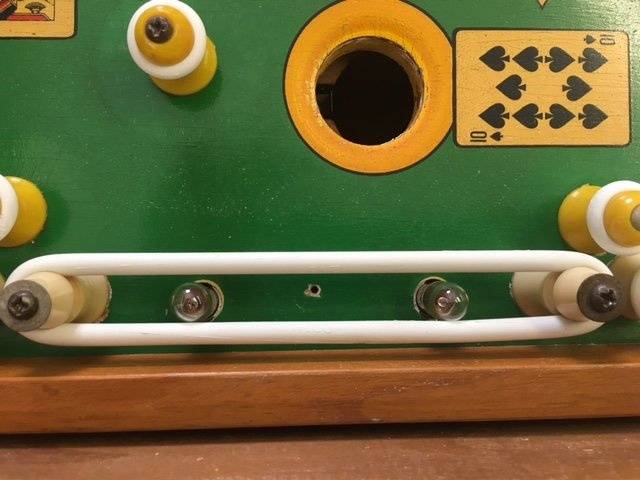 I wouldn't worry about the beefier rubbers. Bingos do use bigger balls though. 1 1/8" diameter versus 1 1/16" for modern pinballs.
Aside from the donut rubbers for the posts, most bingos don't have any other rubber rings or plastics for that matter.

This one has plastics. Or, will, once I’ve recreated them. These crumble to pieces at the slightest touch. Got the balls.

Worried about the rubbers getting burnt on the lamps. Using 47s. 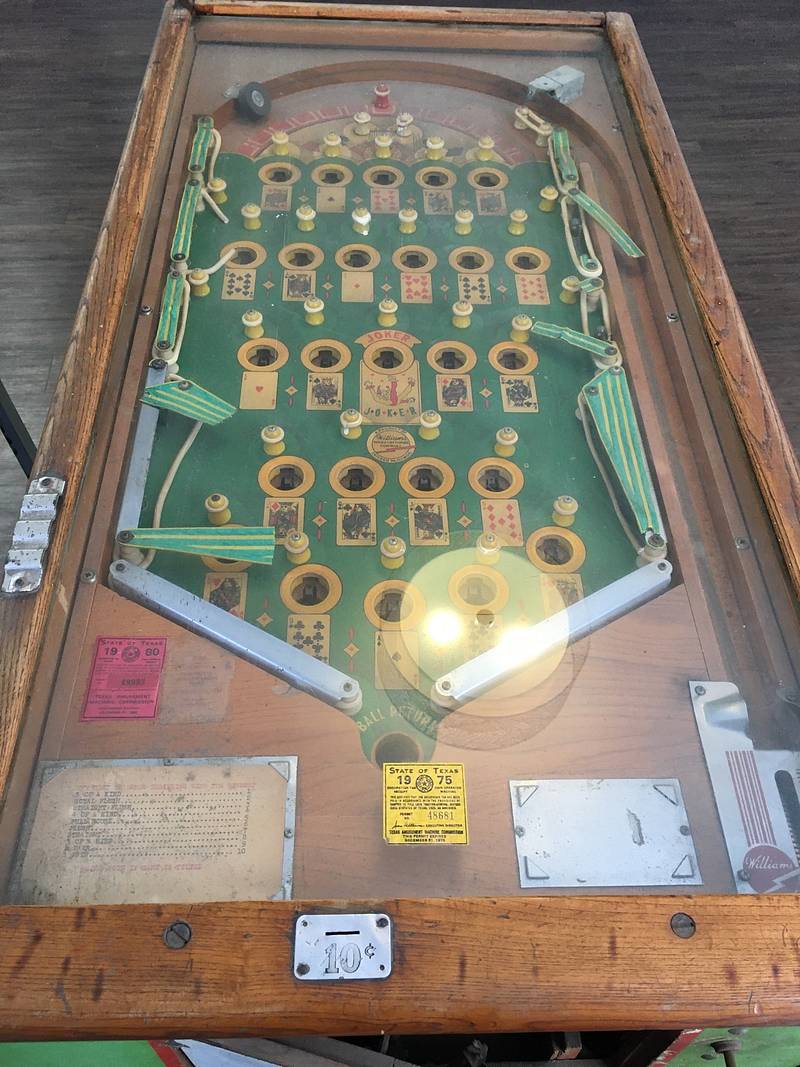 Worried about the rubbers getting burnt on the lamps.

Cut clear vinyl tubing and slide over the bulb and part of the socket.

Cut clear vinyl tubing and slide over the bulb and part of the socket.
LTG : )

Or, get those sleeves that are used in pinball applications such as the coin entry lamps. They may have been used on this game originally, and may have gotten lost.

or try and tweak the sockets so the lamps are more centered between the rubber.

the only oddball rubber on bingos was "dead rubber" that was used on the red posts on bally and united games. It was less bouncy so hitting some holes like #16 was harder. Dunno if your red post used it.

dead rubber is hard to find. It ws greyish rather than white. If you want the effect, just use old rings on the red posts and new ones everywhere else.

wrt is current production rubber thicker than the old stuff (probably made by ABC) ... seems to be. Then there is/was extra fat rubber some supplier used to make. Silicone rings may be thinner.