Are all super rare pins accounted for?

You're currently viewing posts by Pinsider mattelder.
Click here to go back to viewing the entire thread.

Wonder where all 9 of the Brooks and Dunn's ended up. ? 1 played with Proto ROMS. I had a few at 1 point.

There were only 2 or 3 proto Brooks ‘N Dunn’s made, but there were enough parts made to assemble roughly 7 or 8 more games. I own one of the playfields, pictured below.

Mike Pacak bought the one whitewood prototype whose whereabouts were known (former Gottlieb President Gil Pollock supposedly owns the other 1 or 2). I saw it a Mike’s house several years ago, along with some of the extra parts. Mike did manage to get another game built and running with FAST Pinball hardware, and it has been at Expo a couple times. 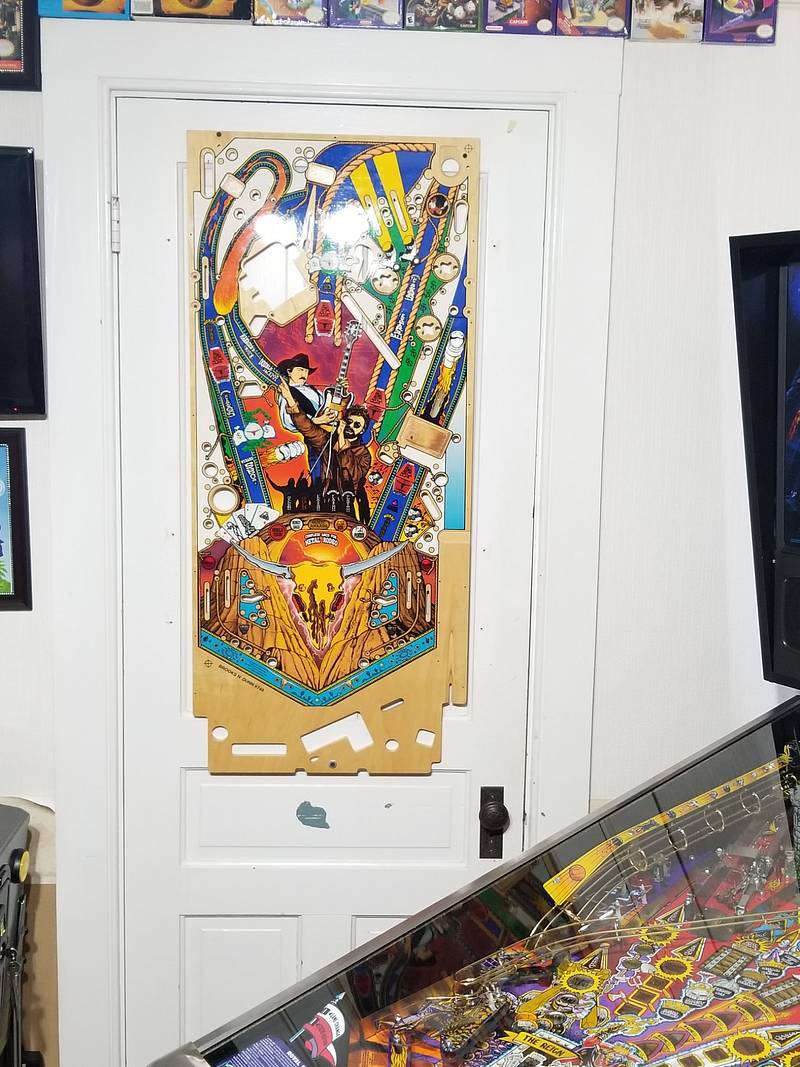 These actually came from Greg R. here in Dallas. He had all of them and then sold them to the McGilvery Brother's and we ended up with that at the old Gameroom Solutions. Then Mike P. bought the lot I am assuming. There were whitewoods and we had a partial working game. There was enough for 9 of them.

Yep. I thought they came from him. I haven't talked to him in several years. He also used to own the 2 Alvin G Slam-N-Jam prototypes, one of which I ended up buying after they changed hands 2 more times. He has had tons of cool stuff.

You're currently viewing posts by Pinsider mattelder.
Click here to go back to viewing the entire thread.