Started a blog for our Archer pinball project (code-name Die no Sores vs Monster trucks) here. Check back for news and updated videos soon!

I love the left ramp entrance through the pops. Very cool!

Are we excited about this, ecurtz? Yes we are, other ecurtz, yes we are.

Very interesting, really like the ramp through the pops shot

Will love to see where this goes

Called it. Looking forward to more.

Very cool! Can you share the details on what you are doing for software and related hardware? E.g., framework, PROC/Fast, etc.?

Is there a distribution plan for this? Or will this be a one-off game? 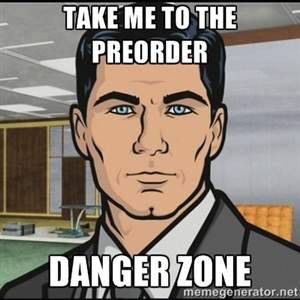 I just started to get into Archer. This is great! I love the top let flipper and the captive ball mechanism. This is a very well thought-out layout. Adding this to favorites, cant wait to see it finished!

great work so far. About time someone gave Archer some lovin'

Is there going to be a fast money round? Paddy?

Love the Ocelot spinner! does it make a spray sound when spinning?

I never thought this would happen.... I am not sure what to do with myself. Can't wait to see more!

Very cool looks like a layout john t wld do with a mix of congo and jd .

The looping shots up top look great, and I agree, left ramp through the pops is neato.

Archer is the best!

Why are all the best looking new machines coming from weekend warriors doing them in their basements...?

I love the ocelot spinner!

Wow! This is great, love it when people come up with innovative yet simple ideas.

One suggestion, when the rocket launcher is down, a shot to the captive ball sends the trapped ball into a post. This post could be swapped for a standup target to add another scoring feature.

Read the rule sheet...are we seriously not doing phrasing? Haha looks great and we'll thought out. Maybe a Brent bunson "god damn it archer" for a left or right drain and if ball save is lit archer saying "shut up brent" a well placed noop too. Such a great show you'll need to make multiple machines for all the great callouts.

I dunno squat about Archer, but that ball lock/add-a-ball seriously needs to be licenced to Stern so that I can have that on a game.

If there's not a ping pong paddle hidden on the playfield your missing a great chance.

So much great material.

Got to have 'Phrasing' mode.

Please tell me the spinner says 'you fox eared asshole!!!' after a number of spins

Awesome - a tactical turtle neck would be essential gear. I hope I get to play this someday.

(Gotta have a rampage mode.)

If this ever got mass produced, I am pretty sure it is the ONLY pinball my GF would buy. Holy crap this looks awesome.

Wow! This is great, love it when people come up with innovative yet simple ideas.
One suggestion, when the rocket launcher is down, a shot to the captive ball sends the trapped ball into a post. This post could be swapped for a standup target to add another scoring feature.

Thank you. Keep in mind though that video is old. The RL is equipped with optos to keep track of how many balls and whether or not it's been hit.

Very cool looks like a layout john t wld do with a mix of congo and jd .

The left up/down ramp through the jets was definitely inspired by Congo (Not Roadshow lol) And the up the middle (Shooting range target which is still being made) to feed the upper left and right flippers is a take on DM's ACMAG shot. The right ramp has been redesigned to be faster since that old whitewood video was made .

If you can get permission to use Rush songs this is a slam dunk buy!

I'd rather see Die no sores vs Monster trucks myself

How about a Lacrosse kickback? Either way, Barry likes it as does other Barry.

Do you want ants? 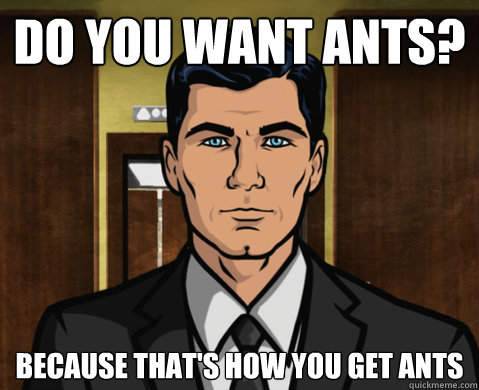 The layout and mechanics on this table are awesome!!! Love it 100%

Wow, so many cool things on the machine. I'm not an Archer fan, but the layout is solid. The small flipper placement will obviously draw comparison to Twilight Zone. I'm talking specifically about the "camera" and "piano" shots. If that was indeed the inspiration it would be fun to play homage to that. Maybe a similar sound effect interrupted by a snide comment from Archer. Nothing too overused, maybe only in a certain mode.

I had to keep watching the add-a-ball video to figure out what was happening. There's a lot going on to setup that shot. I understand the "manual" feature, but what about returning balls at the end of the game. There must me some type of automatic ejection feature that's not shown in the video.

damn this layout is legit. this video sold it for me

shows all the major shots a nice quick video. hope i can get a chance to play this one day.

sell this design to JJP ;p

My business partner, coworker and myself, love archer... unfortunately, I get called Cyril at work......

I really like the captive ball/hold area with the diverter. That's very clever, and it opens up a lot of interesting shots.

I just keep thinking of all the possible call outs. You could play an hour long game without hearing the sameone twice. LANA!