Anybody seeing Roger Waters in concert?

I like it. To my ears it's a nice mix of Animals and The Wall.

Jesus dude. Those albums are awful, save for a moment or two. And Glimour (you really don't know how to spell his name?!) also played about 6 songs from his equally atrocious new album. But hey we all wanted to hear 10 kickass Floyd songs so we'd put up with it, and he knew that! It was a great show for the most part.
Neo has been trolling me for 15 years!
I love the Barrett Floyd stuff, only a few snippets here and there of the late 60s stuff, and of course worship and adore almost everything from Meddle through the Wall. That's more than enough to cement their legacy as one of the best 3 or 4 groups of all time as far as I'm concerned and the fact that Final Cut and the Glimour Floyd albums pretty much suck doesn't really matter.

LOL, we have been on opposite sides of the spectrum the entire time we have known each other. It's no surprise that even when we are on the same page of the same band, we still manage to be opposites.

I guess since we are so opposite we are actually balanced?

I saw him for pro and cons and radio chaos.

Didn't know he was touring again.

Here is Roger Waters recorded live the other night, so you know what you are in store for:

I've seen Roger Waters Dark Side of the Moon and the Wall concerts. If he lip sinks, it sure sounds good. The fidelity (4D) of the Dark Side was the best I've heard in the Pepsi Center (Denver); extreamly crisp and well done. Both concerts were great and the music was fantastic. I've never had the chance to see Gilmore, but would jump at the chance.

In the argument of Gilmore vs. Waters, neither is as good alone as they were in Floyd. I am a huge fan of the Wall and the Final Cut but appreciate all the Floyd albums. About Face was better than Radio Waves, but Pro's and Cons was better than most post Waters Floyd albums.

Regarding the political aspect, every concert I have been to in the last five years has had at least one comment on politics. Roger Waters was heavily political, and even lamb-basted my industry (oil & gas), but they are solely a performer of the music and who cares about there opinions. Just an interesting note, the worst political dialogue I've seen was Mike Ness with Social Distortion. It was a good concert, but he just went on and on pretty much between every song. That gets old.

I like Roger Waters new song, but why can't he and David just resolve their differences and start recording good albums and sign off on a Pink Floyd pinball machine! I'm in for a Wall LE!

First set was amazing. One of the new songs was vintage Floyd good and the standards have been great. Pretty faithful renditions of DSOM but Another Brick in the Wall is definitely contemporary.

They were great together Gilmour a great guitarist and vocalist.....his 1978 solo album I thought was his best solo work and sounded most like Floyd. Waters was great as well but his greatest strength was his lyrics. After dark side which was a cohesive effort Waters started taking over lyrically and with that he claims he would have welcomed some song writing help, the rest of the band said he became a dictator. Wish you were here (my all time favorite album) animals, the wall, and final cut Were pretty much all Waters lyrics. It's to bad it fell apart but they left a legacy of the some of the best music ever made.

Be hard since the "whole band" is not alive!

He has always done this even back to the early Floyd stuff. The problem is now he's just more arrogant about it!
I have seen him since the Radio Waves concert and he always puts on a goo show! The Wall Tour was an excellent production! With that all said, the bad is that it appears he's using voice tracks throughout the concert! In short he appeaars to be lip syncing some of the songs! This has been speculated and reported in some media reports but I have yet to see that it has been confirmed!

Waters using tapes goes back to the Floyd days too. Yes indeed he uses tapes. I've heard enough bootlegs to confirm this. Some songs he couldn't sing if he tried.

I was excited to see the show...I saw the wall tour show 2 times. After seeing the price of a decent ticket, hearing some of his new tracks & the show being in the middle of the week(no time off), sadly I decided not to.

Just saw him in concert a few weekends ago. It ranks top 3 concerts I've ever been to. I had a blast - and without the acid!

Here is a pic from my nosebleed seats. 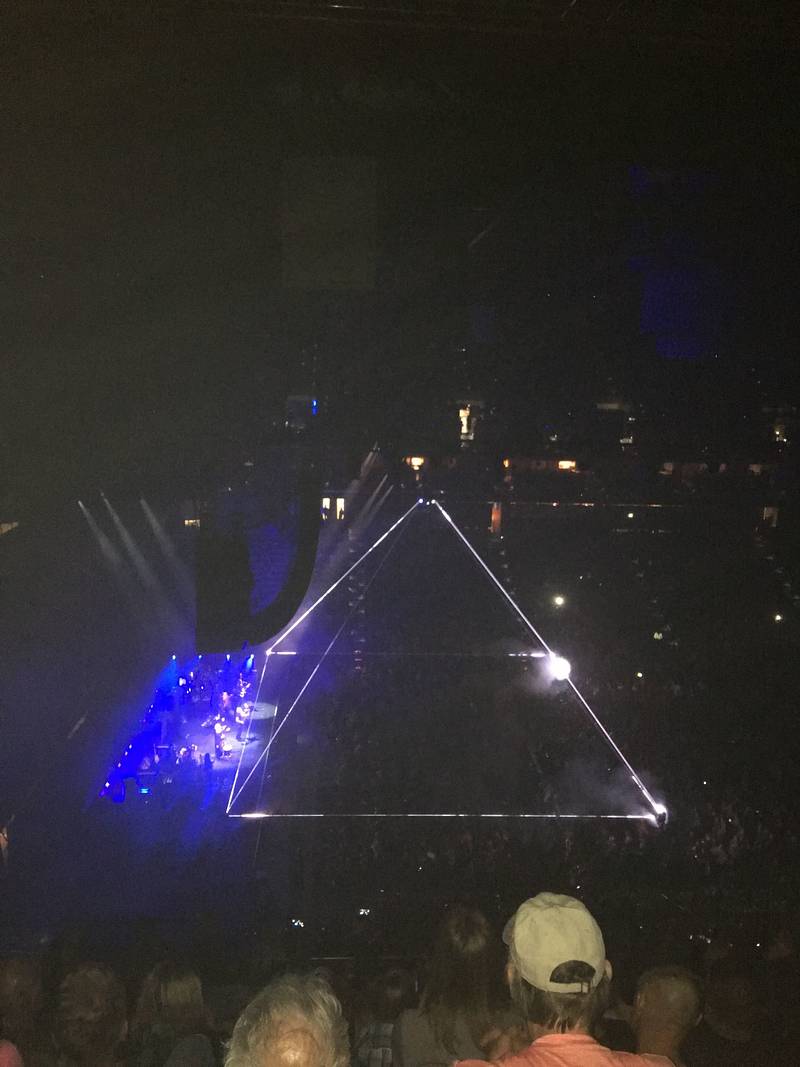 I saw roger for the 10th time at the St. Louis show a few weeks back. Spectacular show as always with him and the new music is really good although he only plays four tracks from that so plenty of Pink Floyd stuff. He said it was his last tour during an interview a week or so ago so anyone on the fence about going should definately try to make it. It was awesome!

Saw him last night.Best concert I've ever been to.Loved it.

Went to the tour rehearsal with 1500 people. I would not give him a dollar of my money anymore. He is anti-Semitic douche bag. 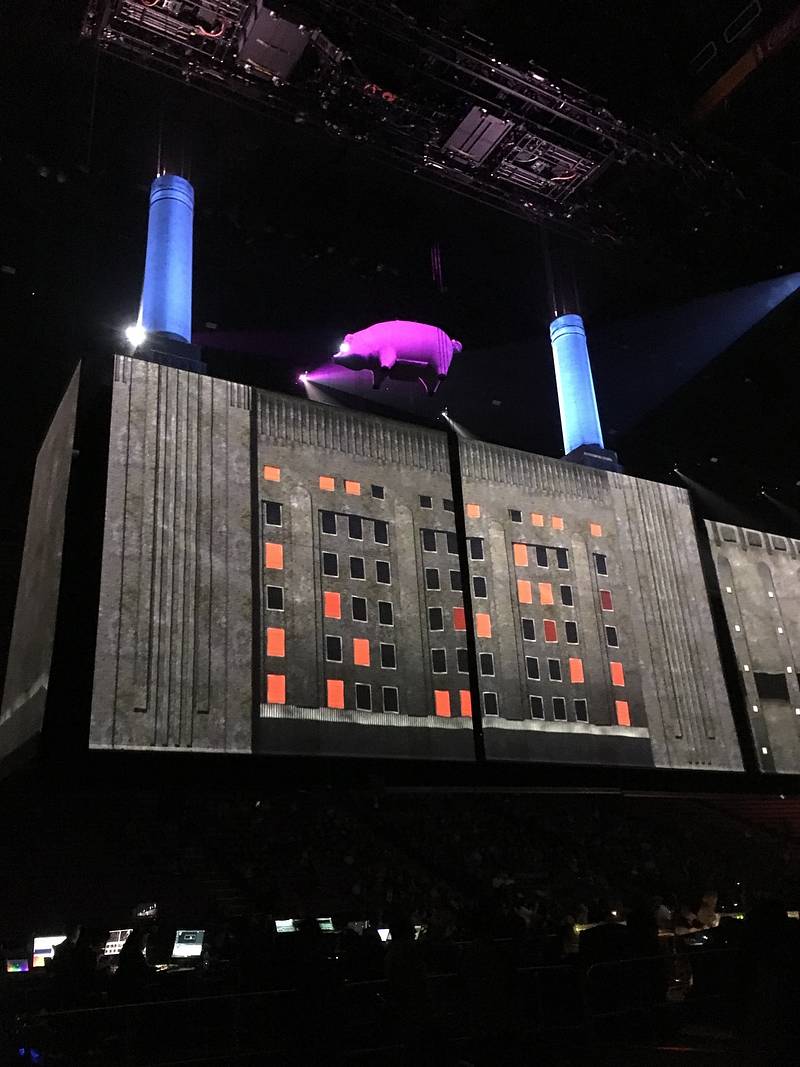 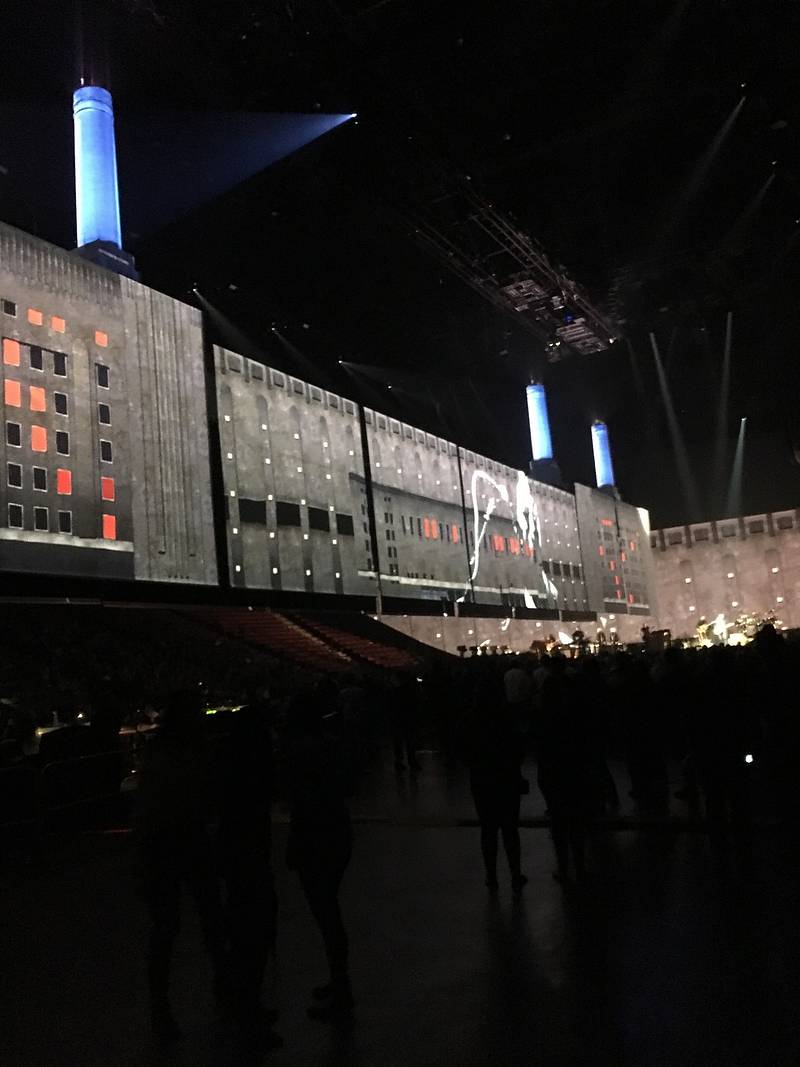 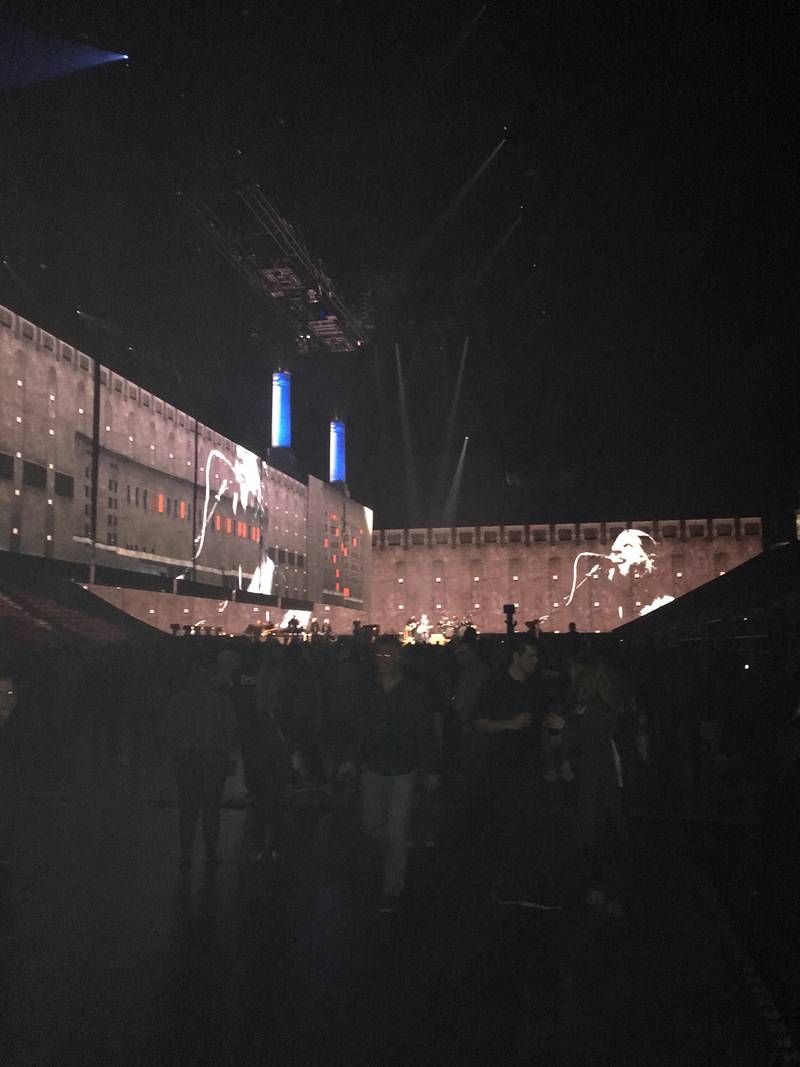 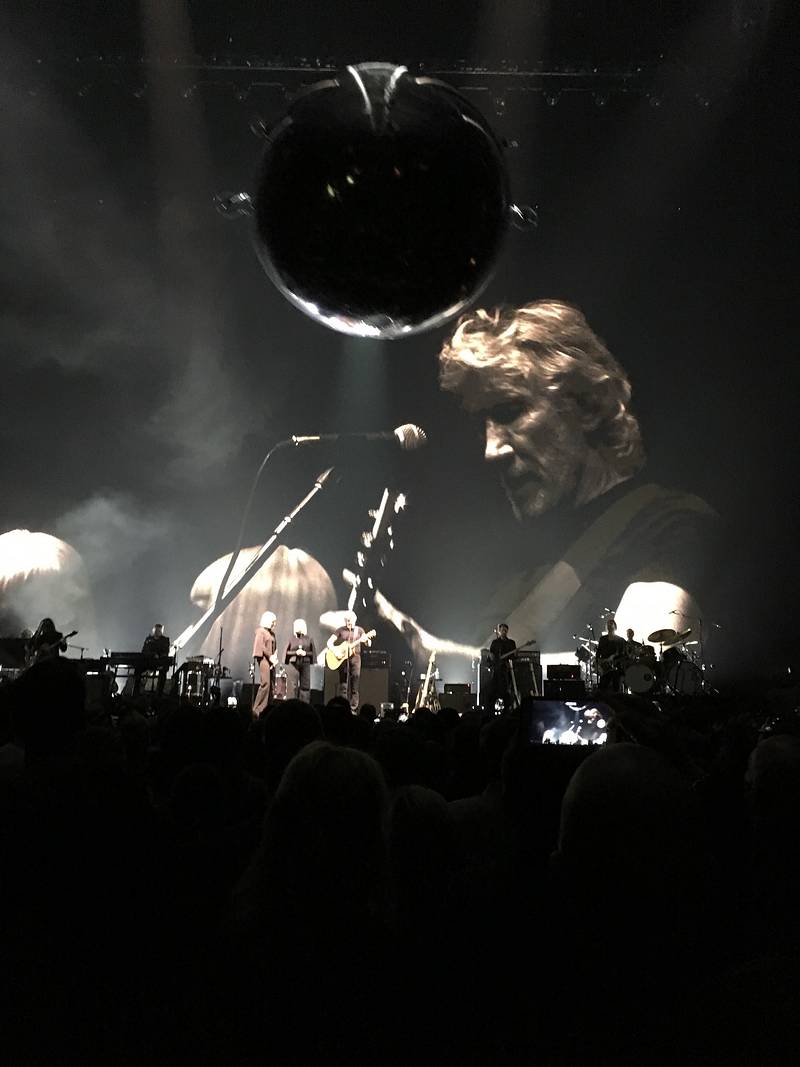 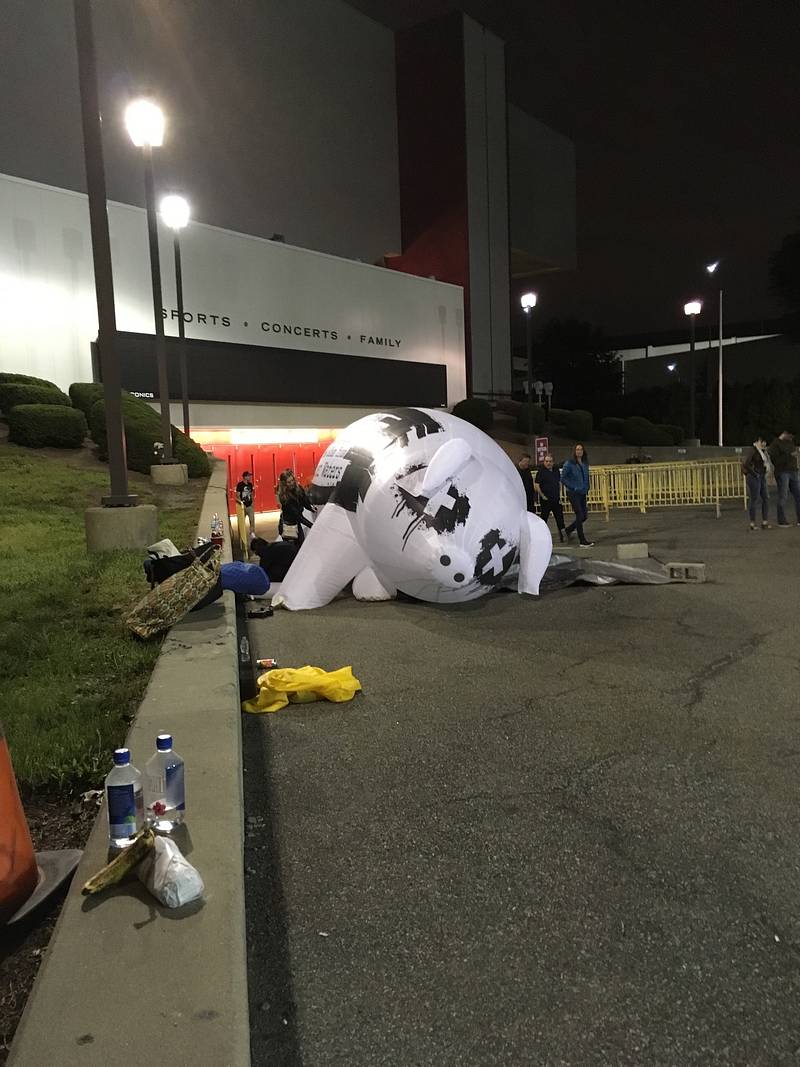 I just saw him in Vegas recently. Great concert but I would have preferred less political imagery. Seemed like a cheap way to get a rise out of the crowd vs. letting the music/performance stand on its own (which it easily could have).

Went to the tour rehearsal with 1500 people. I would not give him a dollar of my money anymore. He is anti-Semitic douche bag.

I just saw him in Vegas recently. Great concert but I would have preferred less political imagery. Seemed like a cheap way to get a rise out of the crowd vs. letting the music/performance stand on its own (which it easily could have).

Waters used to be somewhat subtle about his politics. Now he rams it down your throat. Hey...I'm not paying hundreds of dollars to hear your political beliefs - shut up and sing the damn song.

Last saw him a couple of years ago at the Newport Folk Festival. Small venue and mellow af. No overwrought stage show. Could walk right up to the stage. GE Smith and My Morning Jacket backed him up.
My favorite tour was the In the Flesh around 1999? Perfect blend of deep cuts and hits. KAOS was awesome too.