53 key posts have been marked in this topic, showing the first 10 items. (Show topic index)

Post #9234 Update on distribution Posted by HeighwayPinball (4 years ago)

Post #9285 Update on Progress of Production Games; Changes to the Games and a Teaser video for the mode: "Bug Hunt" Posted by HeighwayPinball (4 years ago)

Post #11230 Key posted, but no summary given Posted by ezeltmann (4 years ago)

Post #15638 Cointaker gets a delivery of alien games! Posted by CoinTaker (4 years ago)

Post #15734 Key posted, but no summary given Posted by brian-allen (4 years ago)

Post #18706 Key posted, but no summary given Posted by Jarbyjibbo (3 years ago)

Post #20790 Key posted, but no summary given Posted by Join_The_Cirqus (3 years ago)

Post #21553 Key posted, but no summary given Posted by EalaDubhSidhe (3 years ago)

Post #21856 Key posted, but no summary given Posted by EalaDubhSidhe (3 years ago)

Post #24488 How to fix the game after reset, BIOS settings Posted by Join_The_Cirqus (2 years ago)

Show all 53 key posts in the index

Any prices announced yet on shaker and optic ramps?

From what I've heard they are working on price breakdown of factory installed and after shipment items like this. Perhaps within the next month or two hopefully.

Any prices announced yet on shaker and optic ramps?

Don't think so. I'll be arranging my FT delivery soon and was going to check on the Fiber Optic ramps/shaker as well. Will report back if I get a price.

Thank you so much for everyone's response. Iam 90% sure that I'm going to put a deposit on a standard with those upgrades. Unless the price just makes more sense to do the LE. I'm very excited about this title aswell. Hope they can ship this year.

I'm excited about this title! I'll definitely get some FT time in at TPF. If there is no Alien, maybe they will bring some pics etc.

A video is coming at a minimum. Aurich says it's awesome on his Facebook

I just swapped to an LE figured the shaker, green trim and mainly if you watch aliens there are beacons everywhere so I want em lol!

I emailed Andrew last week on Fiber ramp, shaker, Lcd prices etc. He got back to me and said they were working on pricing. Said they should get it nailed down in the next month or so. Seems a given that prices will be a bit lower installed at the time of the order as opposed to a retro fit order. Plus, if possible, at time of order will save on shipping. But perhaps shipping concerns (for U.S customers) will be minimized if cointaker carries these items.
The next month or so is shaping up to be pretty exciting around here.

I'm thinking might as well pre-order the LE. If you don't think they differentiate it enough to make it worthwhile, you can always downgrade to whatever model looks to be the better value and pocket the difference.

At the end of the day, $1,500 is a small amount to put down/invest in Alien & Heighway Pinball, & it's fun to feel like your vested in the project.

on top of that they are already proving they can do the most difficult part of making a game, the actual production and delivery!

we want aurich back

we want aurich back 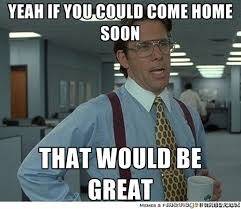 I kept up for the first 75 or so pages. Is this for sure going to be at TPF?

I kept up for the first 75 or so pages. Is this for sure going to be at TPF?

Squee! I got my tickets.

Aurich, come back we miss you...

http://www.chron.com/entertainment/celebrities/article/Aliens-cast-reunion-will-be-featured-of-6893244.php
Squee! I got my tickets.
-Jeff

That's kinda awesome! Too bad you cant get your backglass early to get it signed.

That's kinda awesome! Too bad you cant get your backglass early to get it signed

We will see about that

Looks like it is the same weekend as Denver comic con so no chance of seeing them up here (sigh).

The absence of any TPF-Information tells me for sure that there will be (physically) no Alien machine.

Nice to see Heighway at Vegas! JJP wasn't even there last year. Aurich, come back we miss you...

I'm not dead or anything, but I am enjoying a break from the drama.

There will be no physical Alien machine at TPF, not quite ready for the public to bang on it yet. But in our weekly call today we discussed building prototype 2, which will have all the improvements we're learning from prototype 1. That one may end up good enough for people to play. Right now prototype 1 is getting the lab treatments, lots of play testing, lots of notes. Dave has geometry tweaks he wants to make (small stuff, little angle adjustments etc).

Prototype 1 has ramps for instance, you can shoot it, but things that will be metal habitrails in the final game are mocked up in plastic right now, stuff like that. When the geometry is locked in we'll move to more final ramps.

The good news is if you show up to the Heighway talk at TPF tonight you're going to get to see the first peek at the prototype 1. We've put together a video with a lot of stuff you haven't seen yet. Animations, sound (and you'll get some great news in that department), some toys you haven't seen yet, good stuff. Remember it's all pre-production parts, so don't take any of it as final, but you should also know that it's further along than it looks. Lots of modes are programmed for instance that aren't show in the video, it's a teaser.

Unfortunately Fox hasn't approved the video for public consumption yet. This is the first time I've wished we had a private owners forum. Definitely make it to the show if you can and report back. I'm not sure what I'm really allowed to talk about, so I'm gonna go back to my break, but if you're at TPF you should dig what's revealed tonight.

That is great news, I will keep checking back here tonight.

We need to get one of the twitch guys to sneak in there for all of us who can't make it!

no physical Alien machine at TPF, not quite ready for the public to bang on it yet.

We need to get one of the twitch guys to sneak in there for all of us who can't make it!

I got an itch that can only be satisfied with a twitch.

Thanks for the update Aurich! I know it must be tough to navigate how much you can actually talk about in regards to a game that needs approval from the studio. We totally appreciate all the tidbits you have shared! I'm sure the game will be absolutely amazing

I'm going back in my cave, already sorry I came out of it. Hope people enjoy the presentation tonight!

Not sure going to the US when they're supposed to be starting production then (according to hoped for schedule) is a very good idea ... remember they are not local.

@Aurich ... shame the juicy stuff can't be made public yet.

when they're supposed to be starting production

they can walk and chew gum at same time I bet...got to market these things if you want to sell them. That model is very close to the size based on what Andrew said. He just had this model arrive at the hotel. It looked incredibly detailed along with the slime/acid drool on the teeth. I saw the video Aurich mentioned and it ROCKED!!! This game looks sooooo moody. There were some very clear movie clips playing as well ... Paxton. All I can say is Facehuggers on the slings like Elvira

There were also pictures of Queen that was more fleshed out with her mini arms. She looked fantastic. The eggs were lighting up in the video and just rocked.

I just want to say job well done to Andrew and his team, including Aurich. You guys are doing an amazing job bringing this classic movie(s) to life . That video sold me on getting the big LCD!!!

From some of the clips I saw some time back, the big screen is an absolute no brainier ...this game is going to have serious creep factor going on......hooray...

Room for two in the cave ?

Room for two in the cave ?

Different caves...mine has the room, but generally habitated by just me...Wifey doesn't like pinball.....

Thanks for the info guys.
Wish we could see what you did. Looking forward to hearing more.

Wow, that looks rad! I agree that it looks large, so hopefully it fits in scale wise

Anything else? Play field look?

This is the first time I've wished we had a private owners forum.

Awesome. A giant toothy penis taking up 1/3 of the upper Playfield.

Wow that toy reveal is very NICE! My jaw just hit the floor. It looks like it could be a numbered piece from Sideshow Collectibles. I remember way back when Andrew said:

• Playfield Toys – a lot of work has been spent on this over the last few months. We felt that the current toys did not do enough justice to the license and so we have reviewed this. New toys are being worked on now. In particular, we have a very exciting xenomorph toy that is intended to become the main toy for this game

If this is the detailed quality direction Heighway's toy sculptures are taking, the Alien pin is going to be something truly special for fans of the Alien franchise - we already know how Andrew feels. It's very telling. I'm looking forward to how the Chest Burster, Face Hugger, and Space Jockey toys will look ...not to mention the QUEEN! Suddenly, keeping the playfield art dark and simple makes a ton of sense with toys that look like collectibles all over the playfield - it's going to have some great atmosphere and mood. Egads...And to have that kind of quality in a Pinball machine?! Kudos

I hope the Nostromo, Sulaco, Drop Ship (Bug Stomper), and the M577 Armored Personnel Carrier get some of this kind of attention and make an appearance too. I've read several times Heighway is considering there might be a few playfield extra's for LE models - bring it on! 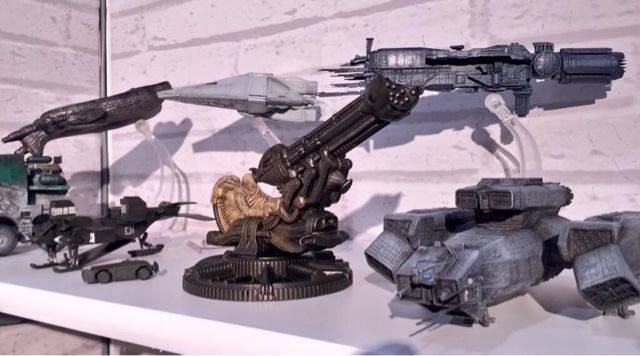 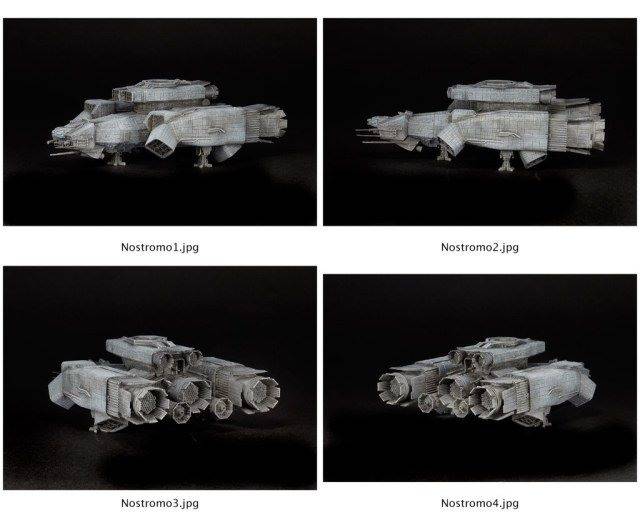 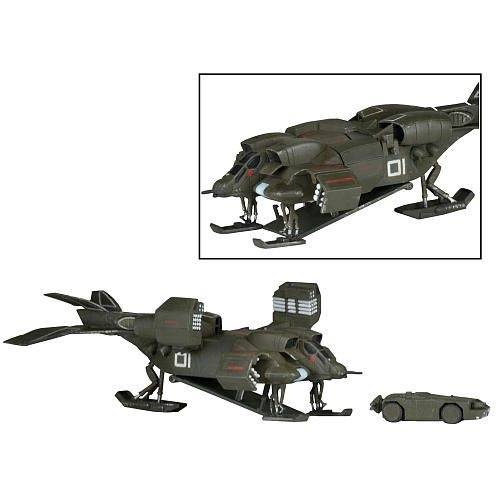 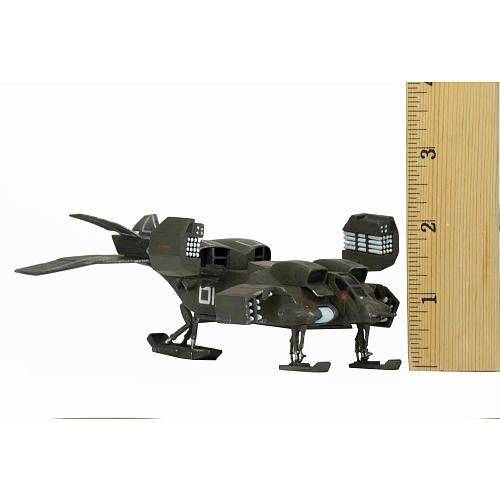