Obviously not gameplay to early for that .. 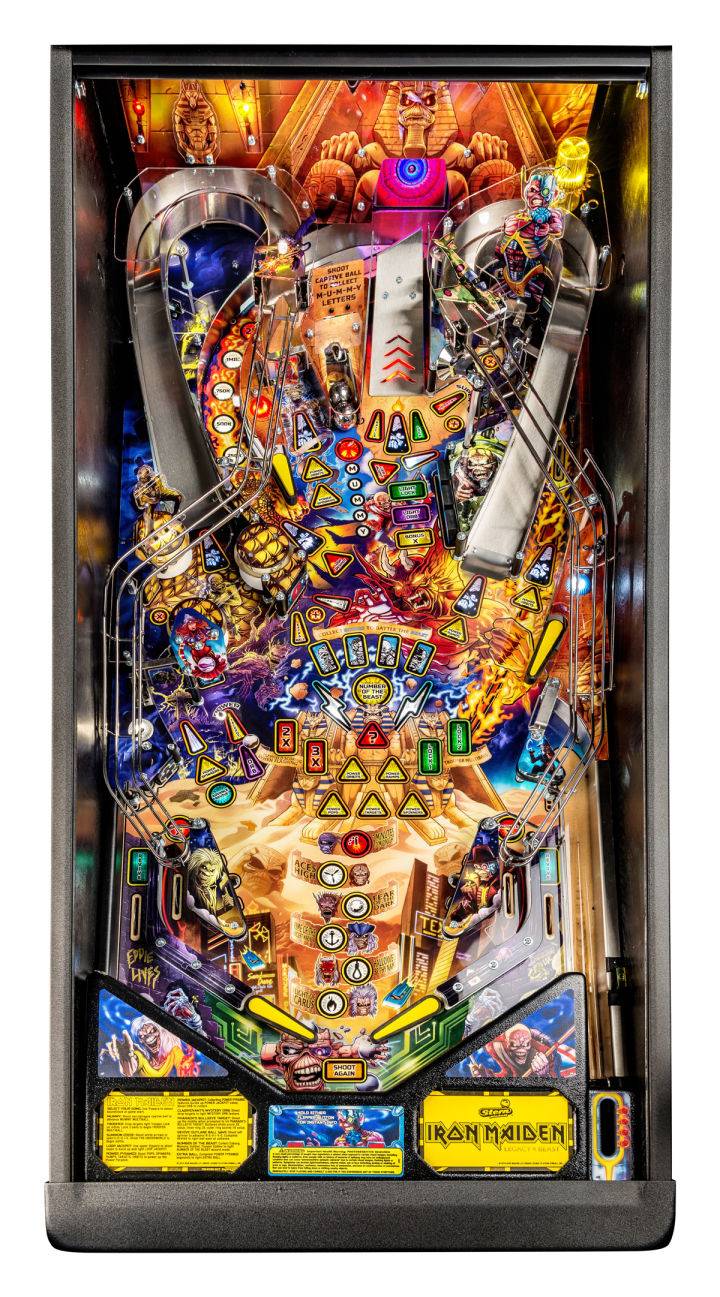 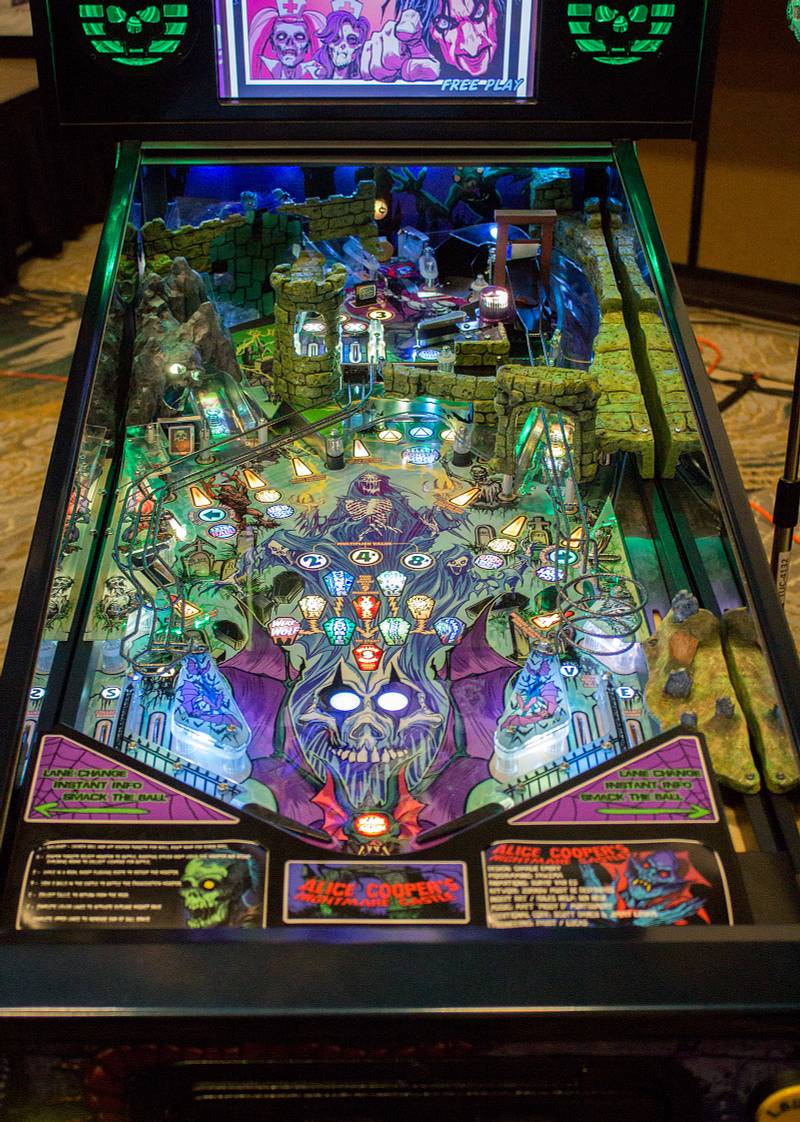 I prefer the look of Alice, remind me a 2.0 version of BSD.

They both look great, but I prefer the look of ACNC.

Both look fantastic, especially compared to what we have seen on some other modern games. It's obvious everyone is paying a lot closer attention to art when the license will allow it. I probably slightly prefer the look of AC but both are extremely well done.

I am in on both pins . So far from what I see Alice Cooper is better looking in all areas.

Lots of Eddie on the IM pin.

Hadn't really seen AC till now...a bit too much teal but man that looks pretty sweet.
I'll go with Maiden by a c-hair. The art is a little more "serious" if that makes any sense.

Both look very cool but it is too early to judge. But right now from what I seen I vote iron maiden.

They both look good - to my taste I would give a slight edge to ACNC. I dig the generic horror vibe and the castle molds. Almost like a MB 2.0 twist on collecting monsters. Though I think I prefer the MB 1.0 if I were to pick.

If you are an IM fan it is clearly not even close. But, both look cool to me.

Cooper is easier to look at. Maiden looks too busy.

I can only find one pic of IM from the side.. 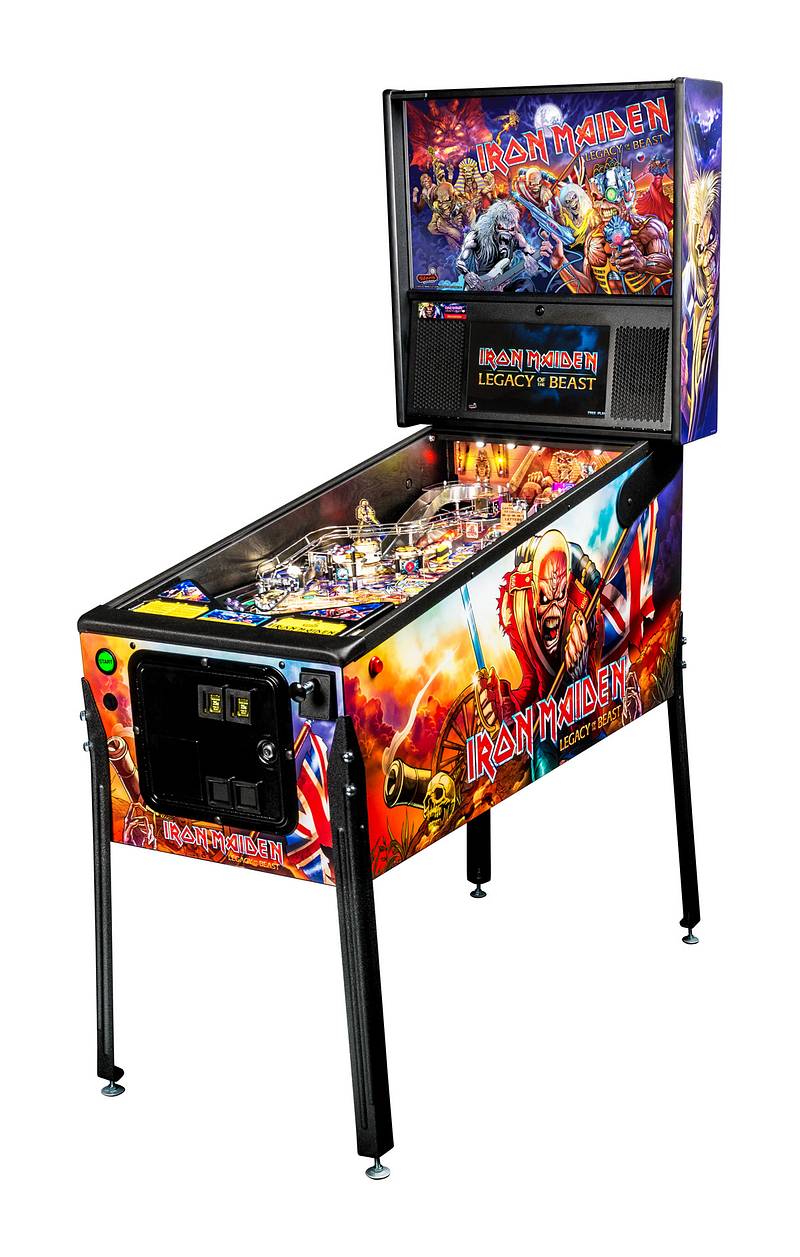 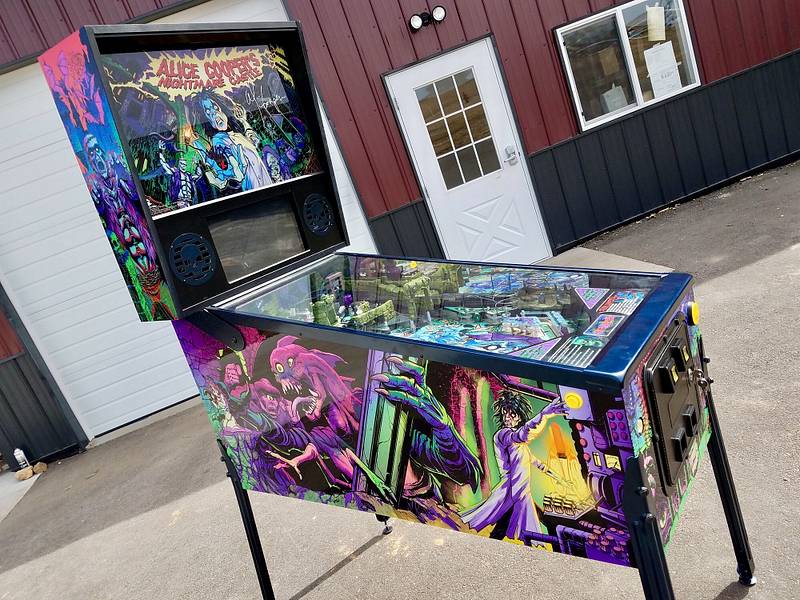 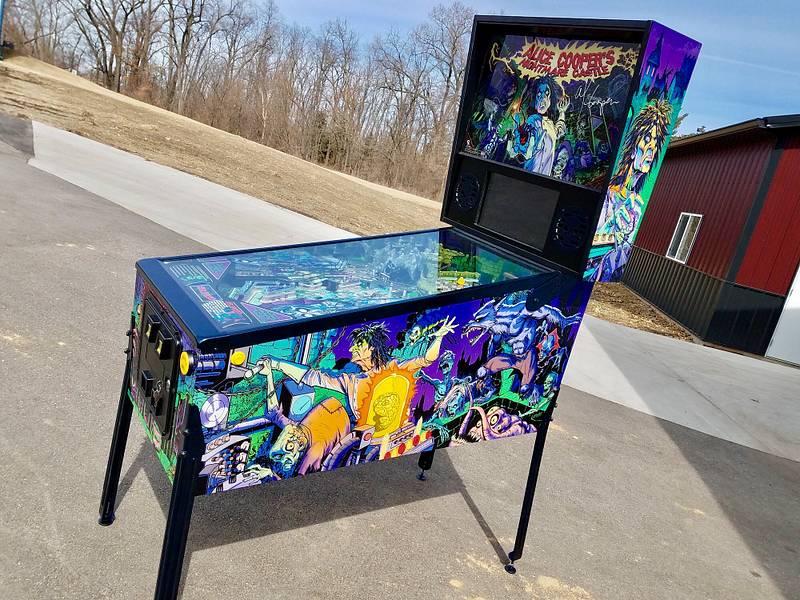 To me, this isn't even close.

Like both but cooper takes the art package. Playfield layout is easy Maiden

Expected not to like AC as much, but I really love the playfield and art - Maiden ... playfield looks very slick and I actually feel like the art is a bit cluttered! Not quite as much a fan of the "every eddie in the world ever" artwork (didn't like it on Legacy of the Beast the CD or the game...) I need to see in action to see how well the game plays. Between these two dream themes, the gameplay will determine the final outcome. Damn I thought I was done buying new pins this year!

They are both killer looking and I love both performers. I knew should of waited on that new bubble hockey. I will figure a way to make them fit!!!
Does the guillotine work??

pretty impressed with the stream of iron maiden, rules are 100% better than what Guardians has right now. Alice code is pretty bare bones but has lots of potential with Bowen on staff now. Great time for the hobby. I think both have cool art but like the Iron maiden art a bit more

The play field on ACNC is just SOOO much nicer in my opinion. Iron Maiden looks great but it still looks like everything else Stern does. It kind of looks like a cross between GOT and WWE and I don't really care for the appearance of either one of those. I will still play the game and if I like it when I can actually play it I may actually buy one but it just doesn't excite me like ACNC has from a presentation perspective. ACND presents like a pin that was made from scratch and the Iron Maiden pin just doesn't have that original appeal. I still might buy one though, however my money right now is going to Spooky again...

ACNC has a superior LCD presentation that's for sure. Zombie Yeti for the close win though on art. Can't lose with either choice - we all win.

Not quite as much a fan of the "every eddie in the world ever" artwork ...

Honestly they look like they'd be perfect sitting right next to each other.

How many Eddies total?

I think I'm buying both. I like ACNC art a tad bit more. Layout IMDN. I think both will be hits. Pirates will be a hit too. I'm amazed that I'm not "really" into the theme of the 3 big new pins but am into all of them. GOTG is my cup of tea theme wise and frankly it blows compared to the new 3.

ACNC easy but people with have InMd in 90 days while ACNC is more like 500 days out.

Cooper is a better “world under glass”...both awesome!

they both look great and both winners in the "looks" department.

How many Eddies total?

Shit I don't know...it was somewhere in the other thread...39 at least?

Shit I don't know...it was somewhere in the other thread...39 at least?

Wow I need to go back and look again.. I was at 16 on the playfield.

Alice Cooper for sure.

Even though it doesn't have all the songs I would like, at least they didn't choose to totally ignore the singer that made the band great in the first place.

LOL. In between vodka gulps -

Most of the "legacy of the beast" art looks like that unfortunately. He did a great job given the constrains, I think. Licenses are tough. It is MILES better than what ended up being possible with Star Wars, I think.

My heart says that I want to support Spooky over Stern, that when it comes to a horrorish themed pin they have the edge, and I think there's a great package there. They're growing and improving with every release, and that's awesome. If you have the money and the space I encourage you to be part of that history, you'll feel good about it I think.

ACNC has a superior LCD presentation that's for sure.

(Sure the LE will be sick, mirrored Eddie backglass?).

AC is probably a real backglass actually. And it looks great, like a cool horror comic come to life, perfect. And it sounds like the game will be more like a comic too, not a 'band pin', you earn AC songs and it has original music too. That's cool. I'm not an Iron Maiden fan, I listened to Killers a lot when I was 13, but that's about it. I got a little tired of the music during the stream, their songs can have a similar vibe. So music variety, and music without lyrics, that's good. Edge Cooper.

But I just can't let go of the fact that I've shot Archer, the original version of Iron Maiden, and the playfield layout is just too good. I dunno if I'm really interested enough to buy, I need to see the Premium, get more details, let the early adopters take the testing hit. But it just shoots so cool, I might cave and sell a game to get it. I can live with the music I think.

One would have to say that there are a lot of great options in pinball right now.

Wow I need to go back and look again.. I was at 16 on the playfield.

Quick look is at least 10 on the head alone

Wonder which one will have the better quality playfield and clear coat.

Actually I know the answer to that already.

Edit: full credit to Spooky that this is even a close call. 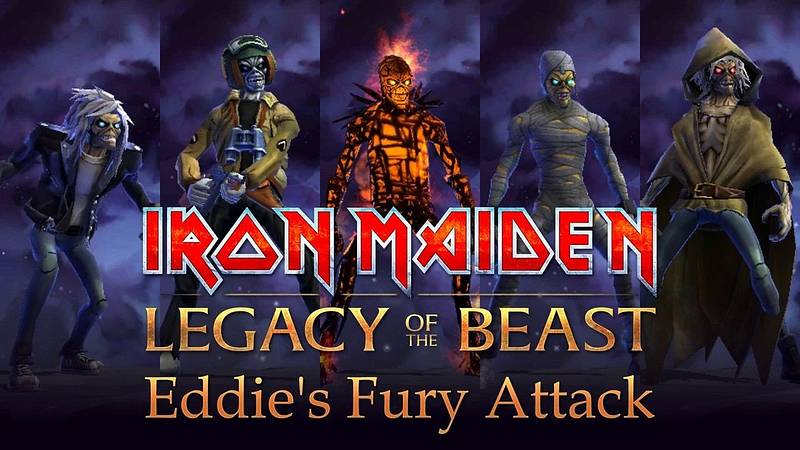 all the eddies represent the diffrent eras of Iron Maiden .

I'm still trying to find this one on there. 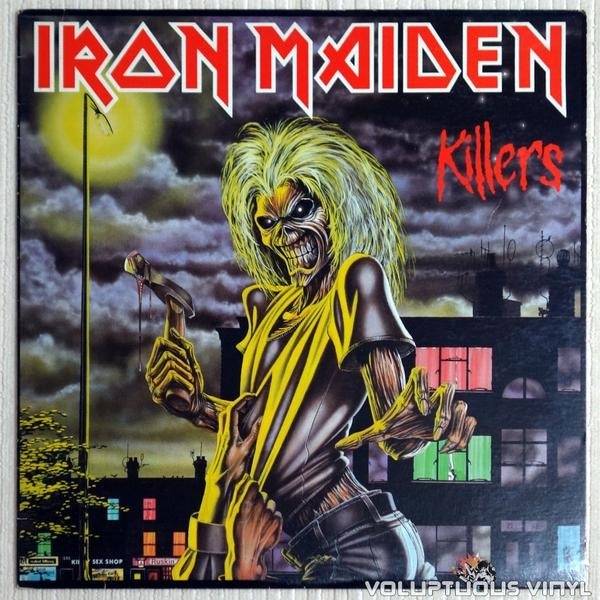 I guess it depends what you want to sacrifice. I think ACNC looks better, more full and more toys. Iron Maiden looks like a typical stripped down bare stern of todays standards. So on looks and toys definently ACNC. But i personally enjoy Iron Maidens music WAY more then Alice Coopers. So for sound and music, iron maiden for sure. So whats more important to you? Looks and toys or sound and music? In the end I'd probably choose iron maiden for the awesome music.

Alice looks spectacular. So does Maiden.
Let's just all bask in this kumbaya moment cause I've never, in my 4 years here, seen everybody so excited and harmonious.
I give it a day, tops.

everybody so excited and harmonious.

If I didn't have a TNA coming, it would be just another day in retro land.

art: I like the Alice Cooper cabinet and backglass much more, but I find the playfield for Maiden more pro looking and it integrates a lot of themes within the actual pinball layout (look at the Eddie in the padding room between the pops!), and it's actually about the band in the title. In the meanwhile, Alice's one looks more like a poster than a playfield to me, the castle is very cool thought. Overall, I like Maiden's better.

sound: I'll put aside the music as there's a lot of personal taste here, but from the little gameplay I saw from Alice Cooper, it sounds like Iron Maiden takes the cake here with 2 voices full of energy doing the call outs and awesome sound effects.

Money wise its pretty straight forward. You could order Stern IRM and play it for 6-8 months and at the same time put a 1k deposit down on ACMC.
Within that 6-8 months the IRM Prem will be shown and code polished. You can then sell Pro IRM and get a Prem IRM and sell ACMC spot.
Or sell IRM Pro when your Spooky machine is ready. Its a win win unless of course you fall in love with your Pro IRM there there is the credit card option 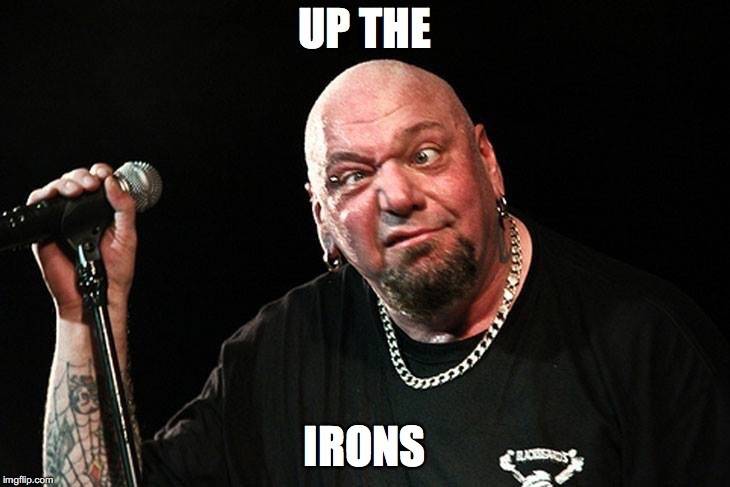 I'm still trying to find this one on there.

A reasonable rendition on the left sling I think

A reasonable rendition on the left sling I think

Still no reasonable reason why there is no Wrathchild or any other songs off the first two albums though. At least they got that right on Metallica albeit no Whiplash.

Still no reasonable reason why there is no Wrathchild or any other songs off the first two albums though. At least they got that right on Metallica albeit no Whiplash.

Heh, you're preaching to the choir here. Been a Maiden fan since the beginning. I'd add those important songs later with PB browser. No biggie.