14 key posts have been marked in this topic, showing the first 10 items.

Post #273 Link to tutorial on converting sound files for import into Pinball Browser. This was necessary in early versions but starting with version 3.20 is done automatically by Pinball Browser. Posted by DugFreez (8 years ago)

Post #600 How to find the names of the lamp matrix locations. Posted by oga83 (8 years ago)

Post #858 Video on how to replace a song. Posted by Underspin (7 years ago)

Post #1220 Step by step tutorial that explains how to install the Pinball Browser communication patch on your pinball. Posted by oga83 (7 years ago)

Post #1330 Tip about replacing songs: Rule of thumb is always pick the longest sound file with the most fragments. Posted by DugFreez (7 years ago)

Post #1672 How to adjust saved macros for a later version of pinball game firmware. Posted by oga83 (6 years ago)

Post #1886 Compressor function use on sound files. Why you should do it, what a good file looks like in Audacity. Posted by Arcade (6 years ago)

Show all 14 key posts in the index

You're currently viewing posts by Pinsider mudflaps.
Click here to go back to viewing the entire thread.

Also, any possibility of bricking the game?

Pinball Browser v5 is ready
It is now compatible with Spike.
See OP for download link and change log.
The previous version was mainly designed for Sam and I had to rewrite 80% of the code to ease the support of new firmware formats (Spike in this version). That's why it took so long.
Even if a lot of tests have been made on this version, there might be some bugs. Let me know if you find one and I'll fix it.
Thanks to pinsider TheKreator for his tests on Spike
and to pinsider Sirlonzelot for his tests on Sam !
Spike.png

For Kiss, I synched the song names to bookmarks online. Enjoy and thanks Oga! 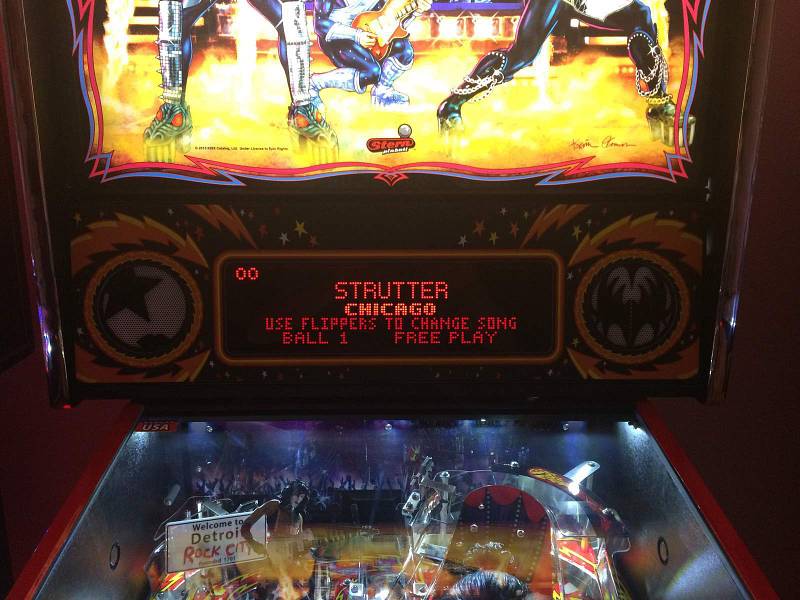 Any tips on prepping callouts? I'm doing BDK this weekend... I need to convert the mp3 files to wav and tweak the volume.

https://pinside.com/pinball/forum/topic/tips-for-getting-sound-files-ready-for-pinball-browser
I would think the biggest issue with adding callouts from a movie source would be removing any background sounds or music. The guide i linked to doesn't really touch on that, but it is mainly about file conversion and volume balancing that you asked about.

Yeah, thanks for the guide BTW. I've used it for converting songs but never for callouts. The callouts I have don't have much background music.

So maybe one of you guys can help.

I'm working on BDK and I downloaded maybe 30 mp3 sound clips. Using Audacity, I converted all of the callouts to mono wav files and then replaced some of the callouts in the game.

Once I updated the code, none of the callouts are working in the game. It's just silence (no callout at all). Any ideas?

When you open the code you modified with Pinball Browser again...do the new callouts play when you select where you put them?

Yes, but the strange thing is that PB will only play the first second or so of the voice callouts, even the originals.

After playing a few games, I can hear the new callouts but they are extremely low. Playing them in PB sounds fine.

Do the callouts have to match timing exactly? Most of them are shorter than the originals but I thought it would just be blank to fill the empty space. I can still hear the tail end of the original callout in the game.

I'll keep trying but this is frustrating. I've never had a problem with music.

The problem with this option is that once you saved a firmware without it, it was not possible to later enable it again. I had a lot of mails about it.

Spike firmwares use something that is stronger than a CRC : the files are signed and it is not possible to upgrade a game when the signature is wrong. Thus, this option was no longer possible on Spike.

Hey Oga, what does 'Undersampled:2X' mean?

On BDK, that is next to every voice callout. When I attempt to sample the callout in pinball browser, it only plays ~2 seconds and then stops. As I said above, I'm having problems substituting callouts in the game.

I can also see this. Let me check why but it will probably require a fix in a new version.

Thanks Oga! I'd like to do to BDK what Milhouse did with TWD, so I appreciate the help!

When is the next anticipated release to fix the problem? Is it worth going back for now?

Only on games that don't have a lot of memory. It's not the case with the most recent games like MTL, ACDC, ...
In BDK, you have both normal and undersampled sounds.

No, the only new feature with Spike is that some sounds are stereo.

So if I have this straight, there is a bug in V5 that affects callouts from fully playing?

j/k Thanks Oga. I'll check it out tonight.

5.01 seems to have fixed the problem. I have lots of troubleshooting ahead to fine tune volume and add additional callouts but it looks promising.

I'm struggling with maintaining the proper volume with callouts. Some are too quiet, and some are too loud. It seems the only way to truly test this is in the game as it sounds the same on Pinball Browser.

If I imported an MP3 vs a wav, would this help? I'm using Audacity to convert MP3 files to wav files, but I'm curious if this is causing volume issues.

I to have found the turning up the volume in the browser and audacity has little effect.
For all my AC/DC sound files I learned that the " Compressor" function in Audacity is your friend.
For some songs that are recorded at really low levels. I sometimes have to hit the compressor button two or even three times to get the blue sound bars at the top large enough to fill the area.
The more full looking the blue sound bars are in Audacity the better they sound in a Stern game.

Good tip, thanks. I actually forgot that step.

Yeah, well, my translite packages led to more sales too (I know this because people would tell me). Didn't mean anything, they still shut it down. If Pinball Browser turns into a liability they can't ignore they'll take legal action. Just how it is. So people who like it should just try to not rock the boat too hard.

Two very different things, I think. A translite contains images tied to one game or franchise, and the IP holder may take issue. PB allows the *ability* to modify sounds across numerous titles, a much gray-er area.

At any rate, I can say with 100% confidence I would not have made NIB or secondary market purchases recently without PB. I would be waaaay more hesitant to purchase another Stern game in the future if PB was gone.

Has this always been restricted to song less than 10 seconds if not registered? I made a rom before with long songs, so wondering if I registered it and just used a different machine or if this used to not be a restriction ? I don't mind paying, just making sure

Same here. I paid for the license but I'm on a different computer and it doesn't seem to work. I emailed Olivier for resolution.

I certainly don't mind paying again, just want to be sure.

Sorry if this has been asked/answered.

Am I required to pay again if I update the software? I updated to V6 and it wanted my key number... which didn’t work.

I think some folks use the Windows workaround... I found those unstable. Unfortunately, I use PB with my crappy Dell.

max_badazz mudflaps Your question is answered in the v6 announcement post. oga83 is the developer.

Pinball Browser v6.10 is now compatible with Spooky games
You can replace sounds or videos.
Many thanks to pinsider hAbO for his help on this !
Just open the .zip file with Pinball Browser :

Just swapped out some RZ tunes. Is there a way to match the animation with the new song title?

You're currently viewing posts by Pinsider mudflaps.
Click here to go back to viewing the entire thread.