A few questions about gottlieb domino

I’m working on a domino that was in pretty bad shape when I got it
Two problems remain
The dominos on the playfield don’t lite until the domino advance unit has advanced about 8 or ten notches
Is this normal
And the roto targets don’t always score when hit by the ball
I know they are making good contact when hit
Shouldn’t they always score when hit ?
I cleaned the domino advance unit well and the sliding contacts seem to be well seated on the rivets
Thanks for your help

It would be even more helpful if you posted a pic of yours.

Here are some pics I checked the ground wires with a meter and they seem to be making contact
But what are the three wires with white insulation are they some kind of “fuse” could one of these be bad ? 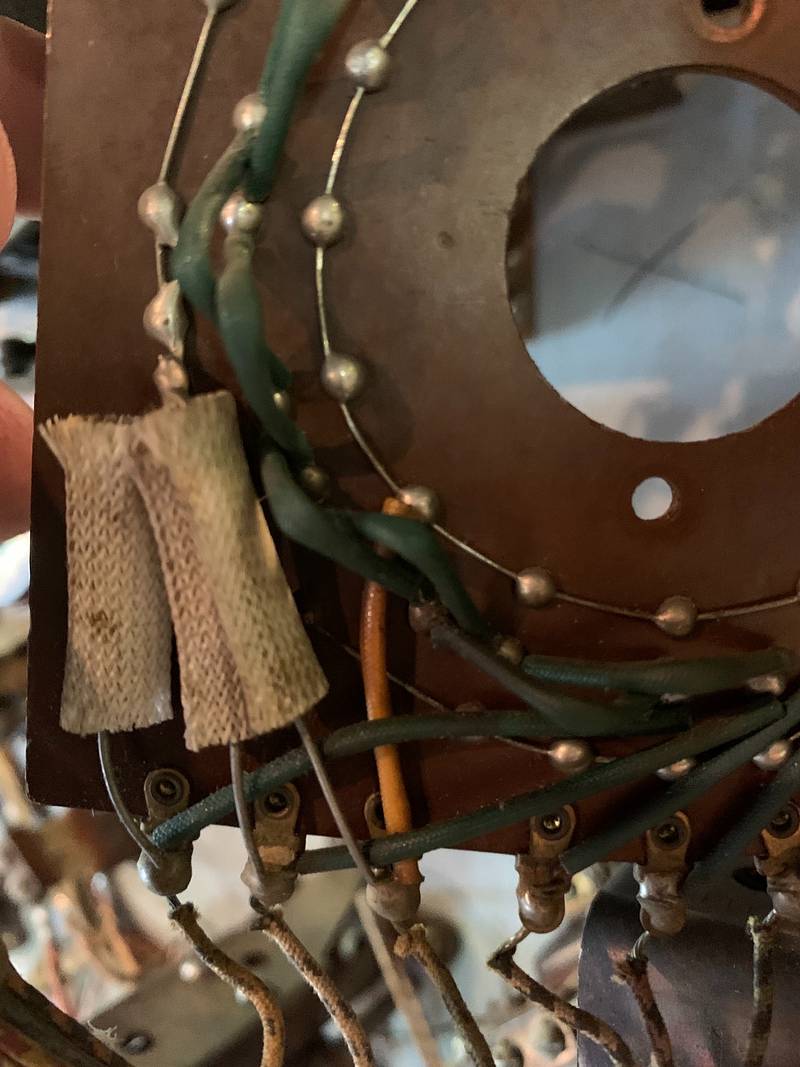 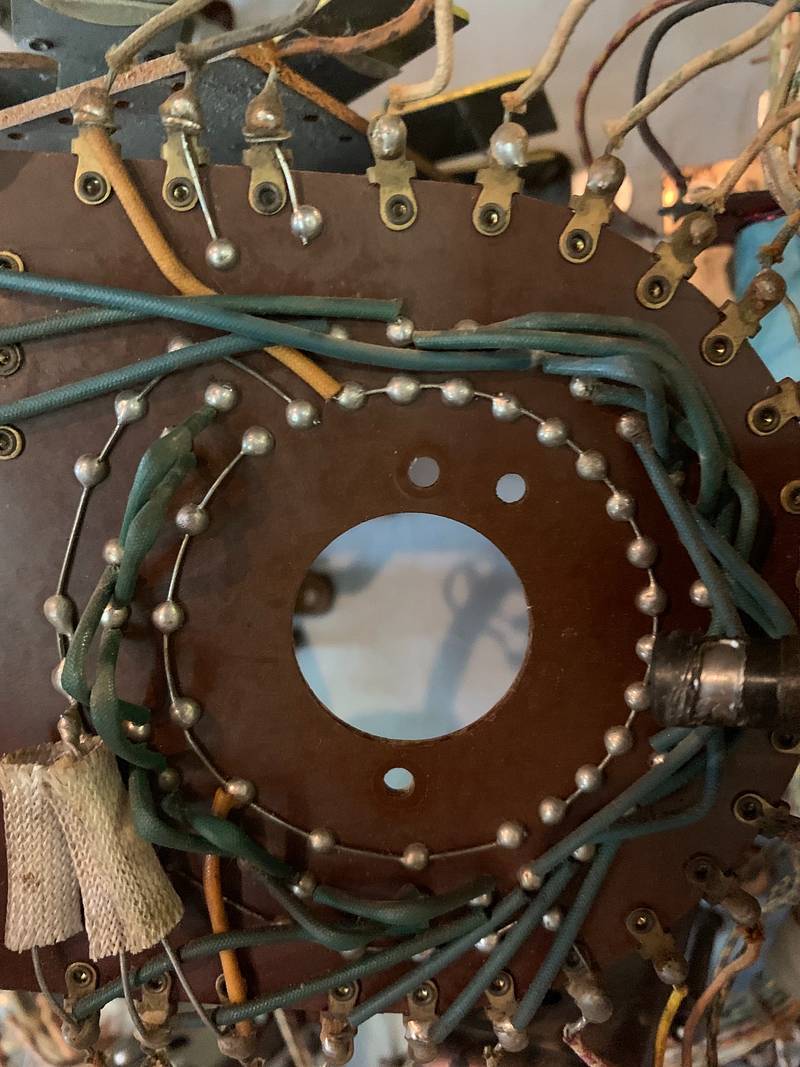 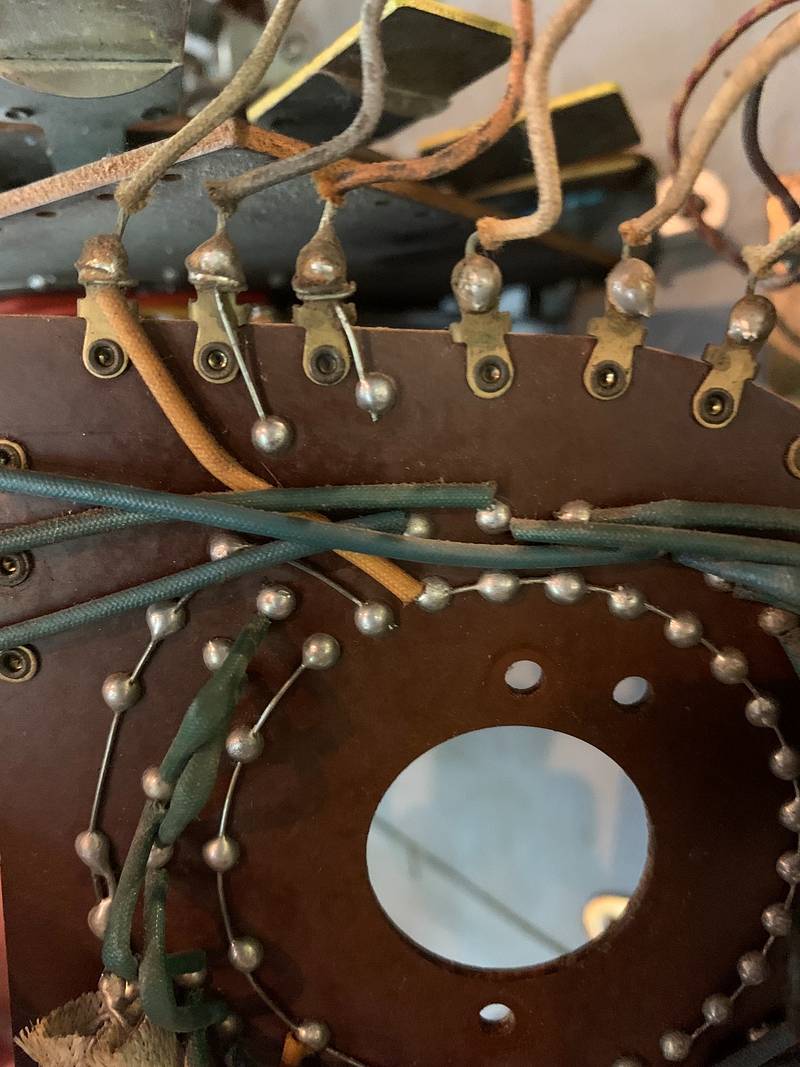 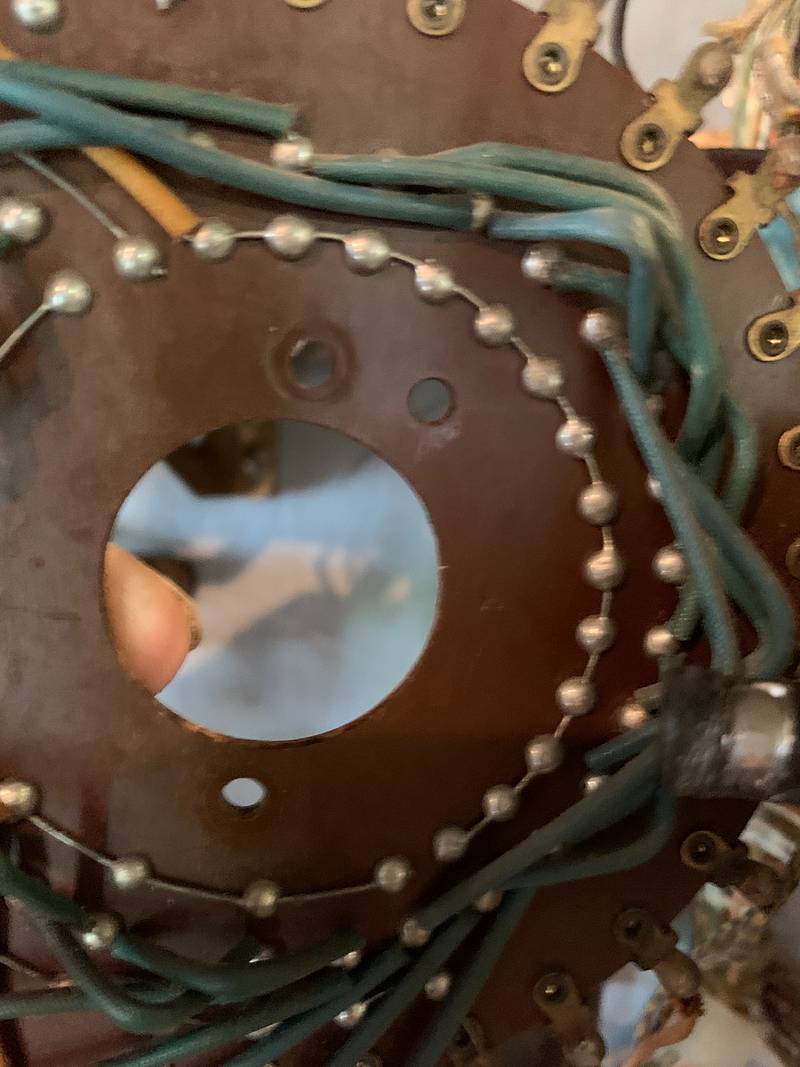 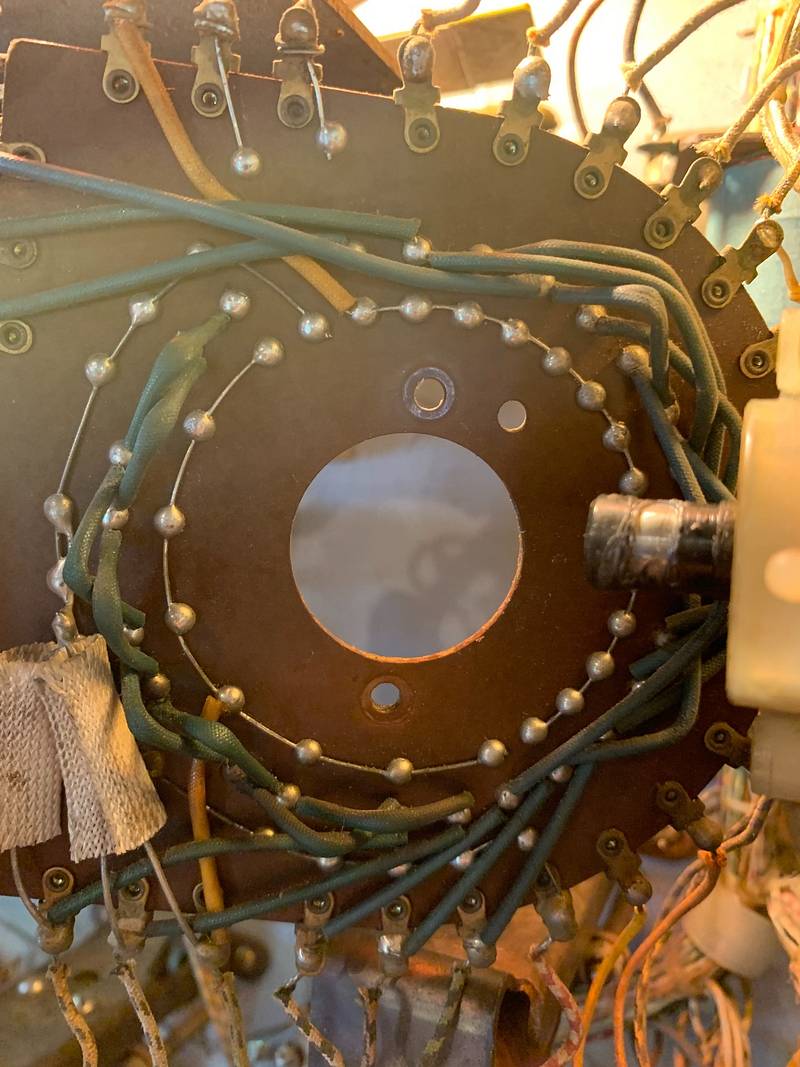 Did you test all the questionable bulbs and sockets using a jumper wire to a currently lit bulb?

All the bulbs work just don’t light until the unit advance I think 8!or ten times
The grounds seem good on the sliding shoes
See those three white clothe insulated wires ? Should I have continuity between the ends because I don’t
I looked under the insulation and it looks like very thin wire wound around a fiber ?
What are those ?

I looked under the insulation and it looks like very thin wire wound around a fiber ?
What are those ?

Those should be resistors. Gottlieb used them to suppress arcing and burning rivet contacts on wiper boards. They should be shown on your schematic. There should be a certain resistance across them but cannot be open circuit.

They are called wire-wound resistors. Not sure if they are even going to have the color code marked on them. You can use any kind of resistor as long as they have the correct resistance and wattage rating. They are not used on all games (and not in many circuits as far as that goes), but I have a Royal Flush and a Super Soccer that have them and they both use 470 ohm, 2 watt resistors. They all serve the same purpose and are used at the same voltage, so I would bet that's what you have in your machine. You should be able to use a multimeter to check their resistance.

If they are open (hard to believe they would all be open), it really wouldn't prevent the circuits they protect from functioning (they are wired in parallel), but you would be getting severe arcing from the rotor contacts to rivets (due to back EMF) as the rotor sweeps around them and that causes damage to the relatively soft brass material used on these units.

Here is the portion of the schematic with the resistors

So you can see from the schematic snippet posted above that those resistors won't affect the actual operation of the relays. I'm wondering if you have the rotor indexed correctly on the stepper shaft? I just played this game on virtual pinball, and the "5" domino on the left side of the playfield should be lit at the start of a game. Of course, you also have to make sure the rotor is adjusted so the contacts are free and centered on the rivets and making good contact as it rotates. Other than that, if all the wires are intact on the unit, including the flimsy wires on the rotor, and it is mechanically advancing when pulsed, and the jones plugs are properly mated, it should work. Of course, the schematic might be helpful in revealing something that is not obvious. It's hard to troubleshoot without one.

Yep the resistors were ok and thanks to Peruman for sending me pics of the unit in start position the rotor on mine was way off . I adjusted it and the dominos light now .
The other problem I’m having is my roto target doesn’t score it well it does very very intermittently it looks like it’s making good contact with all contacts and rivits
When I depress the roto target relay it scores .
Cleaned homes plugs and they are making good contact also
Where to look
Is there a score motor switch for this