Today at 3pm will mark the 47th anniversary of SS Billiards. We opened for the first time for us then. What a ride it has been. Air hockey craze. Foosball fad. Small video game fad. The video game fad. And through it all pinball. In addition to the business I've spent over 23 years on line and in here helping people with their pinball machines. Over 50,000 posts on Rec Games Pinball. Over 33,000 posts on Pinside. I also do tech support for Jersey Jack Pinball and Planetary Pinball Supply/Chicago Gaming. Too much to cover it all. I want to thank all who made this wonderful journey possible. Without you it couldn't have happened. And only 1,096 days to the 50th anniversary party. See you then. LTG : ) 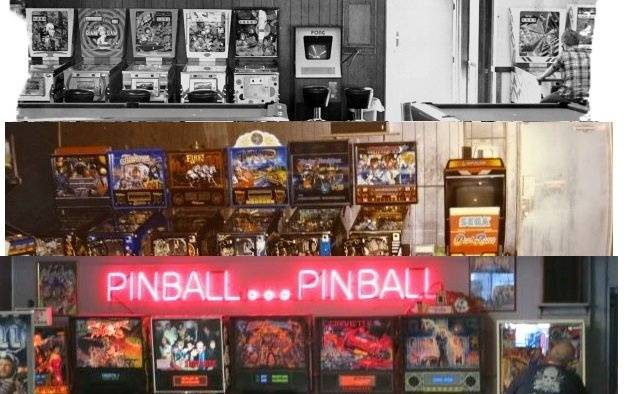 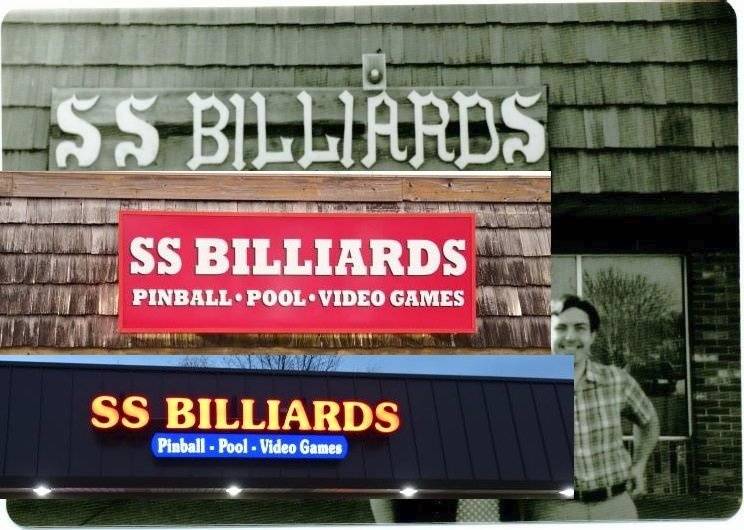 Congratulations Lloyd! That’s quite an accomplishment. All the ups and downs in pinball that you’ve seen while there.

Amazing! I honestly did not know you had been at this for this long.

Looking forward to seeing you helping us boobs out for another few decades!

Heck now that I think about it I used some of your sling taming advice from the jjp potc thread literally last weekend.

Congratulations! That's awesome as so many arcades have come and gone. 47 years is really impressive.

Here's to 50 - right around the corner

I honestly did not know you had been at this for this long.

Born into coin op. Earliest memory being about 5 years old standing on a stool scrubbing playfields with comet cleanser. ( we know better now ).

My Father had a street route until he bought the Rifle Sport arcade at 812 Hennepin ave ( 1961ish to 1970 ) and moved it to 602 Hennepin Ave upstairs ( 1970 until 1981 ), both in Minneapolis. A picture of both and me fixing a gun at the shooting range at the Minnesota State Fair, he ran that for Lieberman music company. I was about 14 in that picture. 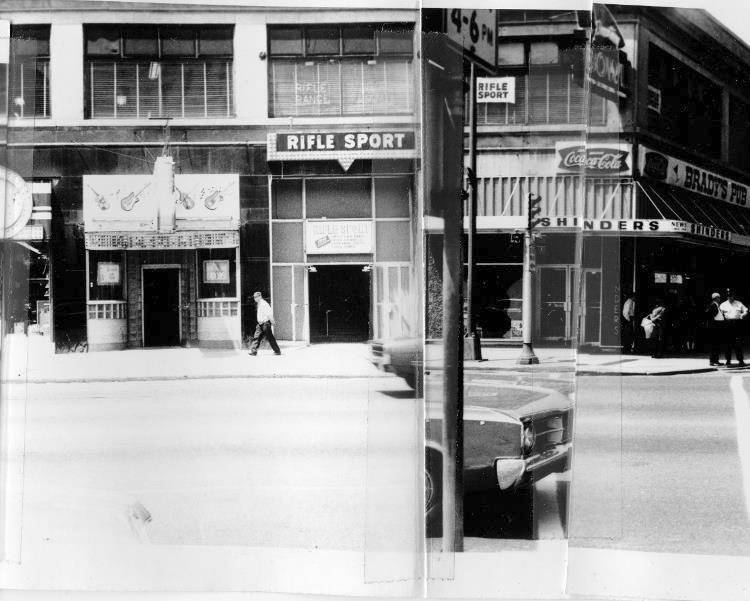 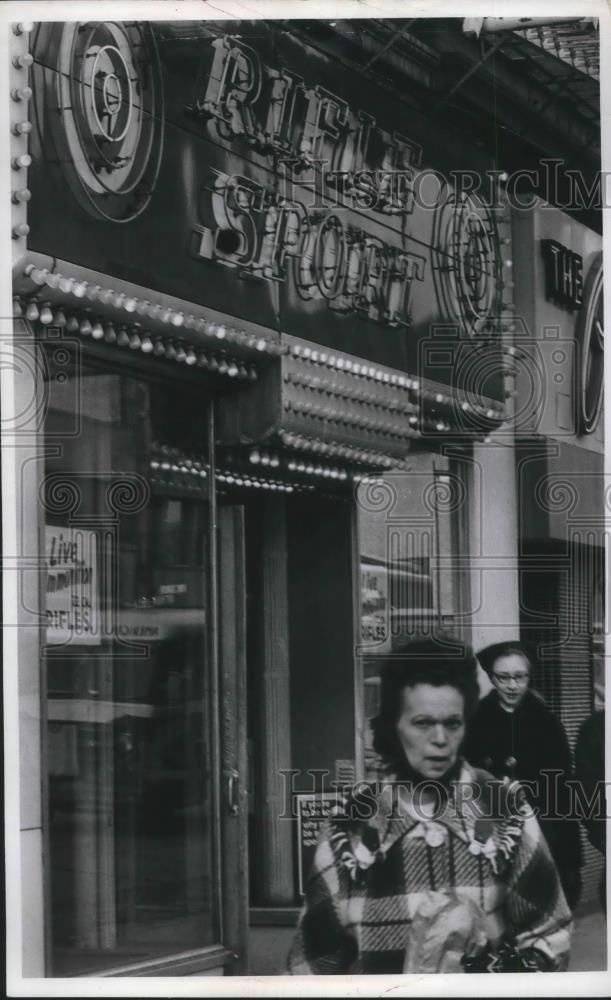 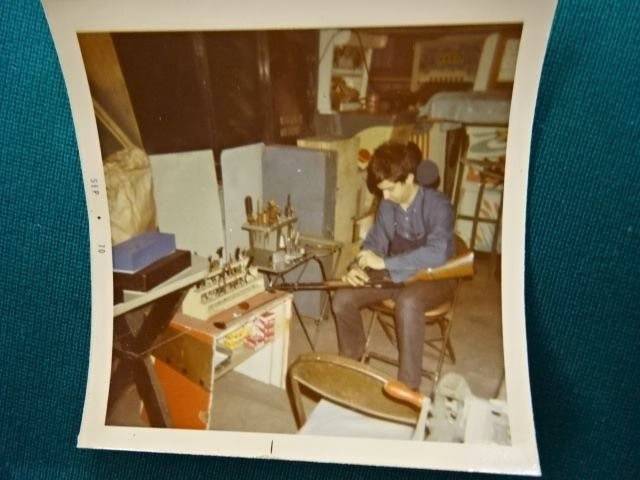 Congratulations Lloyd! Your positive attitude and constant willingness to assist never fails to impress me. Please carry on!

Congratulations on the many years of support you have provided.

I’d just like to take a second to appreciate the “classic photoshop skills” used in this old photo. (They just don’t do it like that anymore) 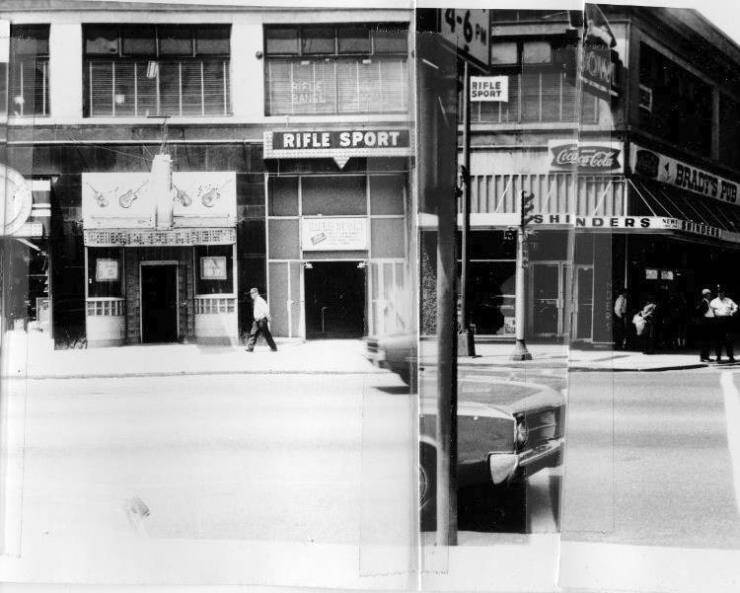 Llyod, absolutely amazing! I've been in business myself since late 2002 so I'm coming up on 17 years. I have city license receipts from the city of Pittsburgh from that year. Crazy. You have almost tripled me! What a great accomplishment. Congratulations and hope for many more years!

Congrats Lloyd, you are a tremendous asset to this hobby!

Congrats Lloyd!
You have been a huge help and even to me when I had a problem you replied in what seems like seconds (and yes it fixed the issue).
I travel a lot for business and have been waiting for my travels to take me by your place. Soon I hope.

You are an asset to pinball! Life time achievement award to you sir!

Very cool, you should be proud!!

My most heartfelt congratulations!!! Thanks for doing what you do. Everyone in the hobby appreciates it, most especially those of us in the Twin Cities.

That is truly an amazing run for any business but especially for one that specializes in coin-op, you've seen some serious changes in the markets for certain but managed to weather them! Thanks for all the years of support, advice and suggestions you've provided, they have helped countless people both old and new to the hobby and I'm certainly one of them. I need to come up with a work trip to Minneapolis to I can visit your place and hopefully meet you in person. Here's to many more!!

I too came to pinside purely for help with my first pinball, and lloyd was the first to respond. now I have 20 machines and donate regularly to this website. Thank you Lloyd for everything.

Congratulations Lloyd! Thanks for all you do for the Pinball community. I'd love to see some more of those vintage pics if you have any.

I remember back before digital cameras and iphones, we weren't so diligent in documenting every nuance of our daily life. Pictures cost good money to get developed and flash bulbs were expensive too.

I'd love to see some more of those vintage pics if you have any.

Not many available. I always keep an eye on Ebay and history websites.

You think the stuff will be there forever, and it doesn't last.

When we bought this the average life of a game room was a year and a half to two years. The man that started it was going to sell it or close it at the end of his two year lease. I never dreamed of being here that long back then, or I would have taken more pictures.

Congrats to you Lloyd! Thanks for taking time to answer my questions, and all that you do for this community/hobby. Wishing you continued success moving forward..

Back when I was a young teen just getting into pinball, I always looked forward to your counsel on RGP all those years ago.

Now that I’m older, I STILL look forward to your thoughtful posts.

All this is made even better now knowing a bit of your history. Thanks for everything, Lloyd!

Congrats! Routing pins has been the most fulfilling part of this hobby for me. I love seeing people enjoying my games.

Thank you for your continuing effort in the pinball community!!

Great asset to pinball and more so a Great Person! The hobby and all those you have helped throughout the years are grateful and honored to call you friend. Odd coincidence as I am doing a trade show in St Paul all next week and planning to stop by to see a not so old friend. The Golden Goose of Pinball! Congrats to you Mr LTG!!

You've helped me more than once over the last 20 years. I still remember so many threads on RGP speculating what LTG stood for! My favorite was "Learn to Google".

Today at 3pm will mark the 47th anniversary of SS Billiards.

What a relief! The title of the thread got me thinking you had hung onto the same wife for that long.

Awesome, congrats! Thank you for all your pinball knowledge!

Congratulations! Based on NZ time only 1,095 days to the 50th anniversary party .

) to your business goals. The bigger question is ... how old is the duck now?

The bigger question is ... how old is the duck now?

The Goose is about 19 years old.

The winter of 2000-2001, there was one of many threads on Rec Games Pinball with people asking what LTG means. This came up many times, and had many responses.

During this time I had some older guys shooting pool. No idea what was going on. But one of them screamed "Let loose the ducks". At the same moment on one of those threads on RGP David Gersic posted " It stands for Launch Those Geese !". I thought to myself, "hey, that's not bad".

Shortly after on March 2nd 2001, my first pinball event here was the Launch Those Geese pinball party. The rest is Goose history. 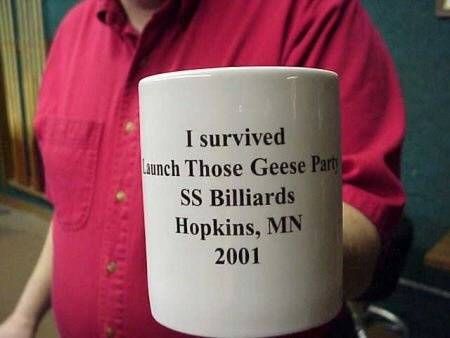 Congrats! And thank you !

Whenever I make it up to Minnesota , I'll be sure to make a trip to your location!

I remember back before digital cameras and iphones, we weren't so diligent in documenting every nuance of our daily life.

A lesson for people to take pictures. Things don't last forever. And with cell phones and digital cameras, today it is so easy.

Things I should have taken pictures of. Twice a year stand in middle of business and take pictures front and rear to see the changes. Inside my Father's two arcades. The shooting range I painted there and at the state fair ( was once the largest truck mounted mobile shooting gallery ). Even games. As a test operator for 19 years. Every new game I should have taken a picture of front, side, inside. Many games I had were one of a kind due to changes in production, or odd balls. Dedicated Donkey Kong 3 ( each distributor got one to sell the kits ) Pacman Jr. in Mappy cabinet. Sit Down Space Harrier in a Devious cabinet. Blasteroids serial number UR00001. Games from Tokyo before production games made in USA. Even board changes. These would be a gold mine of information now.

Take those pictures people. You'll be glad you did.

thanks so much for all you do LTG!

Congrats on the milestone!

The Goose is about 19 years old.
The winter of 2000-2001, there was one of many threads on Rec Games Pinball with people asking what LTG means. This came up many times, and had many responses.
During this time I had some older guys shooting pool. No idea what was going on. But one of them screamed "Let loose the ducks". At the same moment on one of those threads on RGP David Gersic posted " It stands for Launch Those Geese !". I thought to myself, "hey, that's not bad".
Shortly after on March 2nd 2001, my first pinball event here was the Launch Those Geese pinball party. The rest is Goose history.
LTG : )[quoted image]

I was satisfied then that I would never know the true story and now I'm happy to just have another clue! All the best Lloyd!

Congratulations Lloyd, still hoping to visit you one of these days.
Thank you for all of your help and advice over the past few years.
Jim

Congratulations! No mean feat - thanks for all your positive, informative posts - here and on RGP.

http://www.pinballnews.com/news/lloyd50k.html Scroll most of the way down for more answers.

Congrats Lloyd and thanks for all you do!

Congrats Lloyd! The pinball community will always be in your debt.

Congrats Lloyd!!! Been too long since I've been there, but I don't get to MN to often....

Keep Launching Those Geese....and we need to start a Pinball Hall Of Fame campaign for you!!!