I want to dedicate a new thread to a gem that sometimes seems to be some kind of forgotten. It's almost exactly 40 years ago that Williams presented Steve Ritchie's 2nd masterpiece for the company.
I absolutely agree when "new" Pinsiders or anyone who was born after, say, 1970, now replies "so what" and back in 1980 me too would have replied "so what" to anyone who told me "oh yeah, Firepower is cool, but never forget Humpty-Dumpty"
You simply had to be there in 1980, the impact that FIREPOWER created can't be described in words. It was the same impact that FLASH did one year before. Anyone who is interested can read my appreciation to Steve Ritchie and Flash on the FLASH-splash-page, where I tried to sum-up the important role of FLASH in history.

Me I grew up with Pinball because my family had a bar with a separate room full of amusenent-machines. And I can't exactly explain why, but from early on I was a "Williams-Guy" and loved that company. So it was a little bit sad when Williams slowly seemed to fade away in 1978. Of course Bally designed great machines but their domination got boring in 1978. There was a very dull period in the summer of 78 when you indeed could bet that if you visited a location with just 1 oder 2 machines you'd find an Eight Ball, Mata Hari or Strikes and Spares. When FLASH arrived in early 1979 it felt like a rebirth of Williams. The Stern-games also got better and better and from then on the market got more balanced and interesting. It was a very cool period and FIREPOWER kinda topped it. From then on Williams dominated and they fought hard to get pinball through the bad years 82 to 85. Stern gave up, Bally and Gottlieb tried to save money whereever they could and manufactured "cheap" machines in those years but Williams went the "all-or-nothing" way with expensive machines like Space Shuttle or Comet. And finally they succeeded and were able to invent High-Speed - the rest is history of course.

And I honestly believe this would not have happened if there had not been Steve Ritchie, Flash, Firepower, and Gorgar of course. Williams surely made good money with those wonderful machines and this money helped to save Williams and finally saved Pinball.
And to this day I feel very sad when I see a "dumpster" Firepower and Flash and people saying "so what"
Please everybody think twice next time - and even if only 1 FIREPOWER or FLASH will be saved by someone who reads this and thinks about it then this toppic made sense.

I would love to see a Firepower remake for a fair price. I would definitely be a buyer.....such a great game!

With stand up targets behind drop targets.

For me it is by far the most fun williams game of that era.

I am glad they made a lot of Firepowers because it keeps them from being expensive and hidden in peoples collections!

Thank you all very much for upvoting and/or answering.

Absolutely iconic layout. Love the risky 3-banks and the center target shot through the jets.

I remember speaking years ago to Wayne who had the rights at the time to Williams, and talks of the MM were in the works, I mentioned instead of just focusing on newer popular titles that they should do something like Firepower ( have been an owner for many years myself ), I thought this would be a much simpler machine to produce and be available at a much cheaper cost, compared to games full of mechs and gimmicks, he did say it quite could be a possibility. Maybe Chicago Gaming may take this on in the future due the success of MM, AFM and MB.

I think it could be a big winner.

You know, M-G-M, me too I love Flash and Firepower, but the vast majority of the Pinsiders never look back. It would create a damned shitstorm if there would appear even the slightest possibility for remakes, and I say this out of love, not hate, for these machines.
IMHO there is one machine only prior to High-Speed that would be accepted by almost everyone, and this is FATHOM. Maybe I could say CENTAUR, too, but this machine polarizes. I remember some "smart" german stating he would not even let himself being buried in a Centaur.

Yes, I'm also a fan of this all-time classic. I have two of them, and if you haven't seen my project I did with them, you might be interested to take a peek:

There was nothing quite like achieving the multi-ball countdown on Firepower, still one of the best pure pins ever produced.

I don't really think there is a need for a remake, lots of very nice originals are still out there, but what I would like to see would be a code update to just give some sort of jackpot or goal in multiball, that would really be the cherry on top!!

Here's what I started with when I got my Firepower. It booted i to audit mode and the sound board worked so I decided to try and save it. 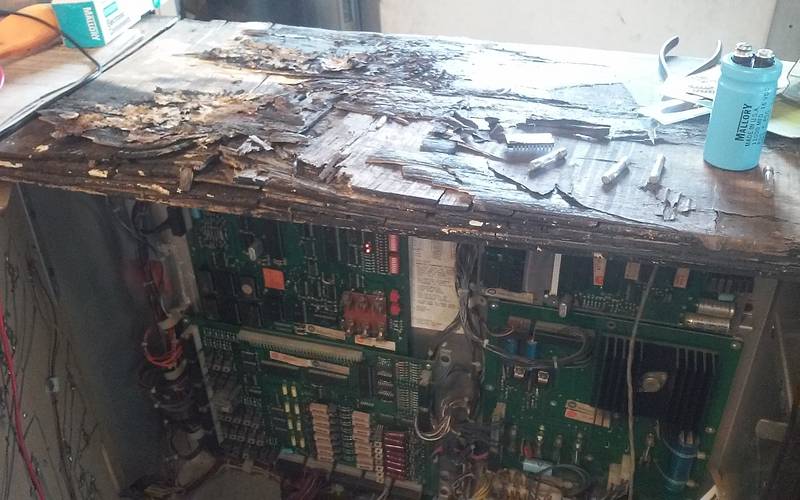 Still has a few wonky inserts, could use a backglass but it get the snot played out of it now. 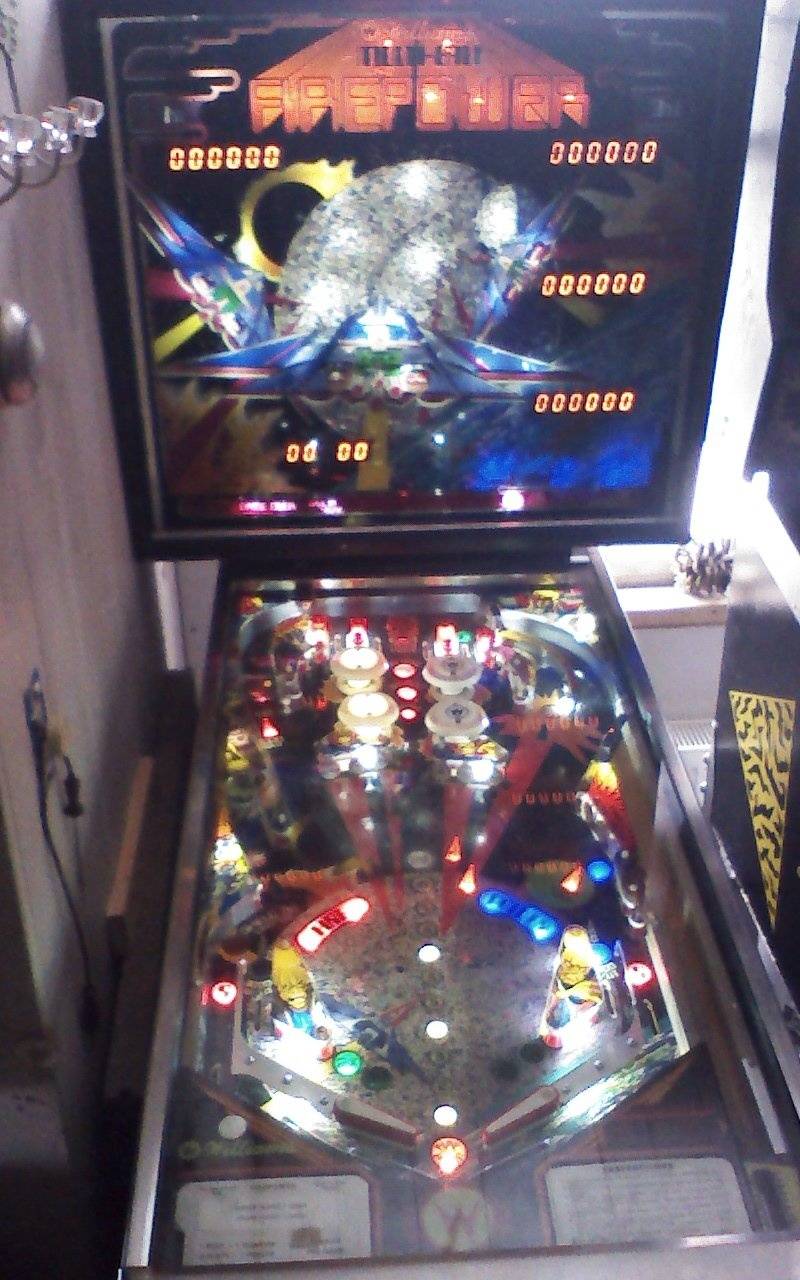 Ron and I did a Podcast on Early Ritchie and we spent some time on Firepower https://www.thepinballnetwork.net/e/silverball-chronicles-ep-1-steve-ritchie-before-the-mullet/

Here's what I started with when I got my Firepower. It booted i to audit mode and the sound board worked so I decided to try and save it.[quoted image]

Sensational, this makes my day

You definitely saved a piece of history. One day people will be sorry that they parted out and shreddered their Firepower, but then it's too late.
But you can watch this anywhere - here in Merkelreich people go crazy about old "Beetles" and are paying insane prizes for a car they laughed about 20 years ago.