Just a bit of fun.
You have $20 to make a Lyman collection.
You are on an island etc so no access to any other games..... EVER. This is it! 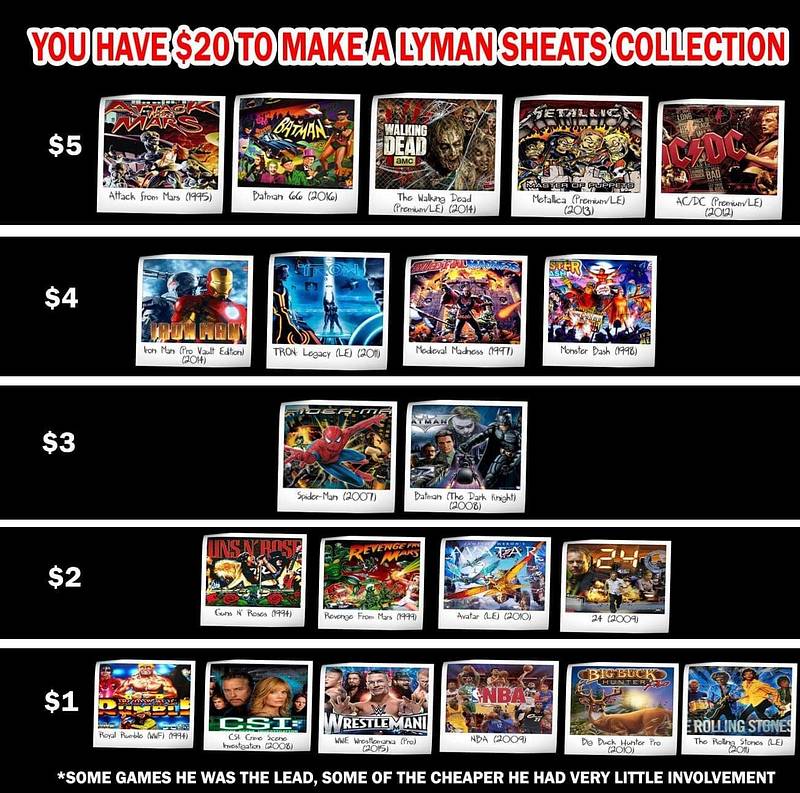 Also, please tell me where this island is because these are really good prices.

How much can I get Wheel Of Fortune for?

Nice that some are LE's

Yep, that'l keep me busy for a while

Thanks for the excellent Lyman interview.

Lyman true champion, his code efforts are second to none !

Only thing is I think he has made Metallica a little too easy now ?

Pm sent. I will take them all for full asking price.

I say everything $3 and below. 12 bangers for 20 bucks and I'll trade Lyman coconuts for code.

Yeah the 1 and 2 dollars ones where all listed
On his pinside profiles page but I guess most of the $3 and up are the ones he did himself
Iron Man and tron being with Lonnie .

AFM + TWD, and then I’ll keep the $10 change for some coconuts & to pay for the power bill.

AFM. The rest I'd rather not play

If I add up all the ones I own:

I would like a discount for the pro version please.

Metallica $5
TWD $5
Monster Bash $4
Spider Man $3
Avatar $2 My wife likes this game and if we are stuck on an island I better keep her happy.
BBH $1

This is funny since I own 7 Lyman of pins out of my 12 pin collection and I’ve never sold one of his games.

I can’t figure how you value these pins since you have IM higher than SM and any of the tier 1 pins basically $2 above SM so basically SM plus Avatar is the same cost as AcDc. I see this as a clear indication that you need to fit SM into the lineup anyway it comes down because it’s too good of a value at $3 for a top 16 pin it’s like stealing.

I think IM should be in the $3 class with SM.

I love the teir 1 pins to bits they seem like they are spendy that I could not justify more than 2 of them. I love the top tier a lot but it’s almost as if I should just pick one and have more to spend on the lower. However I can not pass on AFM, TWD and hard to pass on Met.

I’d say :
$5 AFM simply the best.
$5 TWD (could go Met but something about the code on TWD puts it over the top, I think Met has better layout but TWD is just so great basically I could flip a coin on TWD/Met both pro)
$4 Tron (love IM but it’s a poor man’s Tron)
$3 SM (I feel like IM should be swapped with SM in the cost so I’m picking SM all day)
$2 Avatar (it’s fun)
$1 CSI

I have $3 left and can’t decide if I prefer BM or Avatar I’ve never owed either and would like either or both. So I’ll say they are the same in my mind yet Avatar is less so I’ll pick Avatar and have $1 left over.

This would just swap Tron for Met but I’d have to give up CSI. I feel almost like Tron should be in top teir so I’m going to keep Tron over Met although that’s a marginal call.

Does the island somehow have electricity? Else I'll have to go by the art work. But lets see...

Kinda scratching my head on the values. BBH Pro brings more money than 24 in real life. 24 doesn't have a ton of depth to the code either so why is it worth 2x as much in this?

Hard to resist the LEs at that price

Can someone spot me an extra 20$

Many of the other games are obviously great. I feel these ones might have the best longevity if you are stuck on a island with no other options for the rest of your life.

I think TWD has been the most popular choice so far?
With Metallica 2nd? 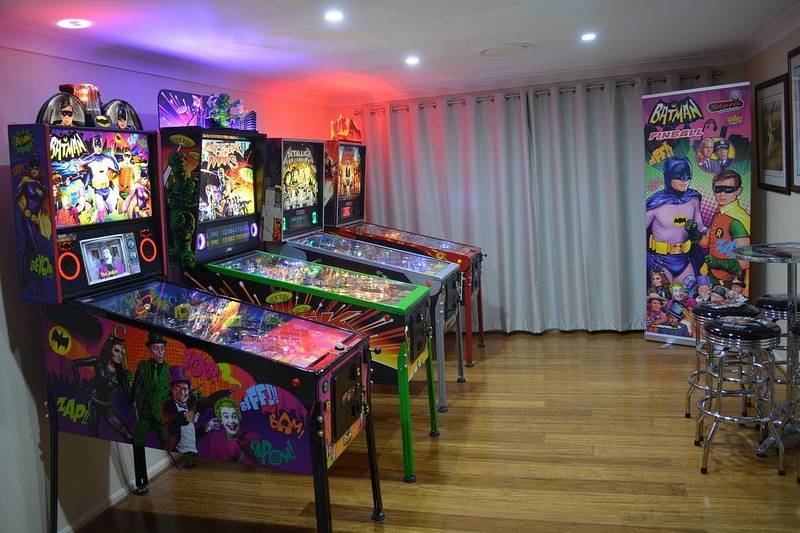