Make your WOZ the talk of the town with our State Fair Balloon Flickering Flame Ultra Kit!

In 10 minutes and by removing 4 screws you can add on our realistic hot air balloon flickering gas flame kit to your State Fair pop bumper. The kit is entirely plug and play, no soldering and no tools but a screwdriver needed. This isn't just some static light either, it randomly flickers and flutters like a real flame, see the video! On top of that, it's not just one light in the pop bumper but another light that you can aim in any direction you want. The pop bumper light itself is socketed so you can easily change it out for another color or replace it. Included in the kit is a single wedge yellow flickering flame bulb to go in this socket but we are soon going to offer doubles and other color choices (white, red and more). 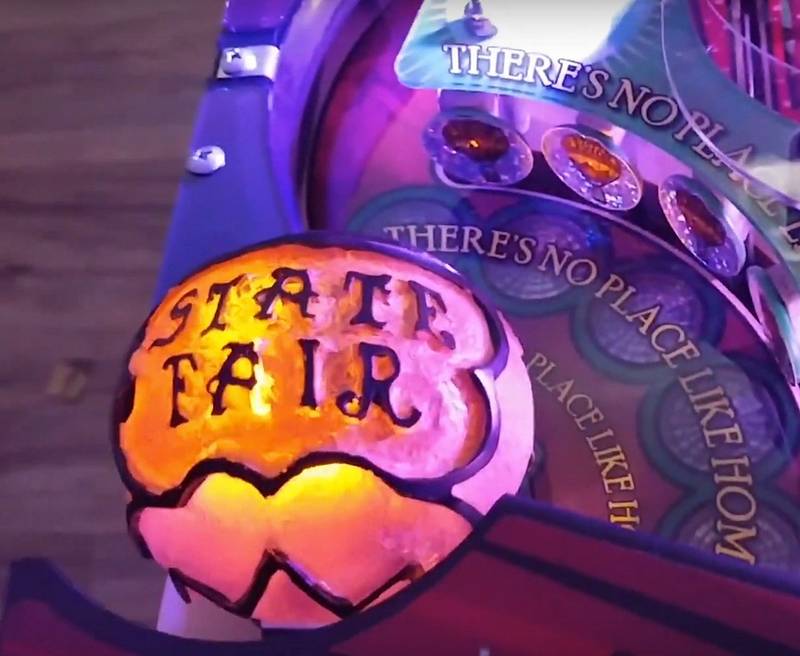 Didn’t Mezel Mods come out with this kit years ago? I recall buying one and loved it. Is this different in some way?

I did too, thought it was awesome. Yeah, different in a few ways. Mine is socketed so you can change the bulb to anything you want (12v, same as mezel, but I also have a buck board that can be plugged inline if you want to push it down to 6.3v to use more GI style bulbs). (Side note, I also socketed my Winky light that I bought from them so I can change it periodically, actually replaced the whole base with a standard lamp base, seems like that would have been easier from the start) It comes with a custom made yellow flickering flame bulb in a wedge base (I've never seen these sold, I submitted a request to Comet to build them). Comet sells a "fire" bulb but really it's 4 SMDs which rotate colors (red, yellow, orange) and doesn't look at all like "flame" in my opinion. I also have a white flickering bulb (I didn't offer it but I can) and double flickering wedge base bulbs if you want more flicka. I also include a 2nd light to place at the base of the pop so not only does the balloon get lit up, there is some flicker and glow below the pop. Looks great bouncing off the TNPLH mirrored stickers someone sells. It's all toolless install, as well... well, except for the screwdriver you need to remove the apron and pop bumper. I think you had to crimp the Mezel one and so it made it uninstallable easily for those who don't do that kind of thing. Mine is uninstallable without cutting. I had to make the bulbs by hand, scavenging bulb bases from old Comet matrix kits I had parts from, don't know where to buy just wedge bases.