This is a small event. We are limiting this event to 20 attendees (though we are showing approval with the IFPA for up to 21 people on the off chance that someone who registers unexpectantly materializes with a child or spouse who really wants to play). You must register in advance for this event, first come first serve…we expect this event to fill up within a week or so of posting so if you are reading this a day or two before the event we will likely not have any open spaces…but never fear, we are working our way back to a large Romp in the Swamp event later this year..

Alright, here is the skinny:

Qualifying will be through the Best Game format on MatchPlay with a 95% modified decay scoring system. You get two plays on each game. We will have seven (7) games ready to play: BSD, IM, ST (premium), SC, our HEP restored Medusa, DW, and our HEP restored TAF. Both games count and will be entered in to MatchPlay software.

The entry fee is $3. No alcohol may be brought on this premises. 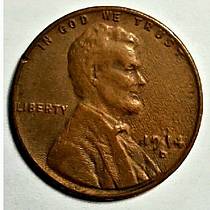 There are 4 Pinsiders known to be attending this event: