Pinball Expo is the longest running pinball event in the world as recognized by the Guiness Book Of World Records.

As one of the most prestigious pinball events in the world, the Pinball Expo has been chosen by many pinball manufacturers as the site for official "world premieres" of new pinball titles.

In 1984 Rob Berk put together a questionnaire than ran in Steve Young’s publication called Silverball Quarterly. The questionnaire basically said, ‘We are considering doing a national pinball convention, are you interested, would you come? The resounding answer was yes; it would be a good idea. It has always been in the Chicagoland area or Chicago suburb.

As long as we have fingers that we can press a button, pinball will be fun. 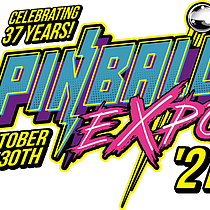 There are 37 Pinsiders known to be attending this event: