The Golden State Pinball Festival is located “in the middle of everywhere” as we are only 45 miles from the Sacramento International Airport (SMF), about 30 minutes south of Sacramento, 90 minutes east of San Francisco, close to the sunny shores of Santa Cruz and the snowy slopes of Lake Tahoe. We really are in the middle of it all!

Proceeds benefit the World Of Wonders Science Museum. Learn about energy, electricity, magnetism, optics, and more at the World of Wonders (WOW) Science Museum in historic downtown Lodi, California, where hands-on exhibits stimulate discovery for all ages. The WOW is an engaging, educational, and inspirational science destination where both children and adults can learn about the world around them! 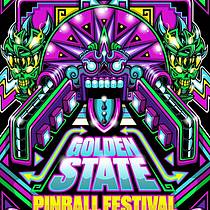 There are 17 Pinsiders known to be attending this event: