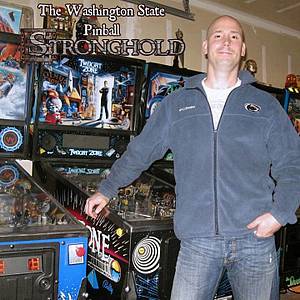 The Progression of a Pinball Addict - A Historical Perspective

The Progression of a Pinball Addict - A Historical Perspective
(Originally posted rec.games.pinball, February 2 2003 by "The_Black_Knight" )

The bottom line up front: "Where are YOU now"?

History has an interesting way of putting things in their proper place.

Most collectors pass through a SIX STAGE PROCESS:

- Usually this constitutes the purchase of "ONE" machine for their home....

- Buys tools for repair that cost more than the purchased game, for "future use" (contributor addition)

- The new collector starts buying machines that do not work, are missing parts, etc.
to save money, or to finance buying more machines

- The new collector realizes he might be over his head technically, as he looks around
and sees how many broken machines he owns, and frantically is looking for parts,
his technical skills continue to improve as a result

- Begins to sell several machines, to purchase other games that have more overall collector appeal

- The collector zones in on specific eras and games, trying to collector the best
from that period of time, based on what he can afford

- The collector begins to invite other collectors to his home, to share the fun and show off his finds

- Collector is "hardcore", only has specific games on his list, or loses interest in pinball,
will not accept games with "flaws", to include NIB and HUO machines

- Collector cannot stand if a switch is malfunctioning, and must fix it immediately

- Owns almost all or most of the machines he ever wanted

- Projects are still in the garage, but devotes time to other pursuits

- Only plays games when company is around

- Looks at his collector as "a part of pinball history"

- Occasionally dabbles in locating "just one more game for his collection....."

- Years of collecting NOS parts that others drool over

- Machines so pristine, to play them is a sin

- As soon as a cat or human touches the glass, the owner is wiping it down

- Thoughts of "Can I be buried in one of these things?" crosses your mind

- You begin to realize there is more to life than pinball
(Family, retirement, a house, etc.)

In conclusion, these stages are not necessary a "bad thing" by any means,
but think about what stage you might be in...

And YES, you can go backwards and forwards during these phases MANY times!

xTheBlackKnightx edited this story on September 06, 2017. 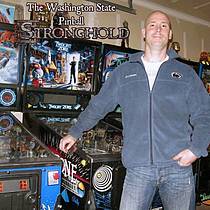 I like how Stage 2's quote is "Hey this is better than I remember" rather than "OH MY GOD PINBALL. I CAN BUY GAMES FOR $500 ON CRAIGSLIST? I NEED TO BUY THEM ALL! THEY'RE GONNA BE GONE FOREVER SOON!".

"Can I be buried in this thing?"

Stage one here, got a good example of one I've always wanted. In the process of making it as good as my abilities / funds will allow. You should also mention in Stage 1: Buys tools that wind up costing more than the restored game will, but have a feeling you'll be doing this again so you do it anyway.

Awesome, I still have only one ( Bride of Pinbot ) because i'm to scared to touch the thing when it breaks and have NO knowledge of how to even begin to learn to fix it :(. Thankfully not much has gone wrong with it in 8 years of owning it and its in good condition.

This is so totally me, it is scary.