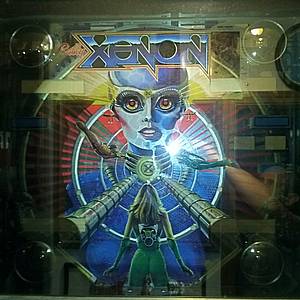 Diving into the Past, A Pinball Survival Story

As a pinball collector and historian, I always look for opportunities to save games from the "dreaded landfill destruction" that were prevalent back in the 1980s and 1990s, both EM and SS games.  People would be surprised today how many quality games were simply destroyed out lack of interest or care.

This is one of those adventures.

Back in 1997, I was living near Kansas City, Missouri in the mid-west of the United States after returning from being in Alaska.  Many operators were purging old inventory stock during this period.  At the time, pinball was on the slow decline even though games of the DMD era were still popular, early SS was not popular with owners, although collectors did understand the value.  This was the last great time of pinball before 2010 entirely based on the current resurgence  as an industry, not necessarily for collectors such as the period from 2001-2005 with reimports. This has occurred many times during this history of pinball.

In this case, I was dropping off shop wood and metal at the local dump in my “pinball mover” (a Dodge Ram 1500 4X4 with topper).  The landfill had four lines of crushing dumpsters where individuals could back up and offload.  As I was offloading, when I looked over my left shoulder and saw a flatbed truck pull up.  It had had pinball machine still on its legs, and back box folded down on top of the lower cabinet.  I recognized the title immediately, Xenon (Bally, 1979).  I jumped out of my truck, and ran over.  However before I could intercede, the owners pushed the entire machine into the dumpster.  “Noooo!”, I screamed.  Other people stopped and looked, wonder what the hell was going on.   I dived into the dumpster to inspect what was left.  The lower cabinet playfield glass was smashed and cabinet split, but the back box looked intact, even though the back box was loose (the game was missing one of the pin style hinges) tied with a piece of rope.

At this point, landfill officials got involved.  They demanded that I get out of the dumpster stating it was unsafe, or the police would be called.  I looked at them, and stated, “$#@% you”, as I was going to salvage what I could.  Obviously, it was going to be difficult, if not impossible to get the entire game out of the dumpster as I was about 8 feet down from the drop point.  I considered my options.  Fortunately, the game even with its legs on had been cushioned during impact due to various amounts of junk that was underneath it.  I carefully lifted the back box.  The double back glass was intact!  I could not inspect the inside, but really did not care.  Inspection of the shattered lower cabinet, showed that the playfield was very rough.  However, I could not remove the back box, as the remaining hinge was still attached.  I jumped back out of the dumpster, and everyone thought I had changed my mind or “accepted” the circumstances.

I was really just going to get my tool bag that I always kept in my truck.

I grabbed my tool bag.  I went back to the game.  I jumped back into the dumpster.

People started to gather as a crowd.

I furiously worked the release the back box.

The police were called and enroute.  I was under a bit of time pressure to get this thing out of the dumpster quickly, especially since the landfill staff kept advising and threatening me while I worked. I ignored them.

I was able to free the backbox, and even got the previous owner who was an operator to lift it out of the dumpster and place it in the back of my truck, although he was laughing the whole time.

The police arrived and carefully arbitrated explaining I was a “pinball collector” and am committed to salvaging history.  They really had no idea what I was talking about at all, but did seem amused.  People standing nearby were still wondering what was going to happen.  The police saw I was completely serious.  The landfill owner dropped the issue, and I was able to drive away without being arrested.

When I got home, I drilled the side lock.  All game boards were intact including the vocalizer board.  I removed the double back glass from the back box for display that was in very good condition, but did have veining on the inside glass.  I rebuilt and restored the boards.  Eventually, I sold all the boards for over $400, which was a huge sum of money at the time, predominantly due to the fact that replacement PCBs had not yet been created and were in great demand.  Take close note, new collectors, as it happening again with WPC95 games and their installed A/V board today.

Over twenty years later, the back glasses and their frame still hang on my wall, as shown in the photo.

In this case the boards went to another Xenon pinball machine to restore full functionality.  Two games were actually saved, not just part of a single one.  Double bonus.

Protect what you can, as pinball history is important and relevant, even if you cannot save everything. 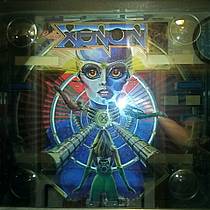 Great story! Thanks for sharing

Great stuff. I would have done the same thing in your shoes. Any Pinball is worth jumping into a dumpster and possibly getting arrested for. Thanks for sharing.

Great Story its what keeps the pinball magic alive.

You risked your life to salvage a Xenon head??? Ok...

Really enjoyed your story. Thanks for sharing!

Yep, save what you can, since these titles won't ever be made again. People are too quick to throw or part something out that someone else could repair or make use of. It happens all the time, sadly :(

This is one of the best 'front page' stories of the past year. Well done.

What a great story! Thanks

Your story gives new meaning to the oft-quoted pinball phrase "nice save."