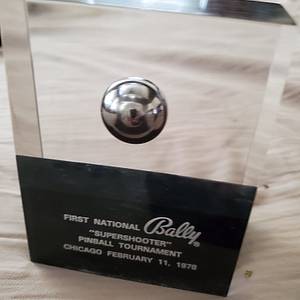 Hello everyone, My name is Chris Parra.

Pinball is in my blood. Pinball has been in my life ever since I can remeber. I was lucky enough to compete in Bally's First National Pinball Tournament in the late 70's at the Playboy Hotel in downtown Chicago. Out of 20 nation wide contestants, I placed 3rd. I won a Datsun B210 Hatchback and a pinball machine. Second place won a Datsun 200SX and a pin. First place won a 280Z and a pin.

It is the highlight of my life needless to say.

Here's how it unfolded:

It was late 1977 and I was 16 at the time, living in Burnsville,a suburb south of Minneapolis. Me and some friends hung out at the Burnsville Center mall. There was a arcade in there called Alladins Castle. One day they had a pinball contest for weekly winners. I won like the third week. I won some albums I think. The next tournament were the weekly winners for the mall winner. I won that and won a CB Radio and a trip to Chicago and The Playboy Club Hotel for the SuperShooter tournament.

Since I was a minor my father went with me. We arrived in Chicago by plane and was picked up at the airport by a limo and driven to the Playboy Club. After we checked in I opened my room and there was a fresh copy of Playboy on my bed! A 16 year olds dream come true!

In the hotel they had a room full of pins for us to practice on the day before the tournament and I can remeber turning over the scoring digits and people were watching. It was really a big deal back then.

When the tournament started, it was in the ballroom. There was all kinds of press there. I remeber getting interviewed by Sports Illustrated and High Times Magazine but have never found the articles. Trying to play was hard because of the press's flashbulbs going off constantly glaring off the table's glass. There were a few bunnies roaming the floor too. So yes, hard to concentrate.

There were like 8 different machines all Bally of course. I do remember one being 8-Ball. The also debued The "Playboy" machine which was under a sheet waiting to be revealed. They told us we couldnt even touch it before debut. The promoters were very serious about this.

So my Dad was at the bar with some friends he knew in Chicago and I was kicking butt. It was me and this other dude in the top 2. Then from no where this kid passed me and I ended getting 3rd Place.

I have attached some pictures of news paper articles, and my trophy.

About 25 years later I found a youtube video from the tournament. It really freaked me out when I saw it. All my family calling it "my video" because it only shows me winning and holding up my car keys and trophy. They never showed the first or second place winners. Heres the link:

I like to get out and play when I can, if I can find pins anymore these days, but fortunatley found this group and since I live in Raleigh I guess Boxcar and Hero's are my closest choices!

I look forward to meeting you all and hearing other stories! 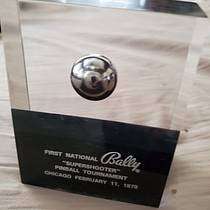 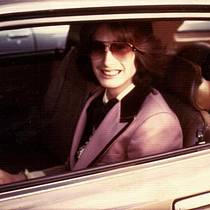 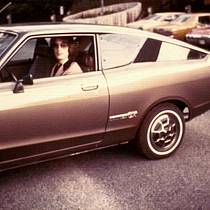 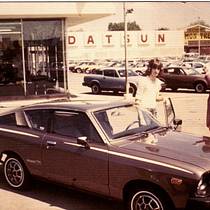 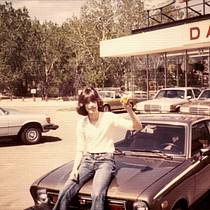 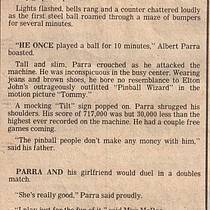 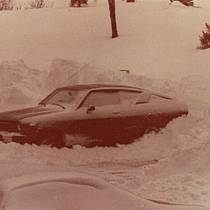 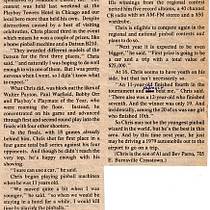 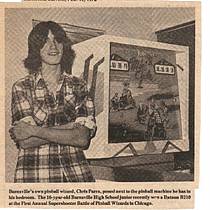 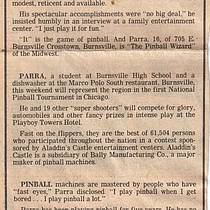 Brilliant! What a wonderful experience. Thanks for sharing this story.

I love these kind of stories. Thanks for sharing man, you own the memory but you made us part of that.

Great story and thank you for "painting the picture" of history. Wonderful job.

Awesome story, I imagine getting to your hotel room and a copy of playboy on the bed... big time.

Good stuff, I hope you still have that sweet jacket!

Super cool trophy and an awesome story! Thanks for a piece of pinball history! Congrats!

Great story, thanks for sharing it.

Very cool. Did I miss reading what game was your prize from the tournament?

Found this mention of the tournament in the 27Feb1978 issue of Sports Illustrated: https://archive.org/details/Sports-Illustrated-1978-02-27/page/n11/mode/2up?q=pinball

That's a pretty cool story, and a sweet car.

Loved it, great memories I'm sure. Halcyon days for Bally were just beginning.

Thanks for sharing your story. Still have the car? :)

Some of the best stuff I’ve see on here. Thank you for sharing.

Thanks for your story :-)

Really enjoyed your story. Thanks for sharing!

Wow, what a fantastic story...yes, thank you for sharing, and the articles, pictures and video too! A very belated "congratulations!" to you. :)

One of my best stories read on pinside!! Thanks for sharing!

Congrats, nice to read about it. Here's another article about the event:

I didn't go, didn't even know about it at the time. There were no Bally-owned arcades near me holding qualifying; my area had a competitor chain called Time Out. Would've loved to be there to compete.

That is just too cool and thanks to pinsiders for providing the additional links!

Great story. Thanks for sharing.

Pretty Amazing story! An experience most will never know! Congratulations!

Very cool story, you must have felt like a rock star winning 3rd place and a car at sixteen! Hopefully, you also got to spend some time with the bunnies, lol

In an article posted above, 62,000 people were competing to receive invites to the event. Had no idea tournament play was that popular at the time.

Thanks for sharing your story and the great pictures!

Great story! You got the best car because you could haul a pin in it...

Seriously cool story and what a memorable to happen to a 16 year old. Lifetime of great memories.

Cool story bro. The stuff movies are made of!

Great story, which pinball machine did you win?

Wow, that was every pinball kids dream come true! Congratulations!

Your story is too good to be true, bro! Just to be able to travel to Chicago and be in the tourney must have been crazy cool, but then you finished third and won a car (and pin) too! A true wizard fable if there ever was one! Your girl was also a baller, she probably made you a better player, eh. Love it!

Someone needs to find these articles for this "kid". I love how it shows the place that pinball had at the time. The playboy mag on the bed made me chuckle...

If you're interested in potentially revisiting pinball fame later in life, message me here on Pinside about possibly appearing in the upcoming documentary film series: Arcade Dreams. I'm the project's pinball/arcade historian and one of the film's producers.

I enjoyed your article.

That was an story!

Very cool story... Very jealous.. Thank you so much for sharing...We need more people to keep our pin community growing

that was a great story. thanks for sharing.
I love how the articles give the exact mailing address of the people they mention. a different time in the world for sure!

Kinda wondering, did you get your picture taken wearing the Datsun car salesman’s suit?