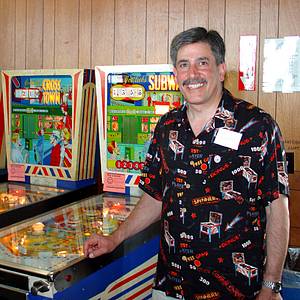 I strictly collect Gottlieb woodrail and wedgehead pinball machines from this era, but also have an interest in Genco and some Williams 50's woodrails. To me, this represents the Golden Era of pinball -- from a player's perspective of artwork, game-play strategy, and overall fun.

I am on the Board of Directors of the Pacific Pinball Museum located in Alameda, CA, and have close to 180 games in my collection.

wedgeheadjunkie edited this story on September 25, 2014. 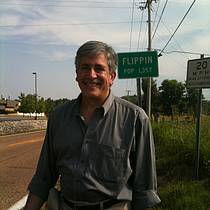 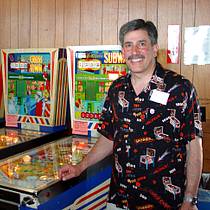 Welcome to Pinside wedgeheadjunkie Larry. Glad you are here on Pinside. Thanks for all you do for pinball w/ the PPM. Gottlieb made some great e-m's and early ss pinball machines w/ nice artwork. First pinball machine I ever bought was a wedgehead add-a-ball e-m type ('74 Gottlieb Free Fall)

Welcome to pinside Larry. Gottlieb made alot of the best Em's ever!!! I grew up on the wedgeheads but when the early Gottlieb SS pins came out, well..........what can I say, Hooked for ever!!!

Warmest regards to you!!