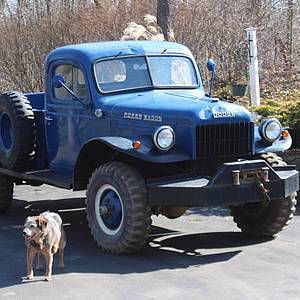 Giving Thanks for Family and Pinball.

This story got featured & frontpaged on November 28, 2018

Thanksgiving was held at my brother's home this year.  I do look forward to spending time with family and having more than my fill when it comes the edibles, but never enjoy the traveling.  Brother's house is one destination that is worth the journey though, and even though there were two rowdy nephews, a grandma with no reservations when it comes to what she says, and a half crazy border collie always nipping at visitor's ankles I was still looking forward to the day.   Not always, but sometimes, when the opportunity allows I sneak down into the basement to what was once his man cave.  Down there behind all the laundry and a mountain of kids toys is a bar, a billiards table, and tucked away in the corner a Flash Gordon pinball machine.  This machine is nothing special. The cabinet is scuffed and dinged, the playfield was crudely painted over areas of bare wood, and half of the general illumination bulbs were burnt out..  Strangley enough the backglass is in perfect condition and more importantly the game still powers up and plays.

This year, Thanksgiving dinner was more of a late lunch as everyone was seated at the table with their plates by 2pm.  An hour later most everyone had moved on to watching football, looking at newpaper ads, or the early stages of a nap.  I knew this was my moment of opportunity and snuck down into the lower level to the awaiting Emporer Ming.  After a couple quick games I felt several sets of eyes watching me; the nephews and brother in law came down to see what I was up to.  From then on it was four player games of simply fun pinball.  There were noises of all sorts for both good shots and bad. . . and of course a lot of laughter.  More often than not we earthlings had some rather short ball times, but being honest I would not have changed a thing.  At home I get focused on achieveing a high score or completing the goals withing a game when playing.  This year's Thanksgiving sidelined my competitive side and was a great reminder of why I really like pinball.  Some less than perfect players on a less than perfect game had a great afternoon. . . even with Grandma bringing up stories of her past love life.

Hope everyone else had a great holiday!

That is a WONDERFUL story ... Thanks for sharing !!! Sounds like some future Pinsiders were created there on Thanksgiving !! NICE !

Good story. I could feel the warmth of your Thanksgiving. Thanks for sharing.

For the last week I've been thinking of brother's Flash Gordon. . . I'll have to take some new bulbs, ball, etc. to spruce it up a little bit next time I head over there.

Great story. It seems pretty easy to get caught up in getting competitive...but it's nice to hear stories and experience times where we just play and have fun. I had my family over for Thanksgiving again this year. The big hit?....not the turkey...not the gravy...Close Encounters of the Third Kind. ^_^ Thanks for sharing.

Awesome story. Thank you for sharing. Hope your Christmas is even better!!!