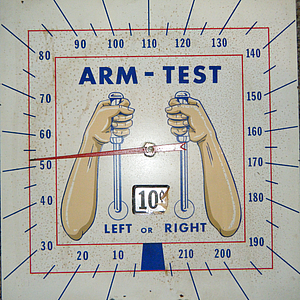 This story got featured & frontpaged on September 05, 2022

In 1965; as a pimple faced 15 year old in Keansburg New Jersey’s amusement park; I walked up to the owner / operator of Fun City USA Mr. Bob Falk; and asked: “Can you use any help here in your arcade”? Bob smiled and replied “Well what can you do kid”? Of course knowing all there is to know in the world at 15 I replied “Anything”! His reply was “Well, I must hire myself someone who can do anything; come on by tomorrow morning to get started”.

That was 57 years ago and to this day Bob and I keep in touch as he recently celebrated his 86th birthday!

I had the opportunity to work with a Team of skilled technicians resolving the common issues of electro-mechanical (pinball, candy, cigarette, and other vending machines) and mechanical coin operated amusement games such as the most famous “SKEEBALL” complete with the quadrant gear used to reset the score drum from 0 to 450 pts which has a tendency to wear out quite often..

My job the first year was to clean the exterior of the games, give out change on the floor and hand out tickets for the redemption games.,Shortly after starting I was allowed to begin cleaning and waxing the playing fields of the pinball machines as they quickly realized I took care not to damage anything while cleaning the exterior of the games. Not to mention how quickly I learned what they meant when they sent me to the supply room for elbow grease! To this day I believe someone will package a can of elbow grease for the next generation of technicians and engineers.

The following year, I quickly began to clean and or replace defective components in the game (Contacts, Relays, Solenoids, and mechanical components).

Then I met the most amazing technician of them all “Carmen Mamano”. Carmen was the creator of the now famous Midway game “RaceWay” (recently sold for $27,500.00). Carmen took me under his wings and taught me two of the most valuable pieces of information any technician or engineer needs to know:

Having mastered reading schematics and measuring both voltage and resistance, I quickly (by 1969) became the goto guy in the shop for the more challenging and difficult faults to diagnose; intermittent and timing failures.

Fast forward as I enter the twilight of my career. I finished high school in ‘69, received an associates degree in' 72, a technicians diploma from RCA school of electronics in Camden NJ in '73. I.continued working in FUN CITY full time until the fall of 1975. I was a member of the local volunteer first aid and fire department. In talking with a member of the Fire Department, with my background he suggested I take a look at an electronics company in Eatontown, NJ called Electronics Associates Inc (EAI). I went there to knock on the door and ask if they needed any help in the facility; however, on my way I first came to a manufacturing firm called “Interdata”. I walked in the front door, asked the receptionist if they needed any help. I was directed to the HR where they actually showed interest (No, they did not ask me what I could do for them)! Instead, they handed me a test. After they evaluated my results they had a few questions regarding my answers to some of the questions. For example, why did I choose NONE for the symbol of a plug? I said because the symbol is an AND gate and when the two inputs are active, then and only then would the output be active. The choice of answers did not allow for the selection of an AND gate.

After 20 years working for Interdata who was purchased by Perkin Elmer, and later sold back to the leadership team our new name became “Concurrent Computer Corporation” as parallel processing in the late 1980’s was becoming more and more popular.

My career then took me to Digital Equipment Computer (DEC) later purchased by Compaq, then HP. I left the comfort of working near the Jersey Shore in 1999 for a position with a DOT COM startup called InterWorld. That position lasted until 911 as the Venture Capitalists from Nevada pulled the plug on our funding (Hmmm… 2001 was not the time to be working for a DOT COM startup anyway). I would have left anyway as after that day in NYC as myself and others found our way off the island I declared “I’m going into the defense industry”! I did just that and have been working on government programs ever since with companies like Lockheed Martin, US Coast Guard in Washington DC, CACI in MD, followed by EOIR in Eatontown NJ on a US Army program out of the Picatinny Arsenal Base in Wharton NJ. Here I realized I don’t care who signs my paycheck as long as it is made out to me as EOIR merged with Polaris Alfa, then and most recently and presently PARSONS Corporation.

So here I am after 57 years since cleaning amusement games, working a reduced work week of 3 days for the US Army.

Now comes the exciting path of my career which has gone full circle. I now work one day a week for Coastal Amusements out of Lakewood NJ. Here I repair (well learning to repair) surface mount logic boards consisting of both analog and digital circuitry for the gaming industry. My work is under a microscope as I locate defects and replace SMD components.

So there you have it in a nutshell; Cleaning Games, Repairing Games, Testing Computers, Engineering corrections to computer firmware, software, and hardware. Teaching at Monmouth University in both Computer Science and Systems Engineering as an Adjunct over the years, to leading the Test Engineering Department of the US Army’s next generation of Situational Software.

I owe all of my successes to Mr. Bob Falk and Mr. Carmen Mamano. Fun CIty provided me with a sandbox to play and learn, Carmen provided me with an amazing insight into electro mechanical devices. Mistakes along the way; many; but each taught me something new!

Thanks for sharing your story—very inspiring! I especially like your attitude towards learning and trying new things as you go, and honoring your mentors along the way. (Also great tip on the elbow grease—I see they are fresh out on Amazon but I’m determined to find a can of it…maybe I’ll put my teenage neighbors on the case!)

True Americana Story through and through! Thank You for sharing!

Wonderful story! Thank you for sharing

Thanks for sharing your interesting story. Great lesson in going out and making life happen. Awesome you are still in touch with Bob.

What a great story! It illustrates how important it is to give kids with the right attitude a chance and how big of an impact people who share knowledge and teach can have on a person's life. We don't realize these things until we look back on our lives and it's great you are still in touch with these people. It really is the payoff for a teacher, when a successfull student becomes a life long friend! What I love about the pinball community, especially here is their willingness to share information and teach anyone with the right attitude. Thanks for sharing.

Very cool story. Thanks for putting it out there!

Great story of a hard working kid that seems like it paid off with very rewarding life experiences. It's too bad that work ethic doesn't seem to exist these days.

What a story! You lived and are still living a great life today.

Wonderful story. Thank you for sharing.

This is what I love best.
There are important encounters in life.
The very few who detect skills and nurture what I call "the initial spark" and bring confidence to the newcomer, passing the bug.
Whatever the bug is, this is precious.
The fact that you are still in touch after all these years just make this kind of relationship even more important.
Nice story, may you extend this experience for several more years.

It is amazing how one person can alter the trajectory of another.

I love it… the AND gate response sealed the deal.
Great read, thanks for sharing.

i just stumbled upon this story at 9am this morning, and it already made my day. very inspiring. and makes me want to teach what i know (which is nothing compared to yourself) to the next generation.

What a nice read - thanks so much for sharing your story! It was really inspiring. Nothing like mine, where I am in IT for my life and pinball/amusement is just a hobby!

Were you a field service technician for DEC? I have made a career out of writing software on OpenVMS.

Wonderful trek! Thanks for sharing.

Hey George...do you remember that hot dog stand that was there forever? I forget the name but that nice older lady was ALWAYS there serving at the window. They were the best! Early 70's used to go there with my aunt. She would play Skilo for hours and I would go on a pinball "tour". I remember TONS of EM's all over the place. Then came the drivers license, girls etc. and before you knew it pinball had the backseat lol ;(. I finally left the area when they closed the Rte 35 Drive In in Hazlet. Seemed the time to move on for me but was without a doubt the best time you could ever wish for to have grown up at the Jersey shore! I'll drive through Keansburg, Point Pleasent and Seaside when I'm visiting but always end up in Wildwood to spend some quality "shore leave" time.