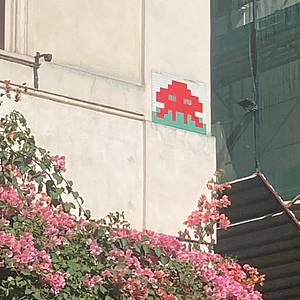 The end of an era

I bought my first arcade game in the late 90's from my friend Joe. We met in college and never knew we lived just a few miles apart all our lives. He already had a few games and about 5 pinballs. Around 2001 I bought Bram Stokers Dracula from him, my first pin. Honestly I was reluctant to get into pinballs. I only wanted to get arcade games and the only pinballs I could recollect from memory was Space Shuttle. I played the snot out of it back in the day but pretty much ignored all other pins, even in the 90's when Williams and Bally were releasing awesome titles. But playing the 5 pins at Joe's house was a spark. Dracula, Twilight Zone, Attack From Mars, Indiana Jones, Theatre of Magic. I never knew they progressed into such elaborate machines. Eventually I purchased Indiana Jones from him also, around 2002. He still owns Attack From Mars and Theatre of Magic. We would never miss an auction in NJ, PA, or MD. I even drove to OH to buy MaxRpm, a 16hr driving day. My collection grew to 6 pins and about 25 arcade games and Bunkercade was born in our barn. I made the cover of Gameroom magazine in 2005 (see in my photos). Lurking on RGVAC and RGPIN became an obsession and really that was the only place to get any help fixing these. Parties were a hit in Bunkercade but keeping up with the maintenance on the games was taxing as I found myself getting into other hobbies and time was split. Within this past year I decided to sell off my collection but interestingly is that my love for playing has grown again with the opening of some fabulous arcades not too far away (Pinball Parlour, Silverside Games, Ram Arcade, MOM's market, etc.) Iv'e always loved playing but just got burned out on the maintenance. Iv'e sold quite a few games and a couple pins to Bill at Pinball Parlour (SUPER great guy). Ya see, now I can go play "my" games at his place :) Others from KLOV have purchased some games and last in my pinball lineup is Johnny Mnemonic (that damn hand), The Shadow (my Cadillac), Champion Pub (a party favorite), and BS Dracula (still my favorite to play and MIGHT stay in Bunkercade)

I put a lot of time and effort into creating Bunkercade, something I'm very proud of especially when I started it over 20 years ago. I can see it morph from digital to analog with a ping pong table, pool table, skee ball, air hockey. No more cap kits, no more bridge rectifiers.

Interesting perspective. We started about the same time. But, I have embraced the maintenance side of it and sometimes, I actually like that more than playing the games. You got one thing right with pinball, your first purchase is among the best machines. There will NEVER be another game quite like BSD.