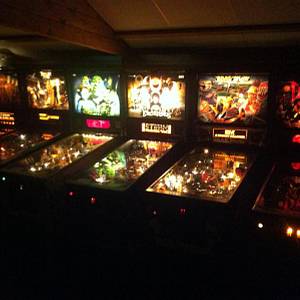 How I got addicted to the silver ball

Ever since I was a small version of my current me, my parents used to take me and my older brother out camping. A frequent destination for these summer trips was France, a country that always seemed to have pins in every location! Back then, almost every camping had one or more of 'em, often in excellent playing condition. To cut a long story short, I was hooked to the game as soon as my little fingers could reach the flipper buttons.

Some years later, say around 1995, as I started going out to the local bars in my hometown, I quickly found out the places that had good pins. Now maybe I was born too late, but it wasn't long after this renewed interest in the silverball game that the local operators found out how touchscreen games ("photoplay") brought in steady cash while, unlike the pinball machines, requiring next to no maintenance. Pinball machines quickly disappeared from all the places where I enjoyed playing them and my new hobby seemed doomed.

Then came 1998. A friend of mine, who at the time worked for a moving company, rang me up to ask wether I wanted to store his pinball machine. Did I ever! Apparently he got it for free from a very happy client (actually some bar that went out of business) but lacked space in his house. The machine was a 1992 Doctor Who and was in pretty good shape.

Access to a -real- pinball machine really got the ball rolling. After carefully studying every inner detail of the machine (mind you, I had been wondering for years what, for example, a tilt mechanism would look like) I needed more info from outside sources. Enter the internet. I quickly found a whole world of information and -even more important- a world of machine trading. It wasn't much later that I went looking to buy my first machine.

I got my brother enthousiastic at the idea of buying a machine together and soon went to Delft to look at "our first pin". Boy, I still remember standing there in this garden shed, next to a perfect Twilight Zone contemplating wether to spend so many of my hard earned guilders (It later turned out to be a steal at approx 450 Euros) on this big toy. Haha! Those days.

Next up for buying was my friends Doctor Who, he needed the cash and sold it for a nice price. After that came Whirlwind, Theatre of Magic, Earthshaker and ... well, check my collection for the whole list.

Start of the Koog Gamerooms

After a while, playing with friends and relatives, my brother and I decided that we wanted to share the collection with everyone else who loved the game. Egbert, another Pinhead from the Alkmaar area, liked that idea and we joined forces (and collections) and soon we had two rooms filled with 21 machines. The moment the Koog Gamerooms came to be! 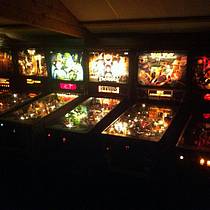 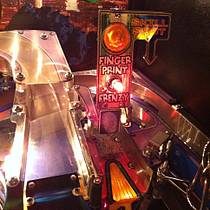 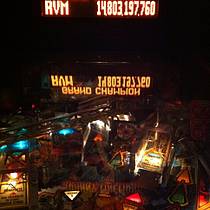 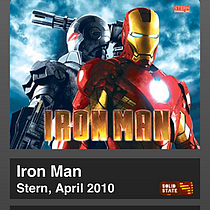 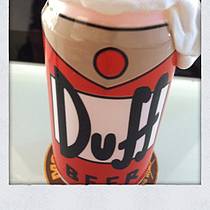 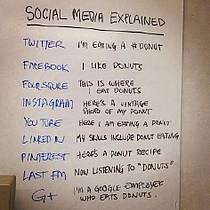 Wow Robin thats a really cool story. When did you start the Koog? what dose Koog mean? Is it open to the public, and do you make money off of it? I have a space at the back of our store, The Beach Shack (it's a tanning salon), that I started cleanning out to make way for the games I just bought. I was thinking it would be a kinda club for me and my friends. Now you've inspired me to get off my butt and finish cleaning it.

I think we officially opened somewhere at the end of 2000. But we had friends coming over some years earlier (ever since buying the Twilight Zone, see my story on that machines page for more info). The name "Koog" is derived from "Beverkoog" which is the name of the industrial estate on where we're located. The official name is "Pinball De Koog". Great to hear we've inspired you to build a gameroom. If you need any tips, shoot me a PinsideMail!

Fantastic story man! It gets me pumped and excited about being in the pinball hobby all over again!

I enjoyed reading about your hobby, good luck on your business endeavor and I hope it continues to be an enjoyment for many years to come. I can't wait to restore the new to us Silverball Mania game we have.

hi Robin,
It's nice to hear you have discover the joy of pinball in my country^^
Long life to the Koog Gamerooms !

Wow what a great deal on T-zone,
I used to watch Dr Who all the time as a kid but only played that machine a few times. A great idea in opening the koog

W'll meet again, maybe this year at the RFT!

Cool story Robin. and a Dr Who first up, that's good stuff. I will not mention this to my Son, a DR Who Boy.

Hi all!
I'm very new to Pinside and have a doctor who machine. I have a question for anyone... My time expander is going a bit crazy at the moment... it goes up and down at its own free will and at times when it goes down to stay it raises itself at times a little too high therefor when I try to shoot the 2 balls in for phase 1 my ball just hits the lip and bounces off to another part of the machine... can anyone help so I don't have to call a technician?

Love the story Robin! Great collection too. Thank you for all your hard work on this site. I know I enjoy reading on it almost every day. Sort of therapeutic and relaxing for me. :)