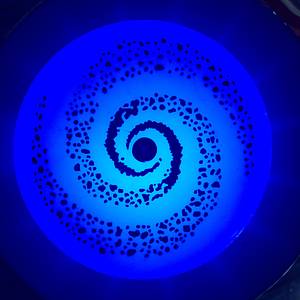 Originally from Omaha, NE and now back in Omaha. I commute to Lincoln for work.

I was always into vids as a kid growing up during the 80s. I could always get more for my quarter... more so than pins. Pins would always kick my a$$ and take my $$.

Once I graduated college, (and had a bit of expendable income) I decided it would be a good time to get a vid. I went to an auction in Ohio back in 2000. I was there to purchase my first vid, a Ms. Pac, and did. Since then I have added several vids to the collection, but no pin. Until 11/29/2014...

I did, however, pick up my first pin, a Mars God of War. Something about the widebody, Cadillac feel of play drew me in. The similarities to BH (same make, same release year, widebody, multiball, back glass chaser lights, voice, theme, etc.) MGOW is awesome!

With the next $, I think I'm holding out for a BH to sit next to the MGOW.

****UPDATE: Grail Unlocked!!! 2/7/2015. (Didn't take long:-)) Black Hole has now been added to the collection. Thanks Jason. Such a great pin. I'm looking forward to the newest addition to the family.