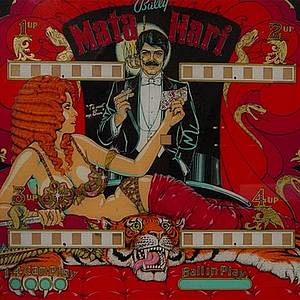 Though I played many games before it, the first pinball machine I distinctly remember playing was Mata Hari, as it was a new game that had just arrived at the small local restaurant in Belgium that had a couple of pins, and all the cool kids were conning their parents into bringing them there to eat so they could play it and brag about it at school. At my international school with kids from more than 40 countries, everybody pronounced the name of the game a different way, but had a similar experience of fun.

I started playing pins in European airports in the mid-1970s and played obsessively until the video revolution, when my attention was drawn to those games. I came back into pinball in a big way when my son Andrew first played a Tee'd Off at a church fair on September 1, 2004. A couple of years later, Santa brought a Star Trek: The Next Generation.

My son Andrew placed second in the Juniors division at his first tournament, FlipOut at the 2011 Chicago Pinball Expo. He was invited to compete at PAPA 15 in Pittsburgh in August 2012. There he scored 314 points in qualifying, narrowly finishing second behind the brilliant Josh Henderson (319 points). Considering Josh is currently ranked #13 in the IFPA among players of all ages, Andrew's performance in his second tournament was also a big surprise!

The switch to a 4-player format in the finals threw Andrew a bit of a curveball that day, and he wasn't able to make the "final 4", but was thrilled with the experience and very happy to see familiar faces and meet some fellow young wizards at the incredible PAPA facility.

Our two experiences at high-level pinball tournaments have been absolutely fantastic. Without a single exception, the many people we have met have been nothing but friendly and positive. I could go on at great length about the many moments of kindness and friendliness, hospitality, generosity, and sincere good will that my son and I have been so fortunate to experience in such a relatively limited period of time. We can't wait to attend our next event and continue cultivating good relationships with a truly phenomenal group of people!

After visits in the past few months to two great North Carolina pinball locations at Lost Ark in Greensboro and Flippers in Grandy, we are excited to be working with local pinheads to form a pinball league in the Raleigh-Durham-Chapel Hill, North Carolina area starting in 2013, and we welcome all interested players!

PsychoPsonic edited this story on November 30, 2012. 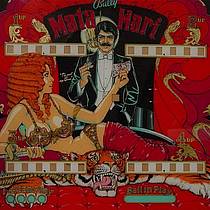 Hope your son plays well in upcoming pinball tournaments. I also played pinball back in the 70's. Great fun. And some machines back then had cool artwork.